HARTFORD, Conn. (AP) — Voter turnout for Tuesday’s municipal elections was “slow but steady” across Connecticut, with big city mayor to local zoning board positions and local referendum questions on the ballot.

By early afternoon, the statewide average for voter turnout was a little more than 8%, which Secretary of the State Denise Merrill said appeared to be about on track for a typical local election year, or possibly lower. Turnout was about 30% in 2017. All but Andover, Bethany, Union and Woodbridge were holding elections Tuesday.

“It’s slow but steady,” said Merrill, who said she had not heard of any major problems at the polls as of midday.

In Bridgeport, voters were given the go-ahead Monday to head to the polls Tuesday by the State Supreme Court. Several local residents have been seeking to overturn the Sept. 10 Democratic primary, citing absentee ballot irregularities. But the state’s highest court put off a ruling on whether to order a new primary.

Bridgeport Mayor Joe Ganim narrowly defeated state Sen. Marilyn Moore by 270 votes in the primary. Moore and several other candidates are now running against Ganim as write-in candidates, along with Republican John Rodriguez.

Merrill said there’s some concern in Bridgeport that an unusually large number of write-in ballots might be cast. She said one candidate’s campaign has asked her office to come to Bridgeport and monitor the situation if the write-in ballots need to be moved.

“They want to make sure it is all properly discharged, which is fair enough,” she said, adding how it was “very small” and a “potential” issue.

Besides Bridgeport, there are mayoral elections in most of the state’s other larger cities. In New Haven, for example, incumbent Mayor Toni Harp is hoping to win reelection as a third party candidate after losing the Democratic primary to Justin Elicker, a former alderman.

In Danbury, Republican Mayor Mark Boughton, who ran an unsuccessful run for his party’s nomination for governor last year, was seeking a record 10th two-year term as the city’s leader. He’s facing a tough challenge from former City Council President Chris Setaro, a Democrat who has managed to match Boughton in fundraising.

The Danbury News-Times reported that morning voting was heavier than normal in one downtown ward for a non-federal election year.

“That’s because there has been a lot of campaign and a lot of people have come out to vote,” George Ganolo, a Democratic moderator, told the newspaper. “I don’t know which way they’re going, but a lot of people are here.”

While local issues will likely be on the minds of voters, federal ones may be as well. Democrats in some communities are encouraging voters to send Republican President Donald Trump a message. One flyer circulated by the Manchester Democratic Town Committee said “the only way to stop him is stop them,” referring to “Trump Republicans” at all levels of government. In Greenwich, a local police sergeant was recently placed on paid administrative leave pending an investigation, after admitting he purchased campaign signs that linked the GOP’s first selectman candidate, state Rep. Fred Camillo, to Trump. 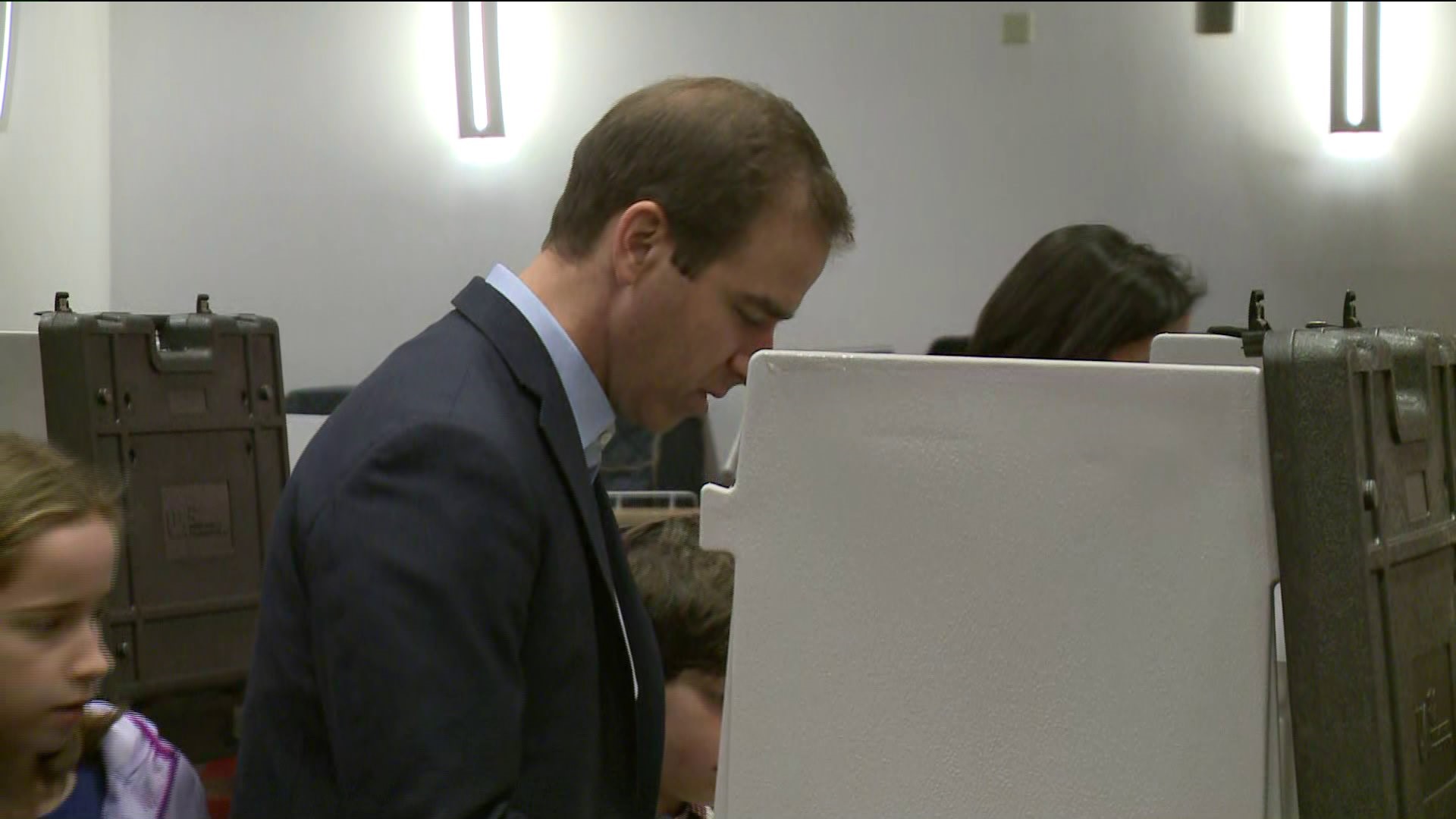 Republican Party Chairman J.R. Romano has criticized Democrats for tying local and federal politics, saying "that's not what local politics is about." The GOP controls 101 of the state's 169 municipal chief executive jobs.