What you need to know about ‘Ring’ cameras, ‘Neighbors Portal’, and the connection to your local police department 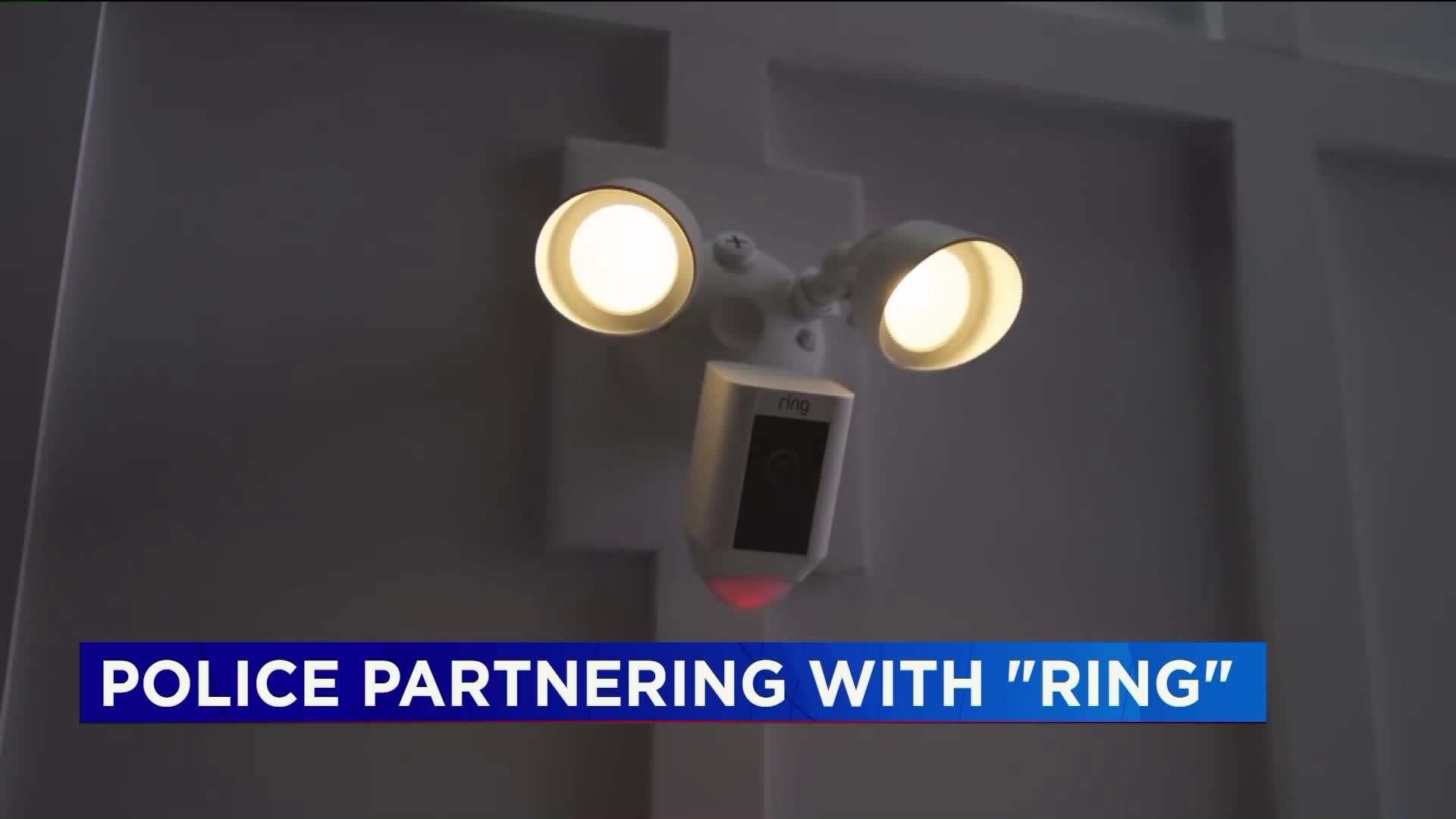 What is Ring and the Neighbors Portal?

The popular security camera doorbell service, 'Ring' by Amazon, launched its 'Neighbors Portal' in 2018. Since then, nine police departments in Connecticut have signed up to partner with Ring to help police their communities.

"You can answer your door without being home," says Wolcott Police Chief, Edward Stephens. The Wolcott Police Department was the first police department in the state to bring the Neighbors Portal to their community.

You may have seen the videos posted by your friends, family, and neighbors of the videos recorded on their home surveillance cameras. You may have even seen them on the news.

From spotting wildlife to serious crimes—there's now a hyperlocal app where people living in your neighborhood can share what their home cameras are capturing. It's called the 'Neighbors Portal,' powered by the 'Ring' camera.

Anyone can join the app, whether you have cameras or not. You also don't need to have Ring-brand cameras to post your home surveillance videos on the app.

Local police departments are partnering with the 'Neighbors Portal' to get access to those videos.

"[Homeowners are] making sure their homes are safe," says Chief Stephens. "If they see a suspicious thing, they'll send it to the police department. They'll call the police department and say, 'I have this video.' We are now working with our community, who we work for, and with Ring to accomplish one thing; keeping your home safe and catching the bad guys."

Homeowners will receive an alert on their phone, sent to them from their 'Ring' camera when someone comes onto their property. If those people are committing crimes, police can request the 'Ring' video and then use the video to solve those crimes.

Police only have access to videos that you post on the app, but they don't know who posted it or from where it was published. If they want access to the video, they reach out through 'Ring' to ask homeowners for the video.

"All the homeowner would do is either check off yes or no," says Chief Stephens. "If they check off yes, then 'Ring' gets that video and sends it to us."

If you don't have a 'Ring' camera, police will post a message asking people to send in videos voluntarily.

Amazon has partnered with more than 400 police departments across the country, offering departments free 'Ring' cameras to give away to residents to market their product. Chief Stephens says the partnership does make Wolcott a safer place to live.

"We have made two arrests because of this. We had footage to tie [the suspects] who were arrested in a [different] burglary to another burglary of people breaking into homes and stealing appliances," says Chief Stephens. They have made another arrest from home surveillance systems before using the 'Neighbors Portal' as well.

In other communities, like Naugatuck, video posted to the 'Neighbors Portal' allowed police to catch a hit-and-run driver. Even in places where the police department itself isn't hooked up to Ring, neighbors have collaborated to help each other. In Manchester, people helped one resident recover a stolen pickup truck.

The close partnership between the police, your home, and the 'Ring' app has given rise to privacy concerns. The ACLU and other civil rights organizations complain the app leads to more racial profiling and is not consented to by the entire community.

"Communities should make these decisions when given the facts by their police officers and chief," says David McGuire, the Executive Director of the ACLU. "[If] they decide they want to bring technology with proper safeguards, which means data retention limits, not selling this data, [and] not using it in ways that are racially biased -- then communities should be able to bring that on. The problem is communities are not being consulted in an equal way right now."

The ACLU is calling for legislative change in our state.

"We believe it's time for the state Legislature to step up and pass a comprehensive statewide law around police surveillance that would govern technologies like the 'Ring' cameras, license plate readers, closed-circuit televisions, and drones," says McGuire.

The privacy policy for 'Ring' says they may disclose your personal information in response to requests by government agencies, such as law enforcement authorities.

In response to questions about their privacy policy, 'Ring' said in a statement: "'Ring' does not disclose customer information in response to government demands unless we're required to do so as to comply with a legally valid and binding order."

On the Wolcott Police Department's side of the app, we were not able to identify anyone who posted videos or comments.

"There's no specific addresses," says Chief Stephens. "Even if you zoom in, you won't be able to see any addresses."

But, the Wolcott Police department can post messages to the community, and they see everything displayed.

"Does it bother me? If it helps solve crime, not really," says Wethersfield resident and'Ring' user, Jacob Dounouk.

A 'Ring' spokesperson told FOX61 that they balance privacy and security:

"Ring's mission is to help make neighborhoods safer, and with that mission in mind, we've designed products and tools that connect communities while protecting user privacy."

"It's community involvement at its best," says Chief Stephens.

Other police departments in the state who work together with 'Ring' are Fairfield, Orange, East Haven, North Haven, Branford, Guilford, Waterford, and Naugatuck.

Many other camera systems allow you to protect your home right from your smart devices. To see the best-rated cameras, their pricing, and other safety features, Safe Home has a full analysis of many different systems here.