Woman helping struggling immigrants who will not receive a stimulus check

Veralucia Mendoza, an immigrant herself, created a Facebook fundraiser to help those who don't qualify for any government help in the Toledo area. 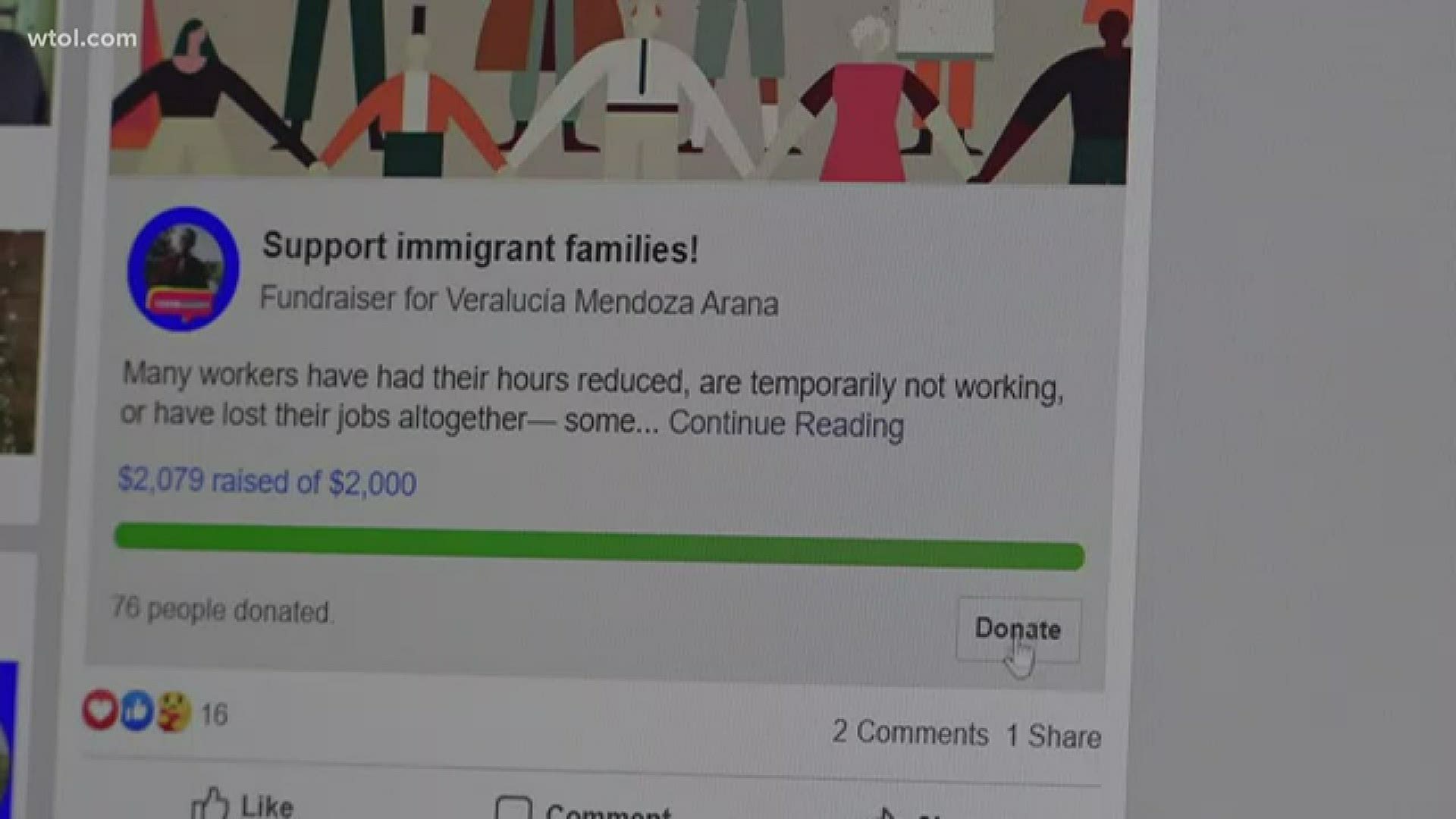 TOLEDO, Ohio — While most people are able to get some type of help right now during the coronavirus pandemic, there are others who don't qualify.

Those groups include immigrants living here in the U.S and in the Toledo area.

However, community organizer, Veralucia Mendoza is helping those families.

"I started a fundraiser, just on Facebook, very quickly using their tools, their fundraising tool for two specific families in response to the crisis that has been created around COVID-19," Mendoza said.

Mendoza, an immigrant from Peru, created a Facebook post last Wednesday after hearing about people struggling to put food on the table. Many are families who are not eligible for the stimulus check because of their immigration status.

RELATED: Millions of Americans will get stimulus checks, but here's who won't

A U.S. citizen who only wants to be identified as Ashley, who is a mother and the wife of an immigrant, says her family is having a difficult time.

"When President Trump put that block against the American citizens who are married to immigrants, even if they have an ITIN number, then we can't get the stimulus check. It feels like its a blow, like a smack in the face,"  Ashley said.

She is only working part-time while her husband, a restaurant employee, is out of a job because of the closures due to the pandemic.

Mendoza decided to step in and raise more than $2,000 to help them and another family.

"It's really unfortunate that we say it's about legal migration but U.S. citizens and legal immigrants are still being hurt and left out of a relief package that really should just be for all people because it's a humanitarian issue. The virus doesn't discriminate immigration status," Mendoza said.

As a result of limited income, Ashley is now having to make cuts in her family's monthly budget.

But with the support coming from Facebook, Ashley wants to use the money raised to pay for rent, clothes for her son and other accumulating bills.

Meanwhile, she and Mendoza are hoping one day more people are willing to look past the politics of immigration.

"They shouldn't be so quick to judge a book by it's cover. Because the immigrants that do come into this country, nine times out of 10, they're looking for a better life and a better way to provide for their families," he said.

"And look at the reason why people migrate. And not just make assumptions about wanting to live off of something. Right? But actually look at the geopolitical reasons that people migrate. Nobody leaves home because it's fun. You only leave home when home is the mouth of the shark," Mendoza added.