Hartford Mayor Luke Bronin offered up the Capital for the Blue Jays to play in Dunkin Donuts Park on Wednesday. No decision has been made as of July 23. 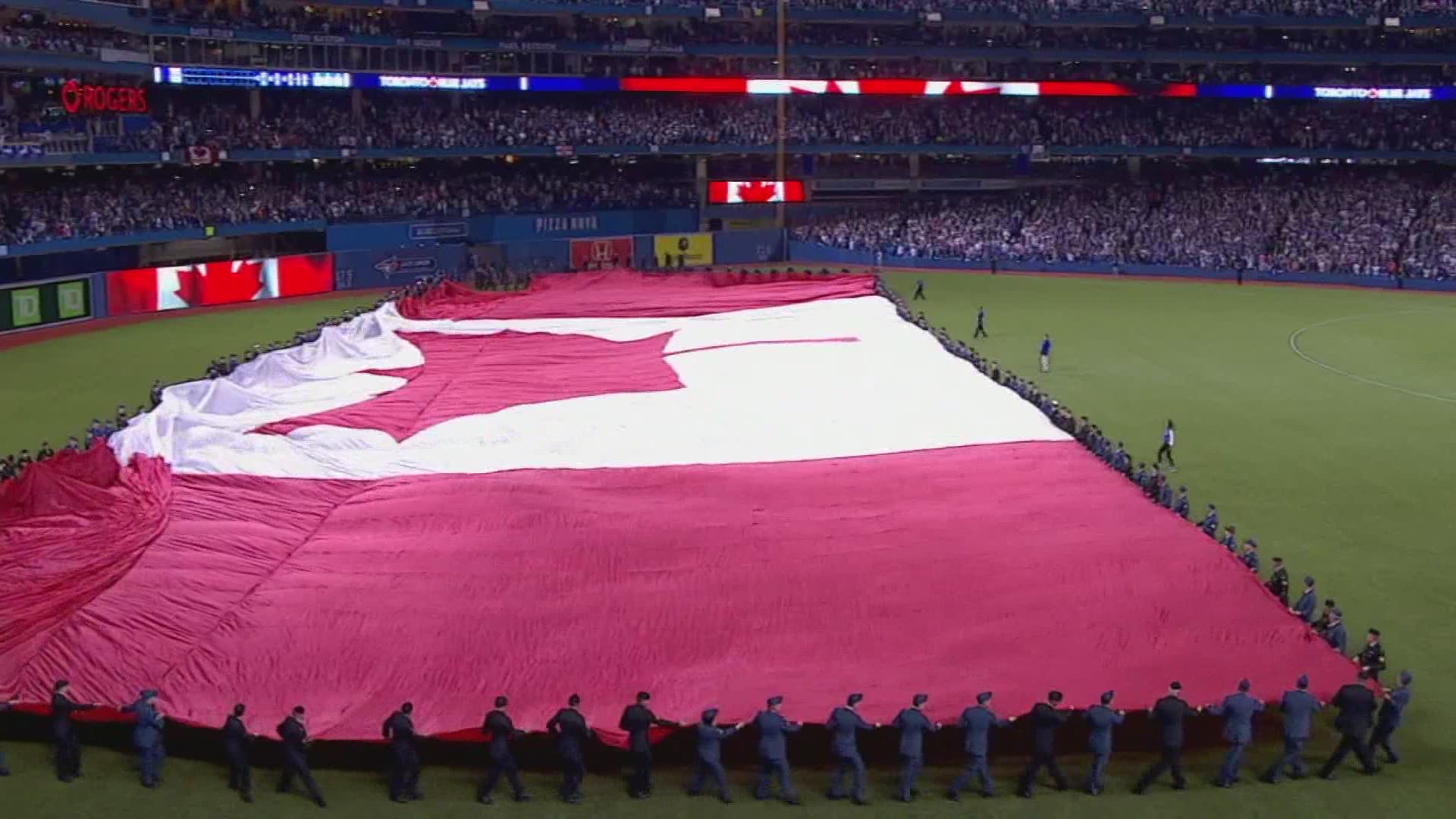 HARTFORD, Conn — On Thursday in the later July, baseball returned to the U.S after being delayed for months due to the COVID-19 pandemic. The Toronto Blue Jays as of July 23, still do not have a home stadium to play in.

Enter...Hartford? On Thursday, Governor Lamont said he spoke with the Blue Jays organization about bringing the team to Connecticut.

"We had a couple of conversations informally with the Toronto Blue Jays, and I think the Yard Goats stadium would be a pretty nice place to be in the near term," said Lamont.

Hartford Mayor Luke Bronin tweeted Wednesday saying Hartford was ready and a better place to go. Connecticut's COVID-19 statistics have been trending downward for the last several months. The Hartford Yard Goats who call DD Park their home during the spring and summer months had their season in June canceled due to COVID-19.

Hey @BlueJays — #Hartford’s ready. And CT is just a better place to be.
Cc @GoYardGoats https://t.co/o6hQMKKBgc

However, Connecticut is not the only suitor for Major League Baseball's only Canadian team. ESPN reports the Jays are in talks with the Baltimore Oriels and the state of Maryland about using Camden Yards.

"We are going to try and work it out from a healthcare point of view but they have other options," said Lamont.

WGRZ reports Canada denied the Blue Jays' request to play in Toronto because the regular-season schedule would require frequent travel back and forth from the United States, where COVID-19 cases are surging. Canada has flattened the epidemic curve.

The Toronto Blue Jays have not announced a decision as of July 23.