Spanos has been serving as the Huskies defensive coordinator since 2019. 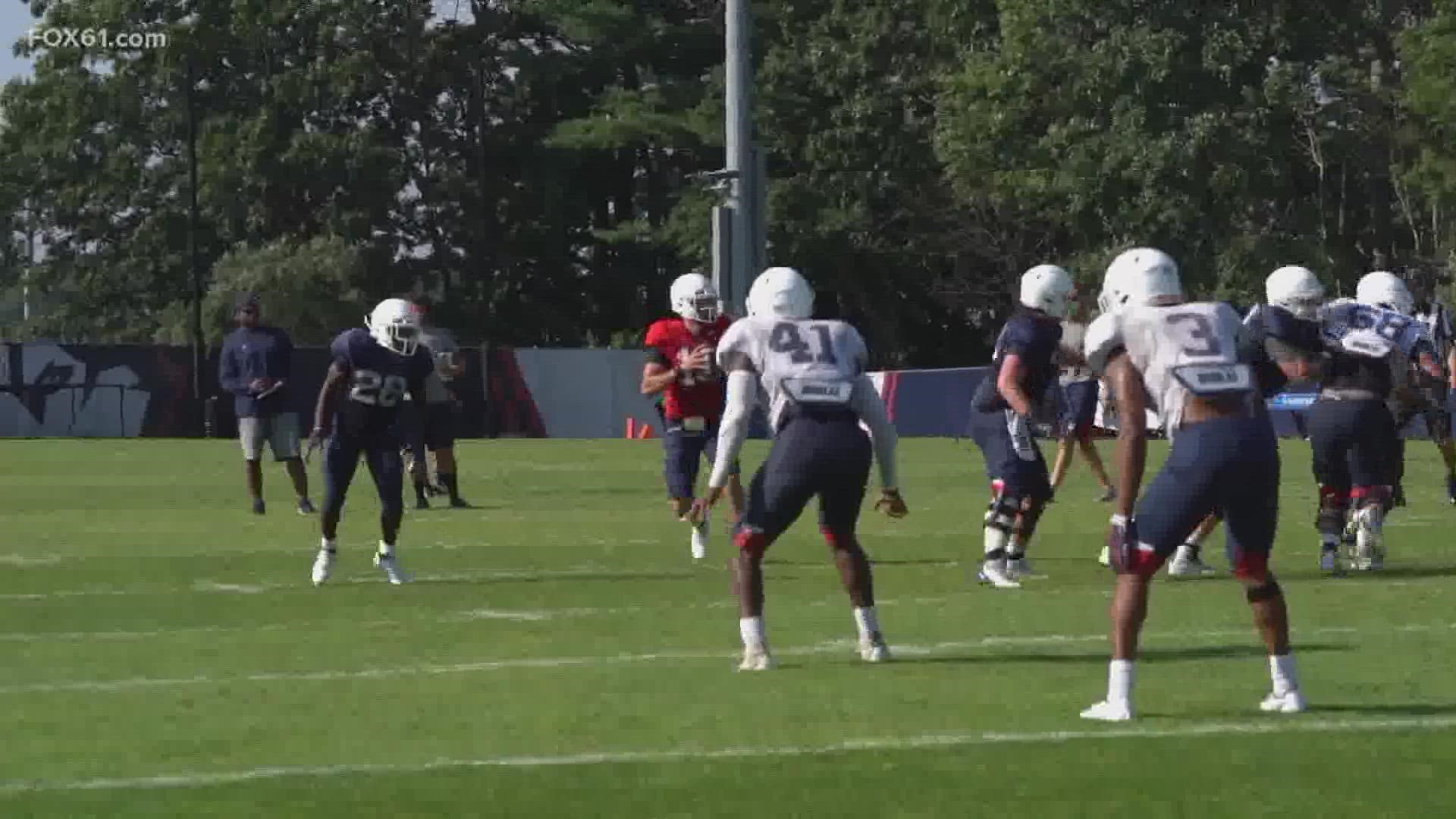 Spanos has been serving as the Huskies defensive coordinator since 2019. He brings a wealth of experience, including two Super Bowl titles with the Pittsburgh Steelers, but he has his work cut out for him.

The Huskies are winless this season and are on their second quarterback as Jack Zergiotis has been benched in favor of sophomore Stephen Krajewski. UConn faces Purdue out of the Big Ten this week which could mean more problems for the Huskies, who haven’t won much under this current regime. UConn is just six and 32 since 2017 and that is tough on a program from top to bottom, but Spanos said everyone is ready for change.

“The players were very spirited this morning in the meeting and then after we practiced they were spirited again, so they’re all excited and focused for us to get ready for Saturday,” said Spanos via a Zoom call.

“He’s a real person and a real guy and a great coach who gives me great advice about life,” said Marion. “He’s not just a coach to me, he plays the main role in the relationship that I have with him and when he recruited me it was very good.”

Lucien added, “All the changes that have been going on and that kind of stuff is enough to confuse anybody and kind of bring the mood down but I think that the energy was super high today and everyone was really eager to get back after it so I definitely still have 100% faith in these guys.”

The Huskies play Purdue this Saturday at Rentschler Field in East Hartford at 3 p.m.