The Hawks won their first-ever America East Conference Tournament and their first appearance in the NCAA Tournament. 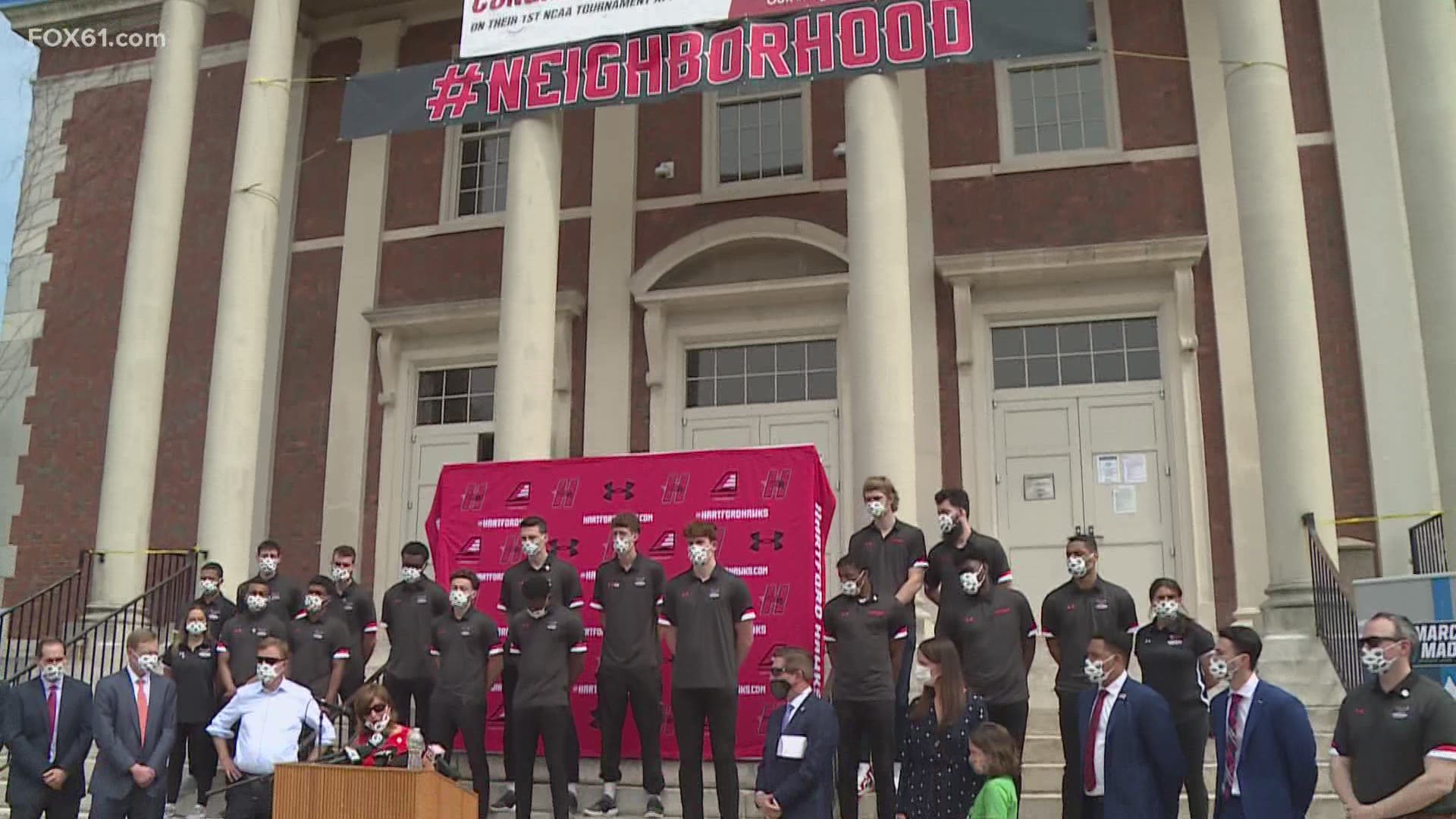 WEST HARTFORD, Conn. — For the first time ever in its history, the University of Hartford men's basketball team won the America East Tournament and moved on to its first NCAA tournament where they would lose to eventual national champion Baylor.

On Wednesday, the town of West Hartford celebrated the men's team on their historic season by proclaiming April 28 as "Hartford Men's Basketball Day."

"An NCAA bid can propel a university and a program to places it couldn't imagine," said Gallagher "I think that's what it's done for us. The unthinkable, five or ten years ago, becomes realistic."

Even more impressive is the path the Hawks had to take to win the tournament and qualify for an automatic bid for the Big Dance.

By doing this the Hawks became the lowest-seeded team in America East history to win the tournament.

This win for UHart helped revitalize a fanbase across the area, affectionately being referred to as "The Neighborhood."

"You can lean on anyone here and it's truly like a neighborhood," said senior guard Traci Carter. "If I need to borrow some sugar, I know I can go next door and they're going to give it to me. The support here is amazing and it's real. That's what's important."

The Hawks finished 15-9 this season, which is their best winning percentage in the almost four-decade history of the program.