Legislatures passed the bill on Thursday evening with a final vote of 122 -21. The bill now moves to the Senate. 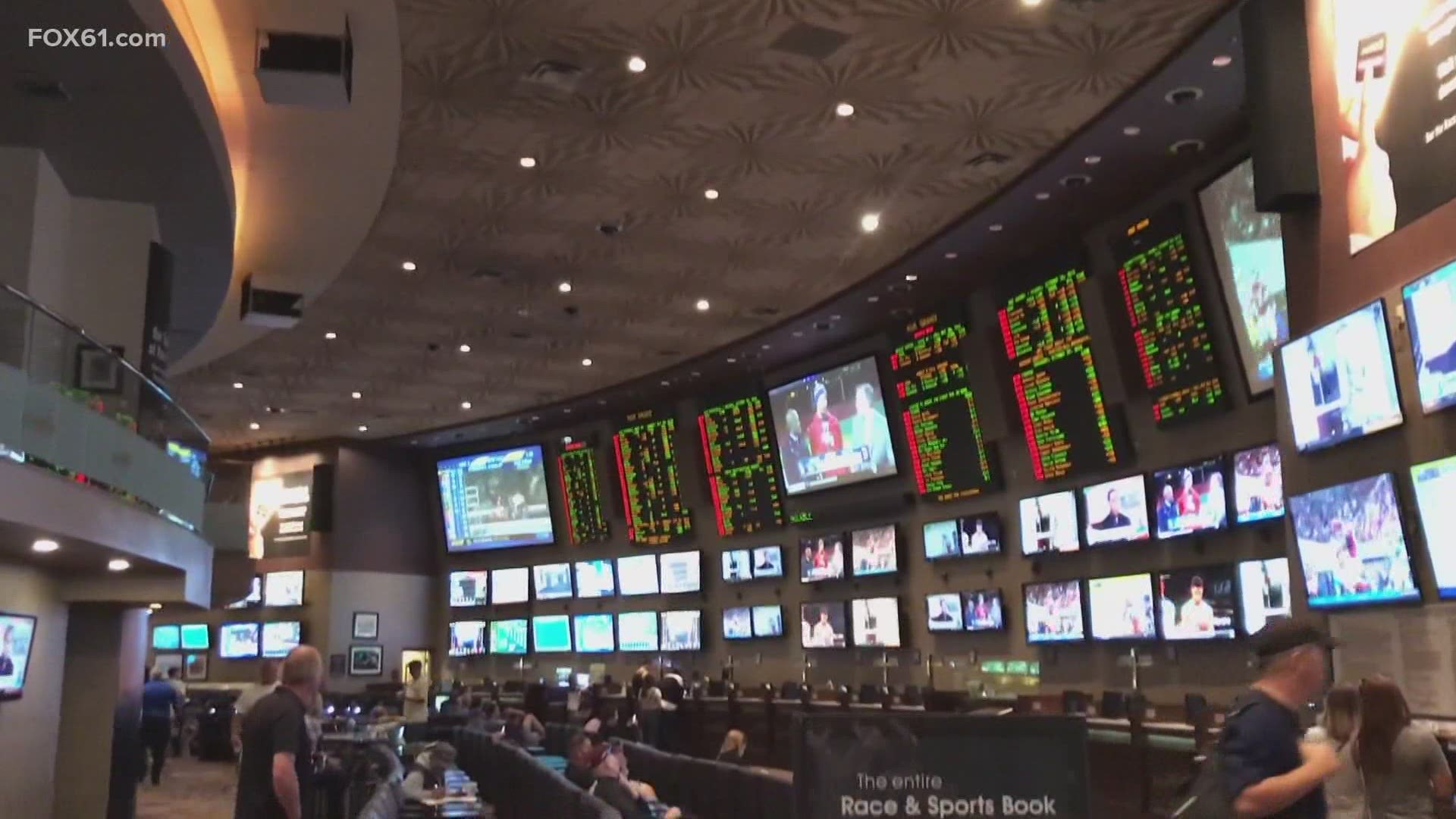 HARTFORD, Conn. — The CT House of Representatives passed legislation regarding sports betting and online gaming in the state Thursday. The final vote on HB 6451 was 122 to 21, with eight people choosing not to vote. The bill will now move to the Senate for a vote.

Key components of the agreement include:

Gov. Lamont released a statement Thursday evening regarding the bill passing the House, thanking those involved for its passage.

“I want to thank the Connecticut House of Representatives for the careful consideration and bipartisan passage of legislation that will bring Connecticut’s gaming, lottery, and sports betting market into the future, positioning our state as a leader,” Governor Lamont said. “I also want to express my appreciation to the co-chairs of the Public Safety Committee, including State Representative Maria Horn, for their partnership as they worked with members of my administration to draft and move this legislation through the process. I look forward to this measure’s swift passage in the Senate so we can start the federal process of ensuring this legislation and agreement is authorized.”

Chairman James Gessner Jr. of the Mohegan Tribal Council also released a statement thanking Connecticut lawmakers and explaining how the bill could help the state recover from the pandemic.

“The Mohegan Tribe is thankful to Governor Ned Lamont and our partners in the Connecticut House of Representatives for passing legislation on a bipartisan basis that will bring online gaming and sport wagering to Connecticut," said Gessner Jr. "We’d especially like to thank all of Connecticut’s great Southeastern delegation to the House, along with Speaker Matt Ritter and also Representative Maria Horn, Chair of the Public Safety and Security Committee, for their hard work making this legislation possible."

Gessner added, "By modernizing our gaming industry in these ways, Connecticut will keep pace with neighboring states, protecting Connecticut jobs and generating tax revenues to the benefit of both state and local municipal budgets, as well as our tribe’s members. This is not just a regional issue -- it will have a statewide impact as Connecticut works to meet critical needs as it recovers from the pandemic. We urge the State Senate to take up the bill as soon as possible, and we look forward to continued work with the General Assembly, and with Governor Ned Lamont, to continue moving Connecticut’s economy forward.”

The Chairman of the Mashantucket Pequot Tribal Nation Rodney Bulter released a statement earlier Thursday, saying they looking forward to the vote and also thanked state lawmakers for their joining effort:

We are pleased that the House of Representatives is scheduled tonight to take up legislation that will codify the agreement reached among the three sovereign governments. For our Tribe, gaming is about much more than business; it is a means by which we rebuild our nation, educate our children, and take care of our elders. Passage of this legislation will enable us to do just that, and more, for generations to come.

“We thank Governor Lamont, leadership of the General Assembly, members of the southeastern Connecticut legislative delegation and the Black and Puerto Rican Caucus, as well as the many members of the legislature who have supported us in this in this journey, especially those in the Public Safety and Finance Committees. We are grateful for their friendship.

“We look forward to tonight’s vote, and to working with our friends in the State Senate to complete the journey. Kutaputush (thank you.)”