The biggest name who once represented the Redskins is 49ers coach Kyle Shanahan, who was the team's offensive coordinator from 2010 to 2013. 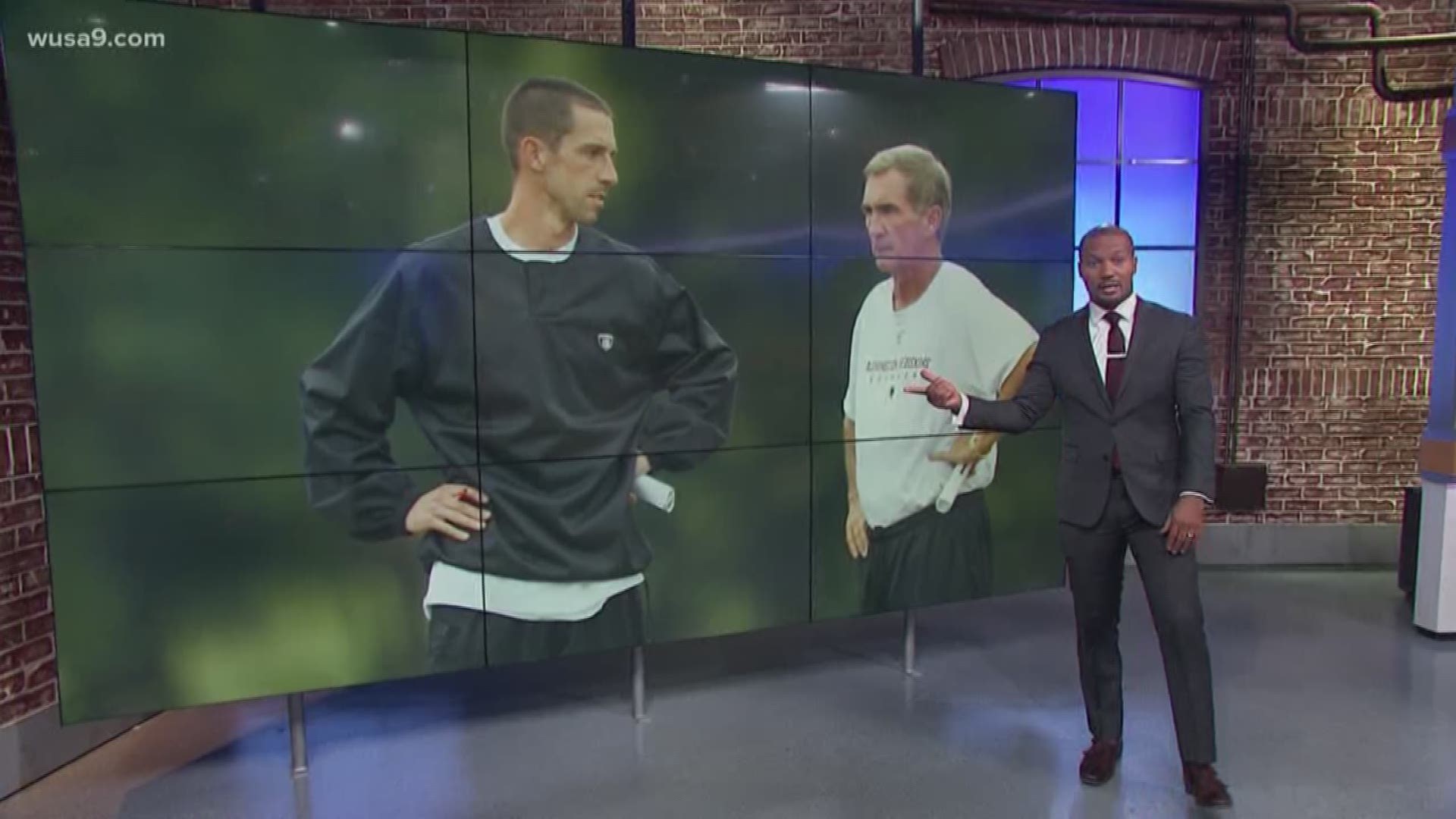 MIAMI BEACH, Fla. — There are many different ways to get to the Super Bowl. And one of late is joining a franchise that is not named the Washington Redskins.

While it has been almost 30 years since the Redskins have been in the Super Bowl, a few players and coaches with former ties to the team will be on the field and sidelines for Super Bowl LIV.

For the San Francisco 49ers, head coach Kyle Shanahan is probably the most recognizable name who once represented the Redskins. The former Washington offensive coordinator was a part of the franchise from 2010 to 2013, when his dad Mike Shanahan was the head coach.

Also for the Redskins, hall of fame football executive Bobby Beathard, who helped bring Super Bowl championships to Washington as the team's general manager, has his grandson C.J. Beathard on the 49ers sideline as a quarterback.

A win for C.J. would be a blessing for the Beathard family after the loss of Clayton Beathard, C.J.'s brother, who was murdered outside a Nashville bar in December 2019.

Bobby Beathard was honored by the Redskin in 2016 for his contributions to Washington.

Breeland played as a cornerback for Washington from 2014 to 2017 and was drafted by the Redskins in the fourth round of the 2014 NFL Draft.

Fuller was drafted as a cornerback by Washington in the third round of the 2016 NFL Draft and played with the Redskins until 2017.

The game is being held at Hard Rock Stadium, the home field of the Miami Dolphins.  The last Super Bowl to be held in Miami was in 2009 when the New Orleans Saints beat the Indianapolis Colts.

RELATED: When is Super Bowl 2020: Date, time, performers and more