The Game was held at the Yale Bowl in New Haven Saturday, in a traditional football faceoff between Yale and Harvard.

NEW HAVEN, Conn. — The 137th edition of The Game was held at the Yale Bowl in New Haven Saturday, in a traditional football faceoff between Yale and Harvard. The two Ivy League colleges first played each other in 1875, and the annual game between rivals has become a major social event for students and alumni of both schools. For them, it's not just a football game, it is The Game.

Harvard Quarterback Luke Emge connected with Kym Wimberly for a go-ahead touchdown with 22 seconds left and the Crimson beat the Yale Bulldogs 34-31.

RELATED: Yale to give New Haven additional $10 million each year for next 5 years

Wimberly also had a 42-yard catch-and-run on the drive to get to the 12-yard line with 39 seconds left.

After his score, Yale ran two plays but couldn’t get past midfield.

Harvard hangs on for the win. pic.twitter.com/lWjLWVSCma

Emge was just 13-of-32 passing for 219 yards with two touchdowns and an interception for Harvard. Nolan Grooms threw for three touchdowns for Yale.

Back in 2019, hundreds of people stormed the Yale field during The Game to protest Yale and Harvard's investments in fossil fuels, calling on them to divest those assets. 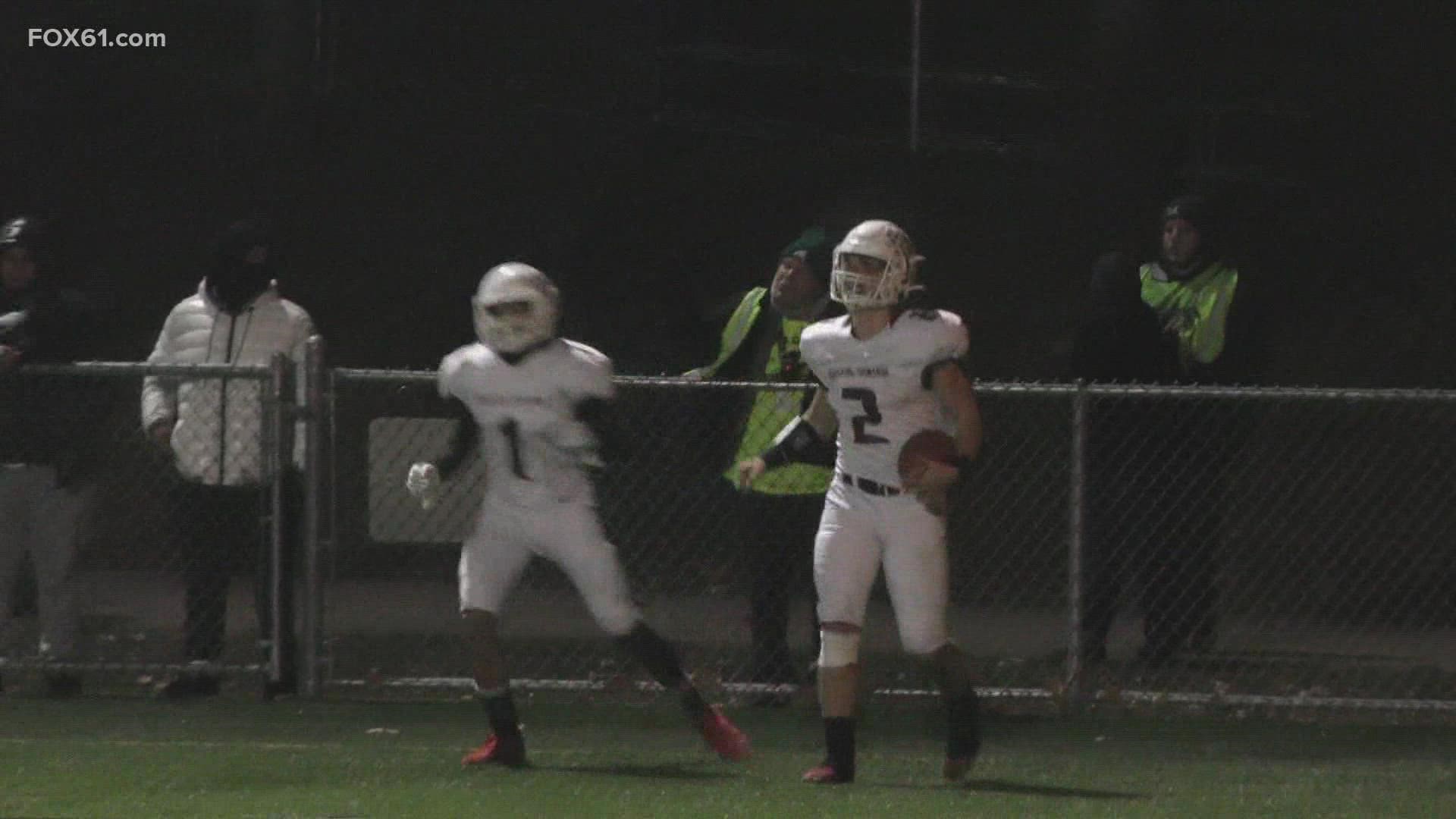