After a one night postponement due to bad weather, the CIAC football playoffs kicked off Wednesday with 16 games. There were 32 teams chasing four state champio... 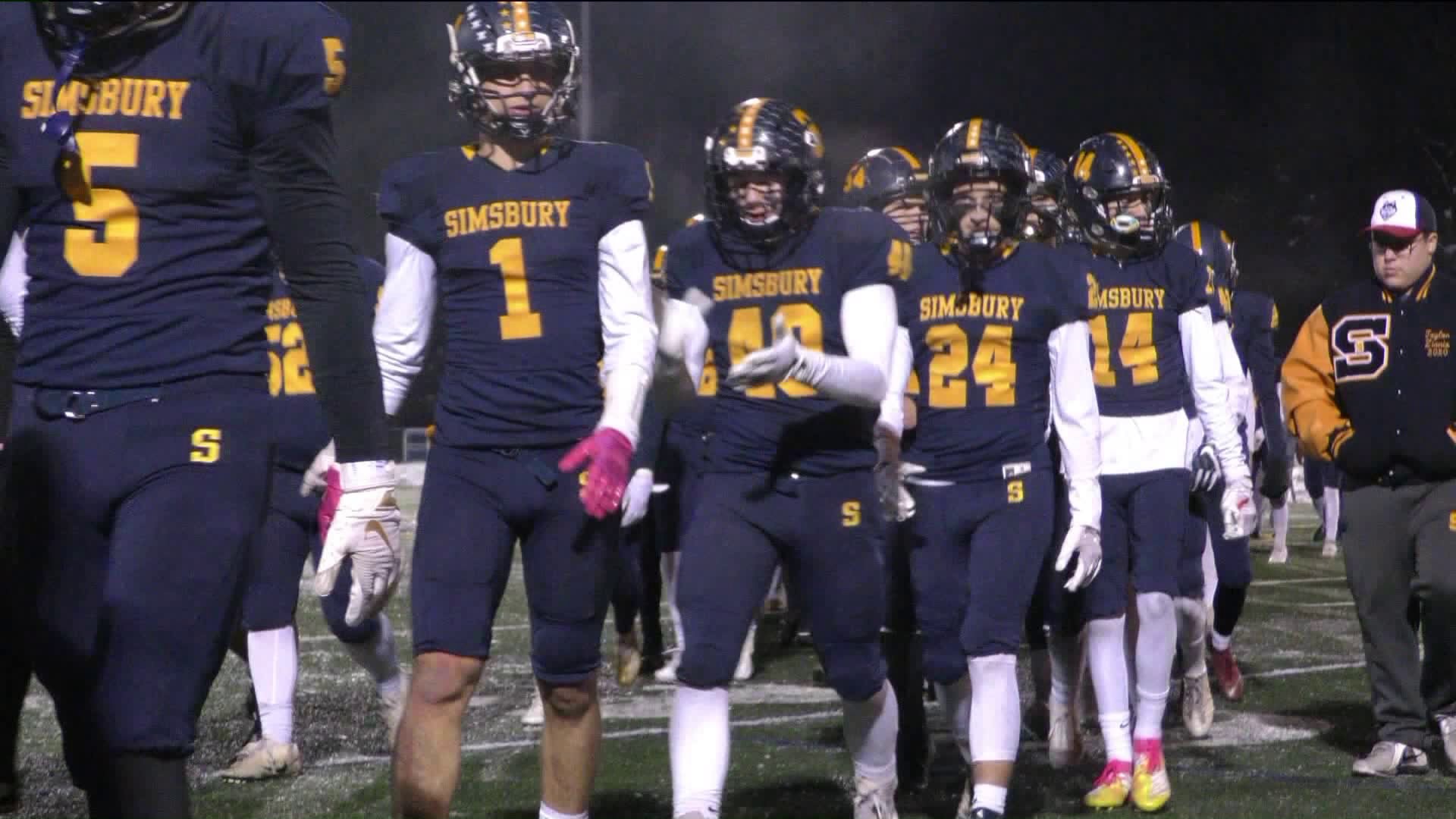 After a one night postponement due to bad weather, the CIAC football playoffs kicked off Wednesday with 16 games.

There were 32 teams chasing four state championships with all the defending champions back in the tournament looking to win back to back state titles.

So Maloney hits the road to the surf club Monday to play Hand which got a school record six touchdown passes in the first half of its win over Newington , the Tigers 35th straight win.

And New Canaan will get long time rival St Joseph in the semifinals. The cadets in their fourth straight semifinal beat New Canaan 58-14 in their regular season matchup on October 4th.

The Warhawks will be home on Monday night to play Plainville who won in the postseason for the first time in school history with their win in Bridgeport over previously unbeaten Bullard Havens.

Top seeded Ansonia gets to their 10th straight semi final by beating Plainfield in the quarters for the second straight season. The Chargers host fourth seeded Sheehan who ended Woodland's year.