Two leadership members of the semi-professional East Coast Football League, with teams from CT to Maine, is in the process of forming the Connecticut High School Ind 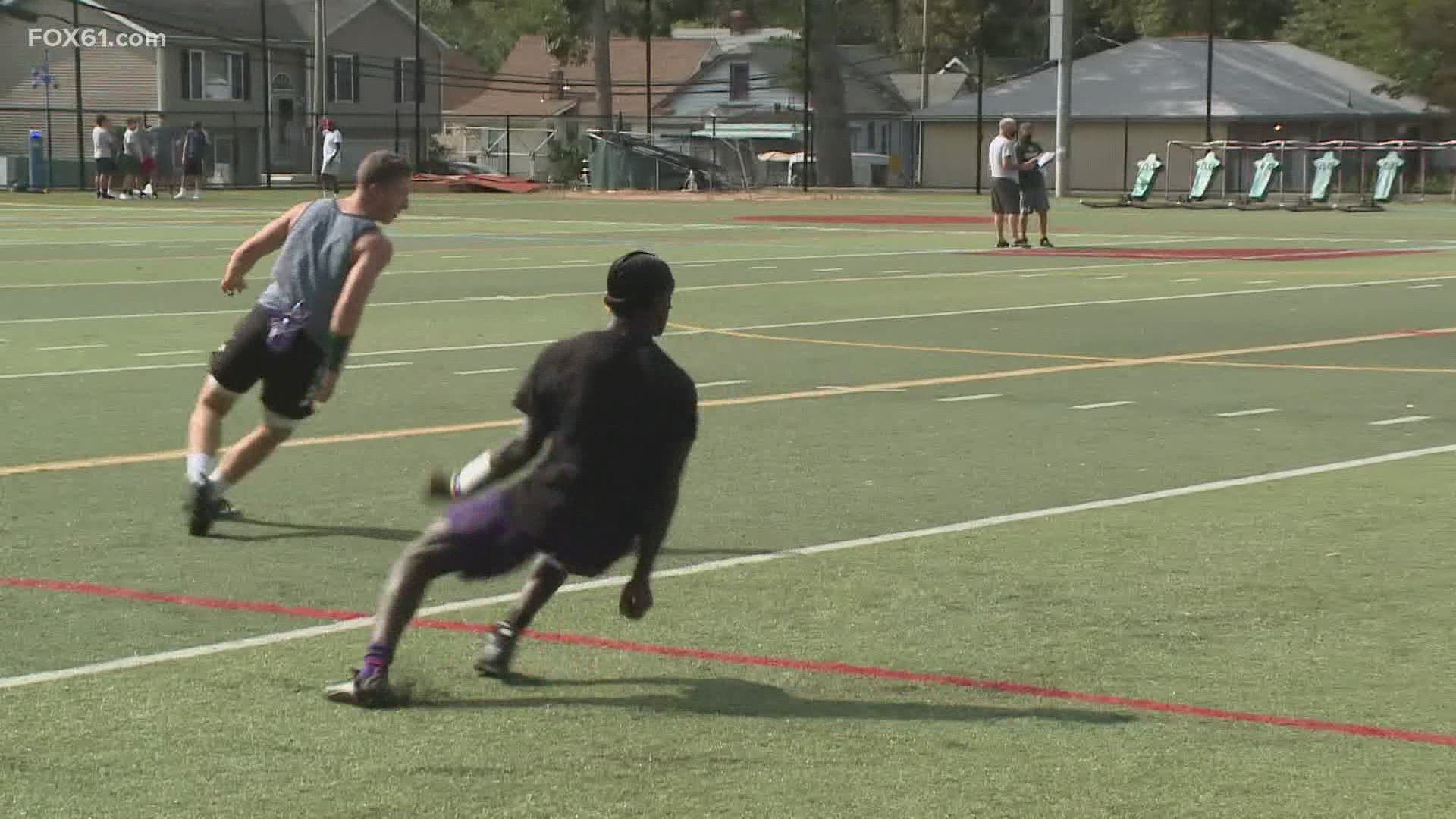 HARTFORD, Conn — The CIAC says they have a Thursday Board meeting set up to determine, once and for all, whether they will authorize the playing of high school tackle football this fall. However, parents and players may soon have two other options: independent high school football leagues.

"We talked about it a little bit," said senior QB Patrick Schreck of Notre Dame West Haven. "The rumors just really started flowing about that. We would all be open to it if we can’t play. Whatever it takes to play."\

Two leadership members of the semi-professional East Coast Football League, with teams from CT to Maine, is in the process of forming the Connecticut High School Independent Football League.

"We will investigate anything that we can play, but that has to go through Jason Shea, our athletic director," said Joe DeCaprio, the 4th year Head Coach of Notre Dame-West Haven.

The ECFL says their COVID protocols have resulted in zero positive tests in six weeks of game action.

"That starts with neck gators and face coverings, that’s long sleeves, that’s gloves, that’s the face shield that goes inside of the face mask to help cover any contact with breath or spit," said Dan Lacasky, Owner and Head Coach of the ECFL's Connecticut Fire.

They do temperature checks at the gate; all coaches wear masks and proper spacing of players between the 15-yard lines. But, what about equipment?

"A few of the schools have reached out saying they will allow their student athletes to use their existing equipment or rent it for a dollar," said Mark Siems, the General Manager of the Silver City Wolves of the ECFL.

"I can get uniforms made and delivered in less than three weeks," Siems said.

The league has game fields and insurance lined up, and, if everything comes together in about a week, the new high school leaguer could kick off its game schedule in approximately four weeks.

The fee, for each high school player, is expected to be in the neighborhood of $300.

"After countless hours and energy, it has come to fruition," Cochran said of the Yankee Independent football League, which he formed with a couple of football parents.

"We have set up a plan, a strategy and a model that has proven to work in recent weeks by other high schools, colleges and professional teams. I am not looking to coach your players or change anything that you have been working on with YOUR team. Simply, it's an opportunity to get Connecticut high school players in a stadium with their teammates and in front of their friends and family this fall."

Cochran has secured Willowbrook Park/Veterans Stadium in New Britain, which he says will provide the perfect environment for competition, filming, spacing, seating, cleaning, and overall logistics. He noted that insurance and stadium staff is also in place. And, he adds, every head coach will have access to all game film.

The Yankee Independent Football League, which will run for eight weeks, on Saturdays and Sundays, from Sat. Sept. 26th - Sun. Nov. 15, will be for varsity players (grades 10-12).

Information of fees for equipment and participation are available on the YIFL website.

Cochran can be reached by email at jackcochran25@yahoo.com