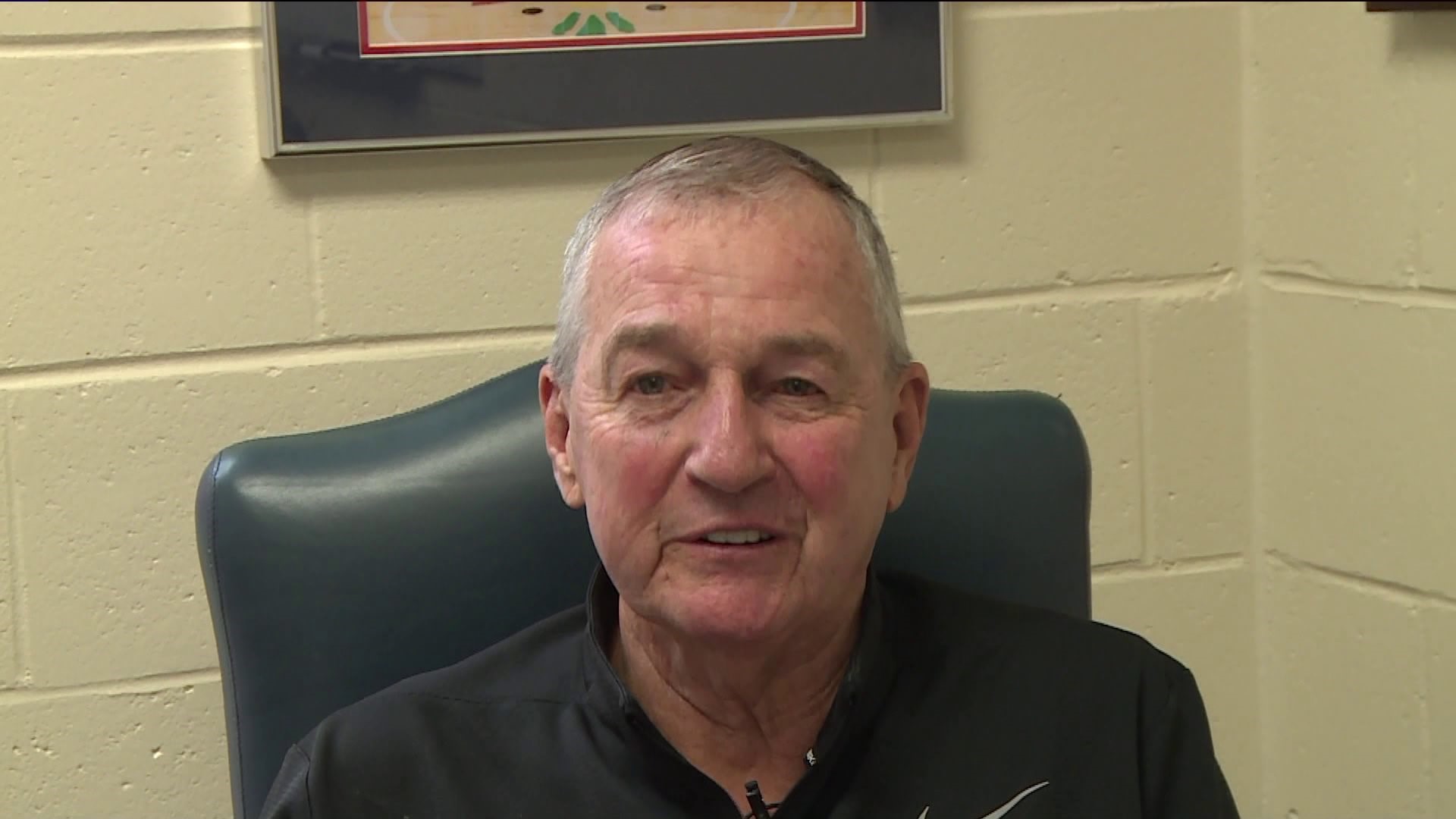 The 6-foot-3 very small forward from Notre Dame-Fairfield in Connecticut, is one of about a dozen players Calhoun has recruited as he helps build a new basketball program for the tiny University of Saint Joseph, a Division III school located in suburban Hartford.

"This was my first time meeting like a real legendary coach," Davis said. "A few minutes after, I had to take a minute and be like, 'Wow I just met Jim Calhoun."

The Hall of Famer said Wednesday that he wants to become the first men's coach at the Catholic university, which has a total enrollment of about 2,400 students and a gym that seats about 1,200 people.

Since taking on the job as program architect last September, Calhoun said he's enjoyed getting back into the game, going to dozens of gyms and watching high school and prep school games while competing in recruiting circles, even at the DIII level. He's also been working to secure funding for new basketball facilities at Saint Joseph.

The 76-year-old is in the final month of a 10-month consulting contract at Saint Joseph, but also recently signed a new contract to continue as an adviser at UConn, where he retired as coach in 2012 after 26 seasons and three national titles. During his 40-year coaching career at Connecticut and Northeastern, Calhoun amassed 873 wins.

Calhoun says he wants to continue advising new UConn coach Dan Hurley and help in whatever way he can to rebuild the Huskies program. But, he acknowledges there are some contractual and logistical issues to work out if he is to do both jobs. He expects to have those resolved in the next month.

Should Calhoun end up as coach, Saint Joseph may become the highest profile DIII program in the country. Calhoun says the school is in talks with networks such as ESPN and Netflix about doing a documentary series on his return. Bigger programs, including Providence, have talked to him about possible exhibition games, he said.

Davis said he and the other recruits understand the situation and are comfortable with it.

"I know that either way (Calhoun) will remain a big part of the basketball program," he said. "I'm just excited about that. We will have a chance to do something special. My goal is to win the Division III national championship."