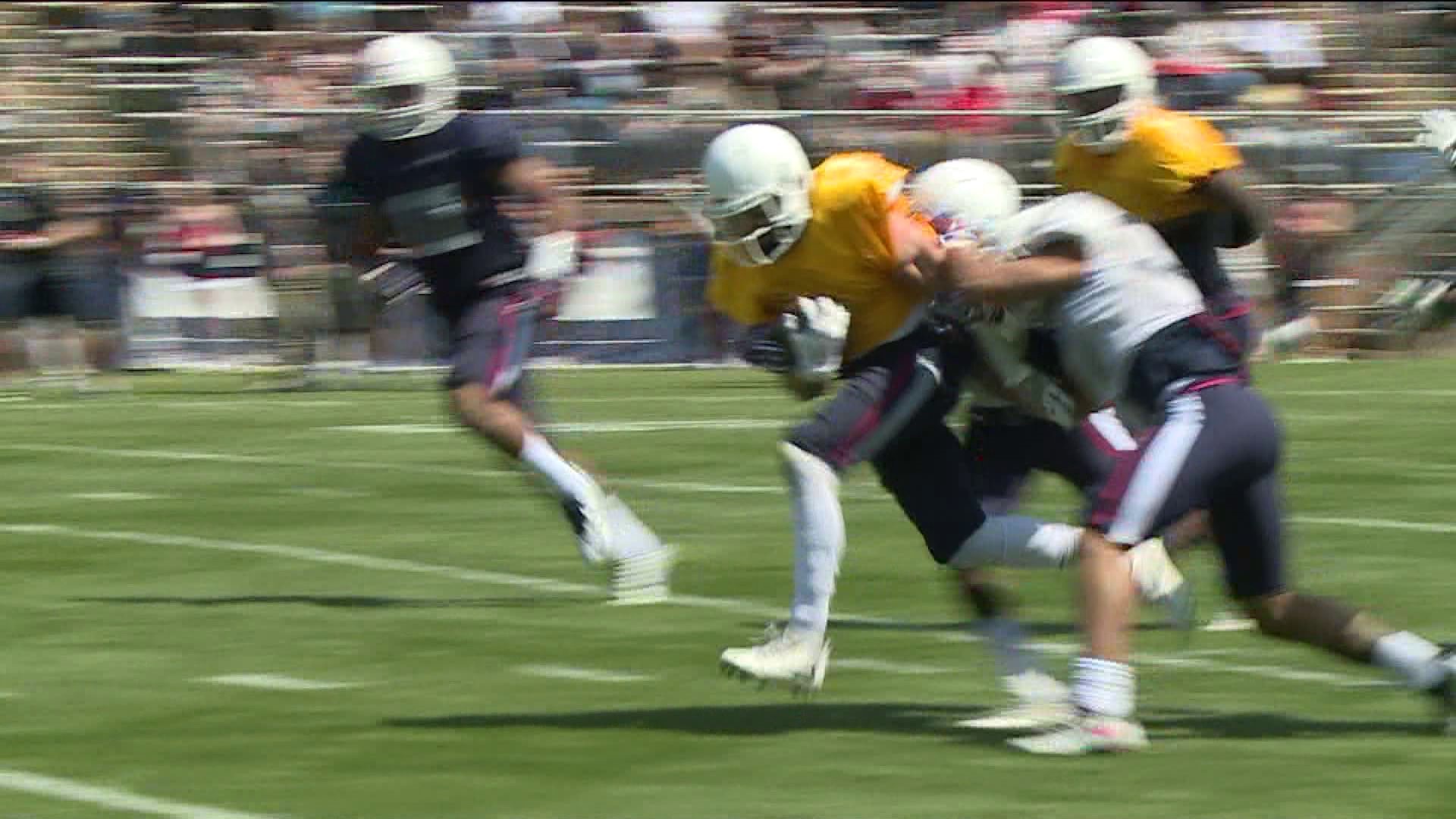 In the end, the winner of the annual Blue-White spring game at Rentschler Field on Saturday was everyone involved.

The UConn football team saw an improved passing performance from their quarterbacks, as the team scored four times through the air, while adding six scores on the ground.

Defensively, the Huskies forced three fumbles –recovering one –and hauled in four interceptions, with one being returned for a touchdown.

Glastonbury native Donevin O’Reilly led the Huskies rushing attack with 130 yards on 18 carries and two scores, while Nate Hopkins also topped 100 yards (106 on 16 carries). Zavier Scott had the rush of the game, as he rattled off a 61-yard scamper up the right sideline for another touchdown.

The Huskies will open the 2018 season at The Rent in late August when they host Central Florida, who finished the 2017 season a perfect 13-0.