WALLINGFORD — There was heightened police presence at Sheehan High School in Wallingford on Thursday following a disturbing message left on a white board ... 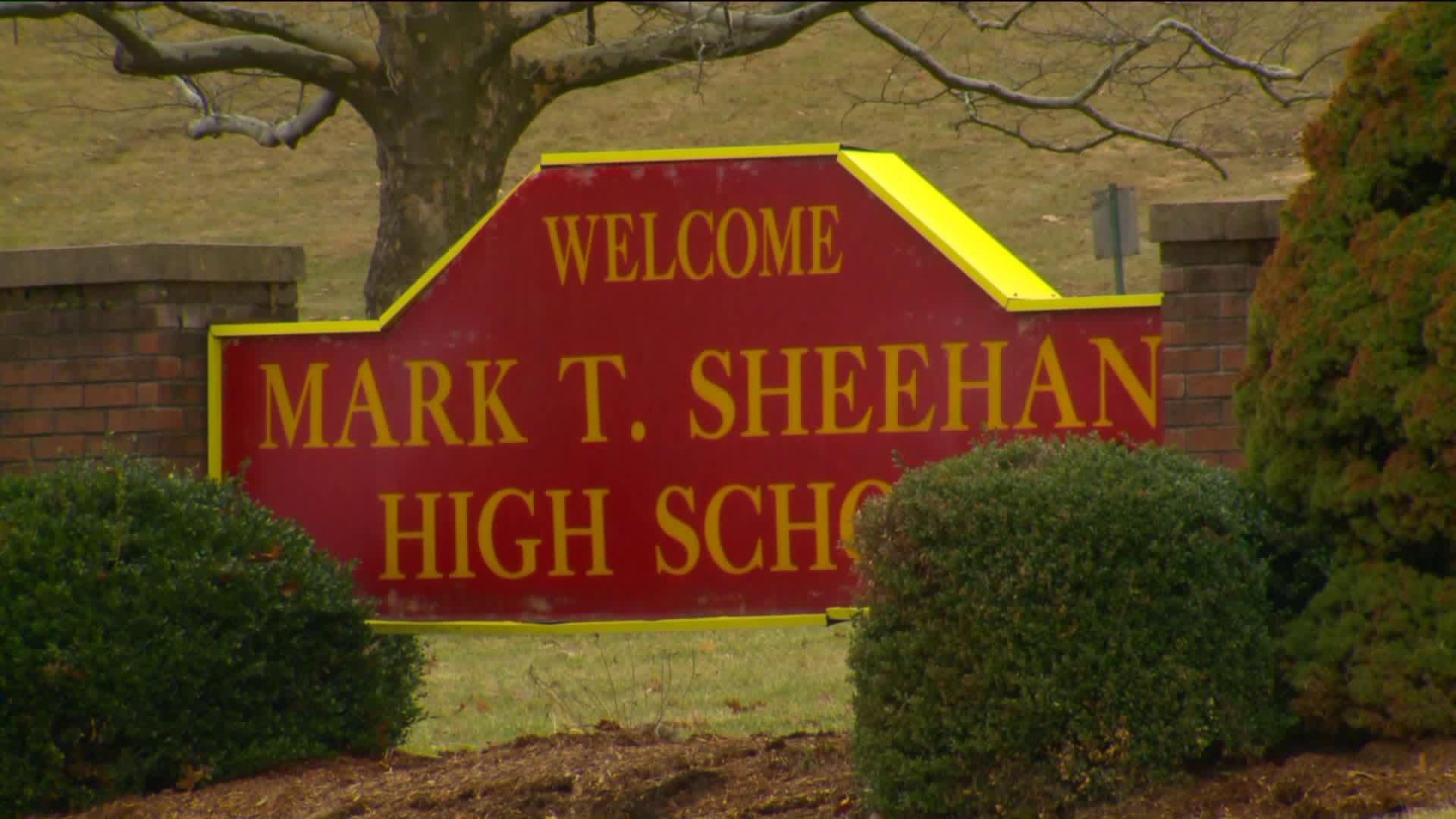 WALLINGFORD -- There was heightened police presence at Sheehan High School in Wallingford on Thursday following a disturbing message left on a white board inside of a classroom on Wednesday.

"Students were saying that it was something along the lines of like a threat about not coming to school on Thursday because people might die," said Weston Terzi, a junior at Sheehan High School.

Terzi said he did not know about the message written on the white board until Wednesday night.

"One of my friend's texted me, and asked me if I was going to be going to school tomorrow because a lot of kids have been worried about this," said Terzi. "A good portion of the kids I know aren't coming to school today."

Police said a concerned parent reported the incident on Wednesday prompting police to begin an investigation.

"We had been increasing security or presence at all of our schools since the latest shooting but this particular time we decided to increase our security there just to make the students there feel a little more secure, and make sure that nothing unusual happened," said Lieutenant Cheryl Bradley of the Wallingford Police Department.

School officials emailed parents reassuring them there was no reason for concern, and that extra police would be on hand today.

"I feel pretty safe," said Terzi. "I feel like if something were to happen, it wouldn’t be today because of the security that is going to be held on the school today, so I think everything is going to be alright."

Police said they are used to seeing similar copycat threats in the wakes of tragedies like the one in Parkland, Florida, just two weeks ago.

And it is not just Sheehan students and parents who say they are nervous, locals said it is a fear they now think of everywhere.

"That's good to know at least they are taking it seriously," said Tom Schwall of Meriden. "But again it's troubling to see that this is going on in the schools."

"In the back of your mind you think this could happen anywhere, and it's scary and sad, and that’s the world we live in," said Korynne Sullivan of Orange.

Police said they are continuing to investigate this incident, and increased police presence will continue for the time being.