NEW BRITAIN —  Byron Jones returned home Saturday to give back to his community, teaming up with the New Britain Police Athletic League to host his first ... 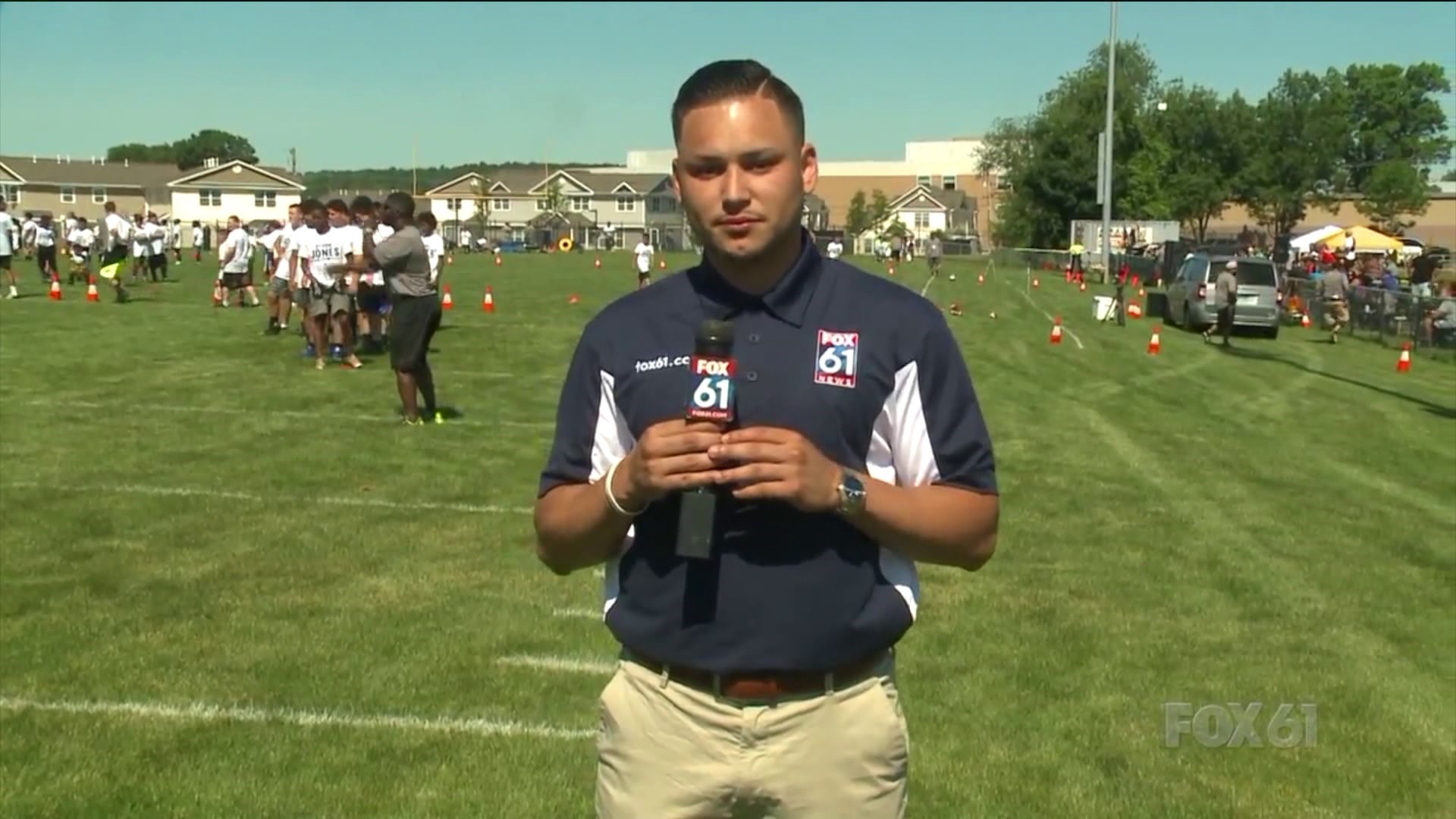 NEW BRITAIN --  Byron Jones returned home Saturday to give back to his community, teaming up with the New Britain Police Athletic League to host his first Byron Jones Football Camp for kids ages 8-14 at the PAL Raider Facility.

Jones, a former UConn safety and current Dallas Cowboys cornerback, played at PAL as a kid and said the goal of his camp is to send a message to the youth.

"I grew up on this field. I grew up right down the street. I want the kids to understand that you can make it out of New Britain and have big aspirations and big dreams by starting here with football," said Jones. "Some of the most important lessons I’ve learned on the field really, was team work, being responsible, being dependable for your teammates, all that starts here. And that’s what we’re trying to do at this camp. We’re trying to get the kids to get exposed to the message I have and get exposed to football and empower ways to what they do in the community.”

New Britain Police Sgt. Matt Marino said Jones reached out to him during the season to try to find ways to make an impact back home.

"Byron reached out to me a year ago, actually, during the season and I was pretty surprised," said Marino. "He said that, you know, he’s pretty interested in putting something together and give back to the community. We stayed in touch since then. We had more serious talks late April – beginning of May. We got all the specifics together. The city came on board, the parks department came on board. Put all the planning together and we’re here today. Things are looking great so far.”

Barry Hertzler, who runs the PAL program, said Jones experience in the NFL does not only help the kids get better on the field, but most importantly, teaches them how to be safe while playing.

"I think with game of football now, everybody has their doubts on the proper ways, the proper techniques to do things specifically tackling with the concussion problem," said Hertzler. "So when a person like Byron comes back and gives back to the youth on what he learns at the NFL level, I think it’s really going to help out with some of the kids to understand the proper ways to tackle, the proper way to get ready for a game, the proper way to hydrate. Just so they can stay healthy.”