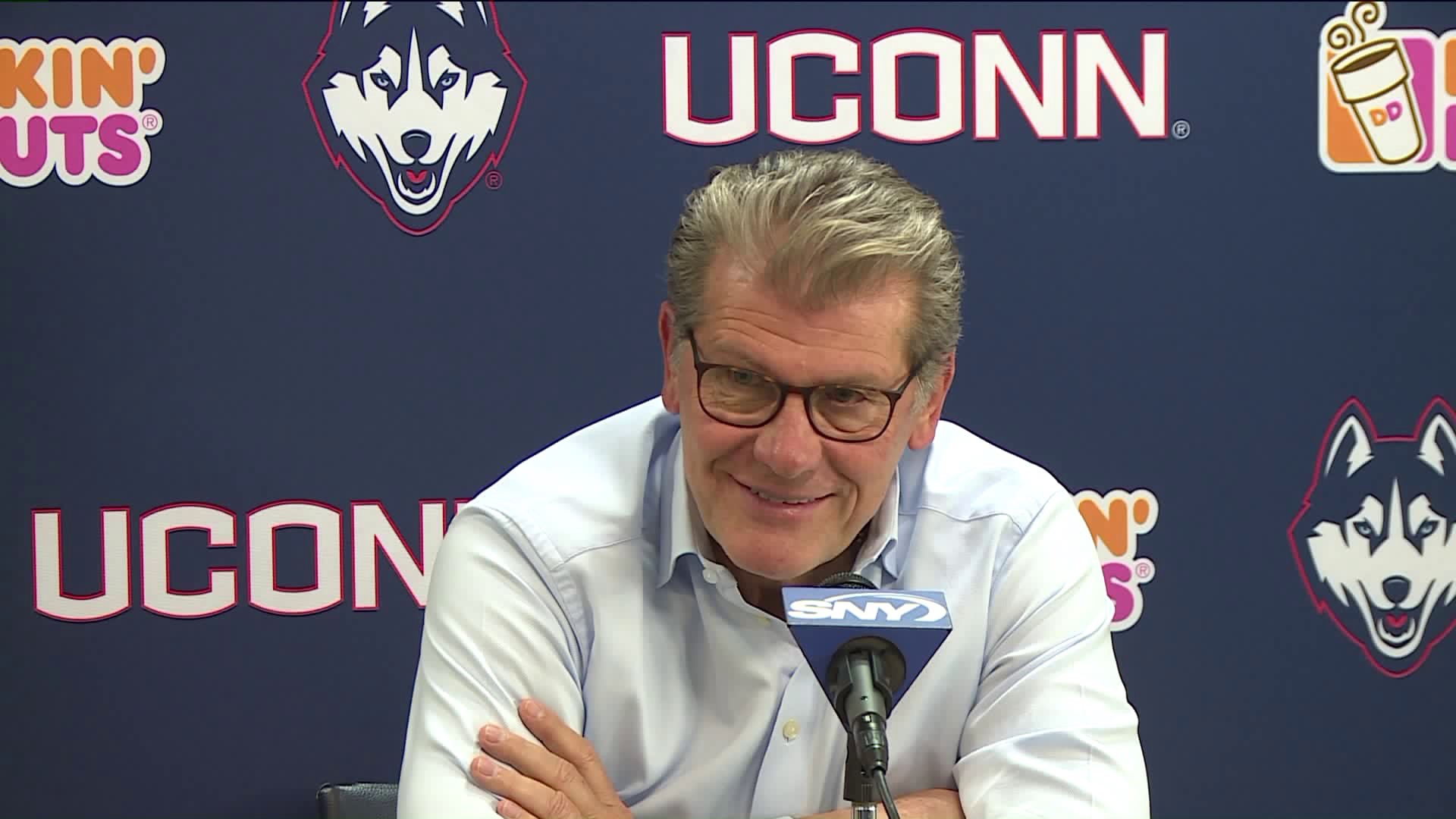 STORRS — Katie Lou Samuelson scored 23 points and grabbed 10 rebounds as No. 3 UConn routed Cincinnati 82-38 on Wednesday night to remain unbeaten in league play since the formation of the American Athletic Conference.

Crystal Dangerfield added 11 points and 10 assists for the Huskies (13-1, 2-0 American). Freshman Christyn Williams scored 15 of her 19 points in the first half for UConn and Napheesa Collier added 14 points and nine rebounds.

Antoinette Miller scored 16 points for Cincinnati (9-6, 1-1), which lost for the first time in five games. Iimar'i Thomas, who had scored at least 20 points in each of her previous four games, was held to just nine.

The Huskies jumped on the Bearcats early. A 3-pointer from Williams less than five minutes into the game capped a 17-0 start for the Huskies. The freshman had 10 points in the quarter and hit six of her first seven shots from the floor.

Dangerfield's 3-pointer from the left wing gave the Huskies their first 30-point lead at 39-9 and they were up 49-19 at halftime.

UConn improves to 103-0 against the rest of the American Athletic Conference since its formation in 2013, including 88-0 in the regular season.

The Huskies also have won 83 straight home games. They haven't lost at Gampel Pavilion in six years, since falling 73-72 to Notre Dame on Jan. 5, 2013.

Cincinnati: The Bearcats have never beaten UConn, falling to 0-20 against the Huskies since 2006.

UConn: The Huskies last played a home game on Dec. 8, a 99-61 win over Seton Hall at the XL Center in Hartford. UConn had not played on campus since their Nov. 11 opener, an 85-53 win over Ohio State.

Cincinnati: The Bearcats travel to Florida for a game Sunday at UCF

UConn: The Huskies stay on campus to take on South Florida on Sunday.