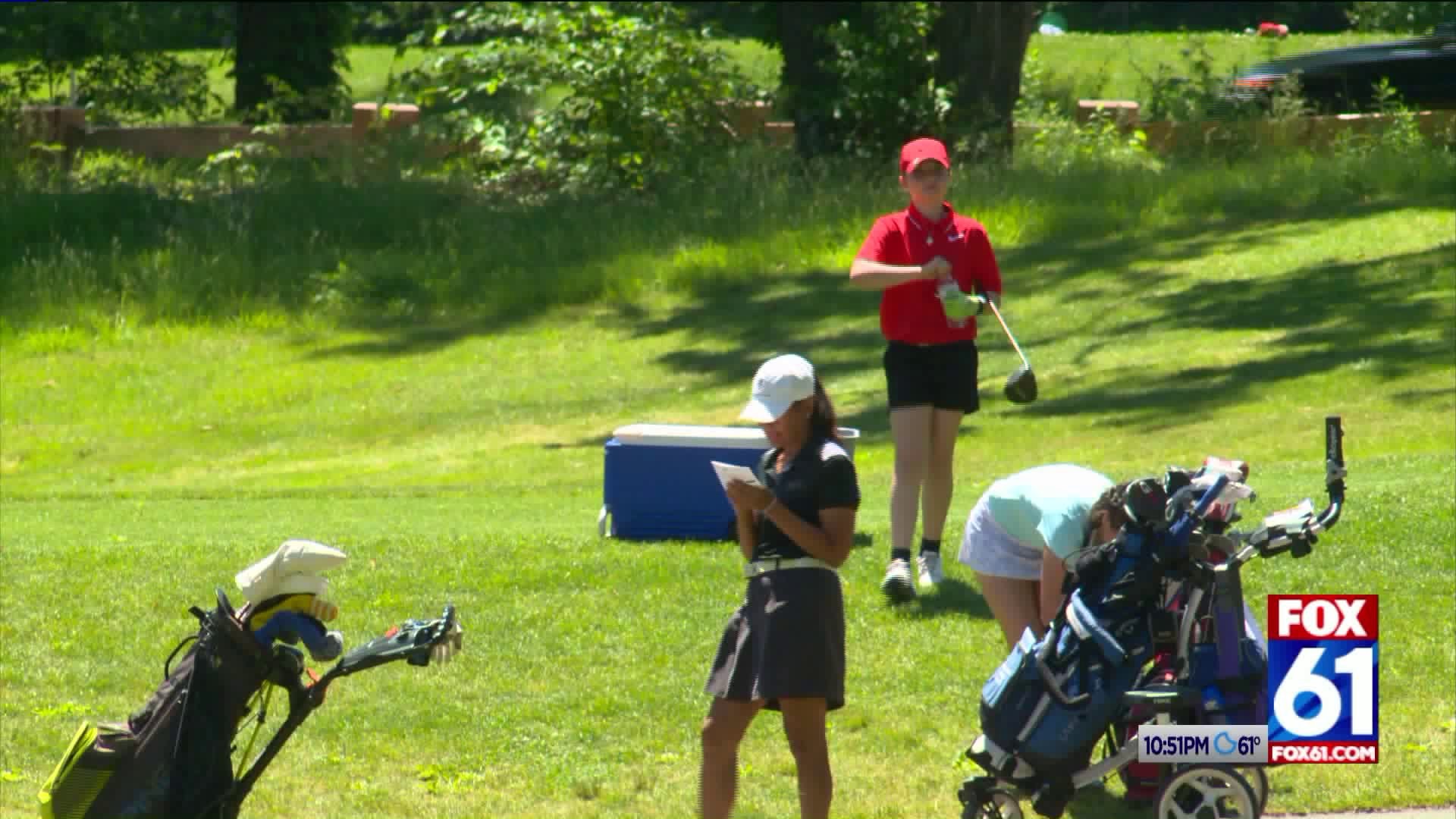 Officials with the PGA’s Connecticut Section is in its 4th year hosting the girls and women tournament.
Players competed along the more than 5,543 yard course all looking to earn top golfer.

Executive Director of the competition, Thomas Hantke said, “They really enjoy, they enjoy the intensity of it, the competition of it… the comradely of seeing their fellow competitors.”

Hantke says this tournament is the milestone of getting the sport of golf in Hartford active again.
He says since the revitalization of the park back in 2013 he’s seen the park grow in many ways and even now he is starting to see players from across the world.

Hantke said, “There’s one from Canada playing, there is one from Venezuela playing, and certainly the word is getting out…there is a girl from Orlando, Florida.

Hantke says the next step hosting the junior PGA championships in July which will be the first time ever to be held in the state.

Hantke said, “We’re very proud that we will be able to showcase the golf course and Hartford and the revitalization efforts that are going on here in the community.”

Officials say after the tournament ends they will be looking forward to the end of June when PGA’s junior tournament comes here to Keney Park, the winners will go along to the Championship in July.

Caligiore began the day tied with Elizabeth Choi after each shot a 1-over-par 71 in the opening round at nearby Goodwin Golf Course on Saturday. But five holes into the final round, Caligiore found herself four strokes back after she bogeyed No. 1 and made a double-bogey 6 at No. 5 while Choi was sinking 7-foot birdie putts at the third and fourth holes after a bogey at No. 2.

“I think the nerves got the best of me on the fifth hole, but I just told myself to stick to my game plan and look at my targets,” Caligiore said. “I told myself to forget about the double bogey because I was hitting the ball really well. I wasn’t going to force anything because you have to just try to control what you can control.”

Caligiore immediately heeded those thoughts, sinking birdie putts of 12 and 3 feet at the seventh and eighth holes to take a lead that she would never relinquish. The birdie at No. 7 was the first of two two-stroke swings in favor of Caligiore, who rallied from 4 down to 3 up over seven holes on the way to a closing even-par 70, a 36-hole total of 1-over 141 and a one-stroke victory over Choi.

The key moment in Caligiore’s first win as a professional was the par-4 12th hole, where the long-hitting Choi knocked a 50-yard wedge shot over the green into a bunker and missed a 10-foot, par-saving putt. Meanwhile, Caligiore hit a wedge to 18 feet and made the putt for birdie and then doubled her lead to two when Choi bogeyed the par 3-13th hole.

Caligiore extended her advantage to three strokes with a wedge shot from 100 yards that stopped 6 feet from the cup, setting up another birdie at the 14th hole. Caligiore bogeyed the difficult par-4 15th hole when her approach came up short and rolled 25 yards backward down an embankment, and Choi made it quite interesting when she nearly holed her approach at No . 17, settling for a birdie that got her within a shot.

“I was so shaking,” a smiling Caligiore said of her final stroke. “I just took two practice strokes to get the feel and managed to knock it in.”

Caligiore, 28, said her first pro check will go toward expenses, including the LPGA Tour qualifying school in August. She grew up in Lake Placid, N.Y., and graduated in 2013 from St. Lawrence University, where she was a Division III All-American who won twice. She turned pro in 2014 and moved to Orlando, Fla., where she began playing on the Eggland’s Best Ladies Professional Tour.