According to an assistant football coach, the issue at hand is related to a coaching certification class back in 2013 and whether that paperwork was filed properly. 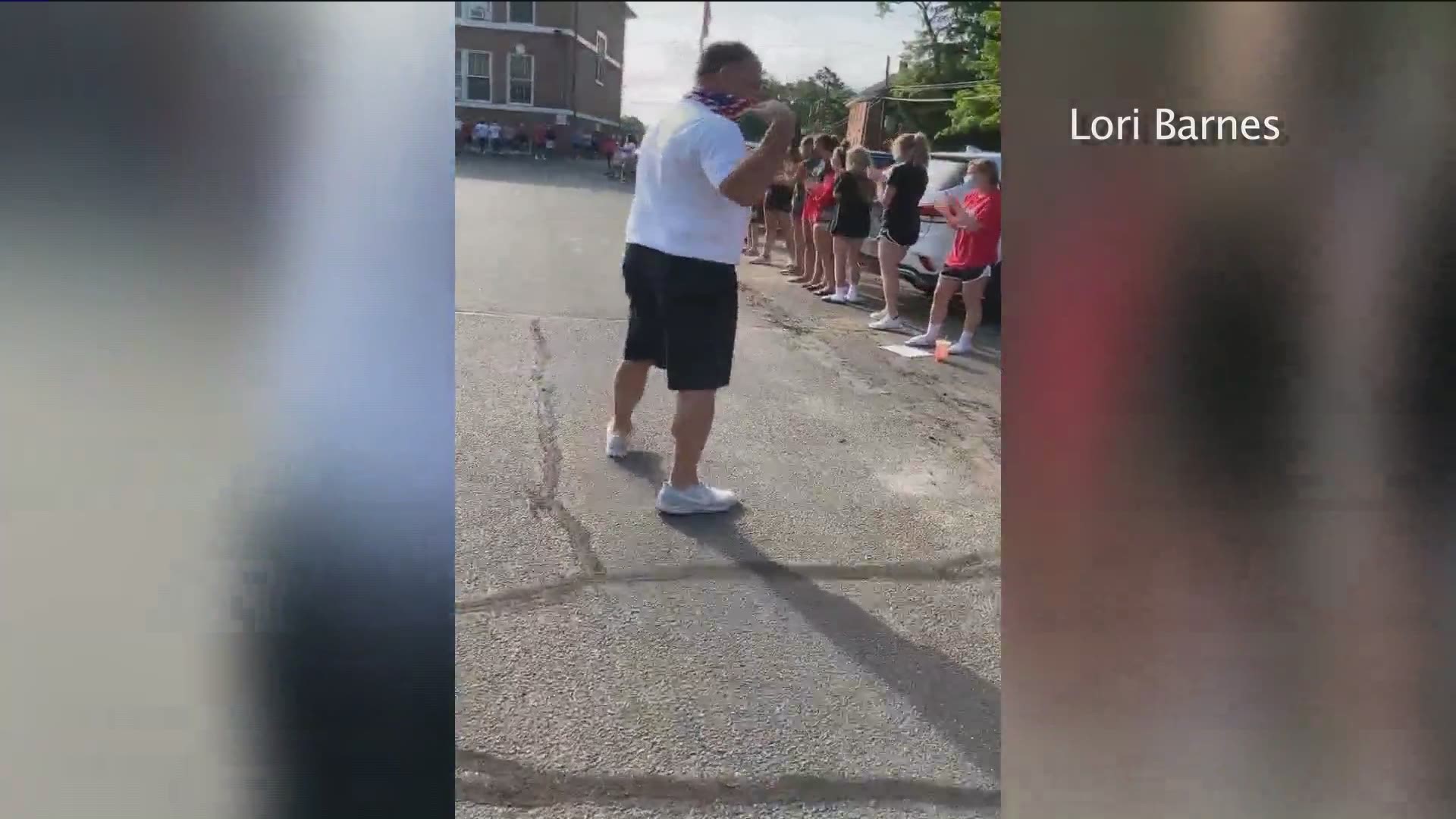 CHESHIRE, Conn. — Last week, Cheshire high school’s award-winning Head Football Coach, Don Drust, learned he might have coached his last game in that program’s storied history. But, his players, and parents, past and present, will not let him be pushed out if they can help it.

Drust, who was an assistant coach the last time the Rams won a state title, in 2009, is apparently on the verge of being fired because of a clerical mistake that happened some seven years ago.

Early Monday morning, outside the Board of education offices in Cheshire, parents, and players, both past and present, showing support for Don Drust as he was walking into the building for a meeting on his job status.

According to an assistant football coach, the issue at hand is related to a coaching certification class back in 2013 and whether that paperwork was filed properly.

"He has a receipt from paying for the class," said Mike Ciotti, an assistant coach for Cheshire football. "He’s got the notes from attending the class. Whatever the issue was, it got resolved four years later."

A source close to the Cheshire high school football team, not at liberty to speak on camera, tells FOX61 a parent of a former Cheshire player is pushing to have Drust fired.

"I can’t even think of the type of person that would do something like this," said Ciotti.

After his meeting with the Board of Education and Superintendent Drust, the 2019 National Football Foundation New Haven Chapter Coach of the Year, spoke to his players.

According to a person familiar with the BOE’s accusations, Drust was told he was flagrant and malicious in his actions.

"If anybody knows Don Drust, Don hasn’t done a malicious thing in his life," said Ciotti.

Members of the Cheshire BOE and the Superintendent of Schools declined FOX61’s request for comment.