The Connecticut Interscholastic Athletic Conference provided an updated Friday morning regarding the future of high school sports in the state fall. 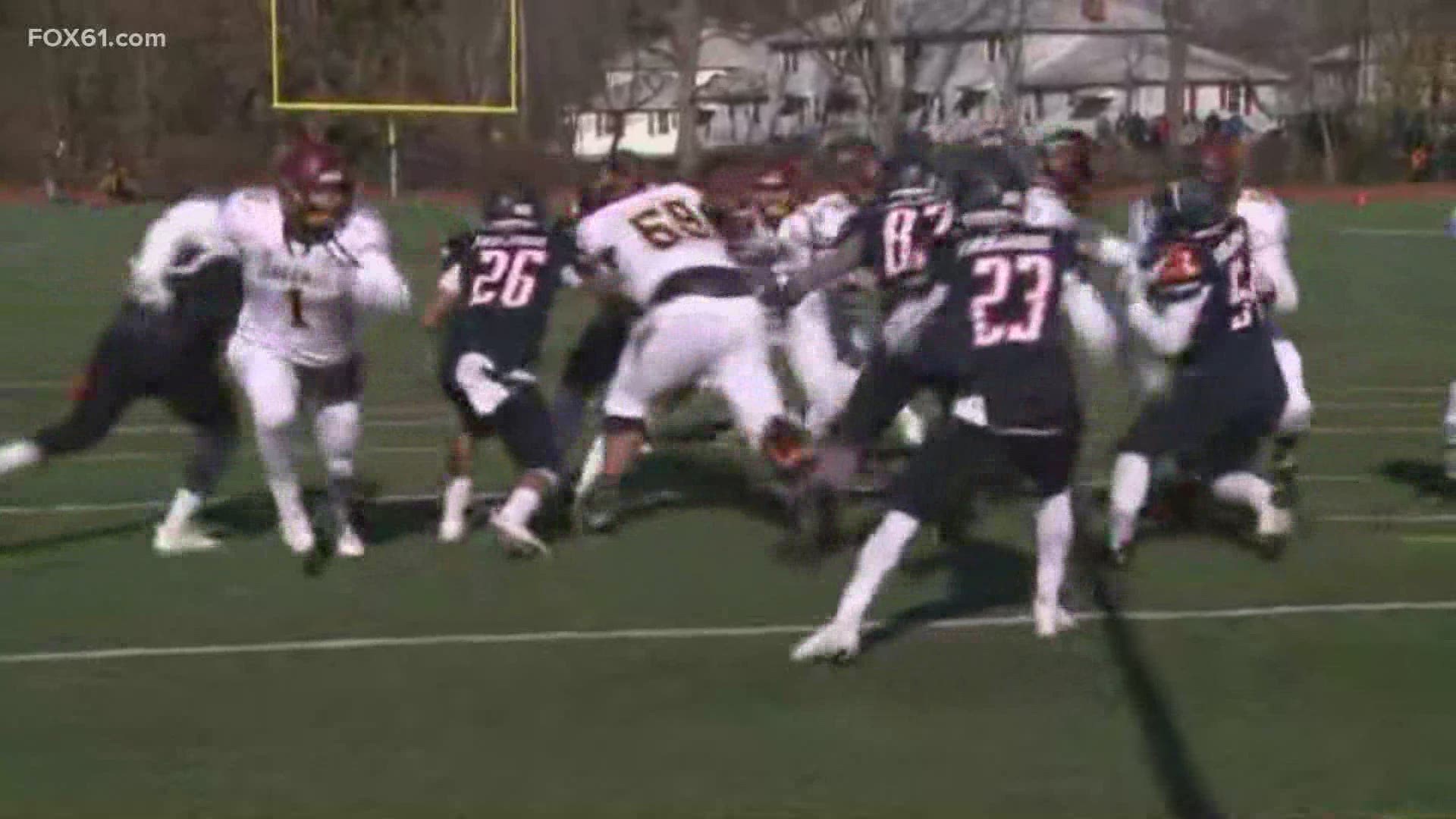 CONNECTICUT, USA — High school football players and coaches say they have felt like they've been on a roller coaster the past several weeks. The ride appears to have finally come to an end and far too soon for those involved.

"Our principal was good enough to bring all of them together and just let them talk and vent out their frustrations about the season being canceled, said Bill Weyrauch, the Lyman Hall head football coach.

"I’ve been playing football pretty much my whole life and been preparing for this season and been working harder than ever trying to get me prepared," said Lyman Hall senior running back Christian Salaman.

Lyman Hall's crosstown rivals - the Sheehan Titans - are coming off a state championship season and were looking forward to the opportunity to defend their Class S title.

"I do agree with I don’t think they can go against the DPH decision," said Sheehan senior lineman Bill Gorry. "But I want to see that they exercise the opportunity to have a spring season and that choice."

Playing football in the spring has been popular among coaches and players alike.

"As time is going on, it seems to be some more people got on board with that (spring) and it’s disappointing that they (CIAC) can’t be there to offer some hope," said Sheehan head football coach, John Ferrazzi.

The CIAC Board of Control decided sports not played in the fall would not be played in the spring either because the CIAC and DPH information is that it's unlikely that the COVID-19 metrics later in that year would be better than they are now.

"Why can’t the parents have a right to say and have a choice to let their kids play football," Maloney head football coach Kevin Frederick queried. "If they don’t want to play and the parents think it’s not the right choice, then they don’t play."

His idea suggests parents and student-athletes should have the ability to sign a waiver taking liability away from schools.

"If they see that our numbers are really low and we are doing better than other states that are able to play football and we aren’t, then they got it all wrong," said Damian Vargas, a senior lineman for Maloney. 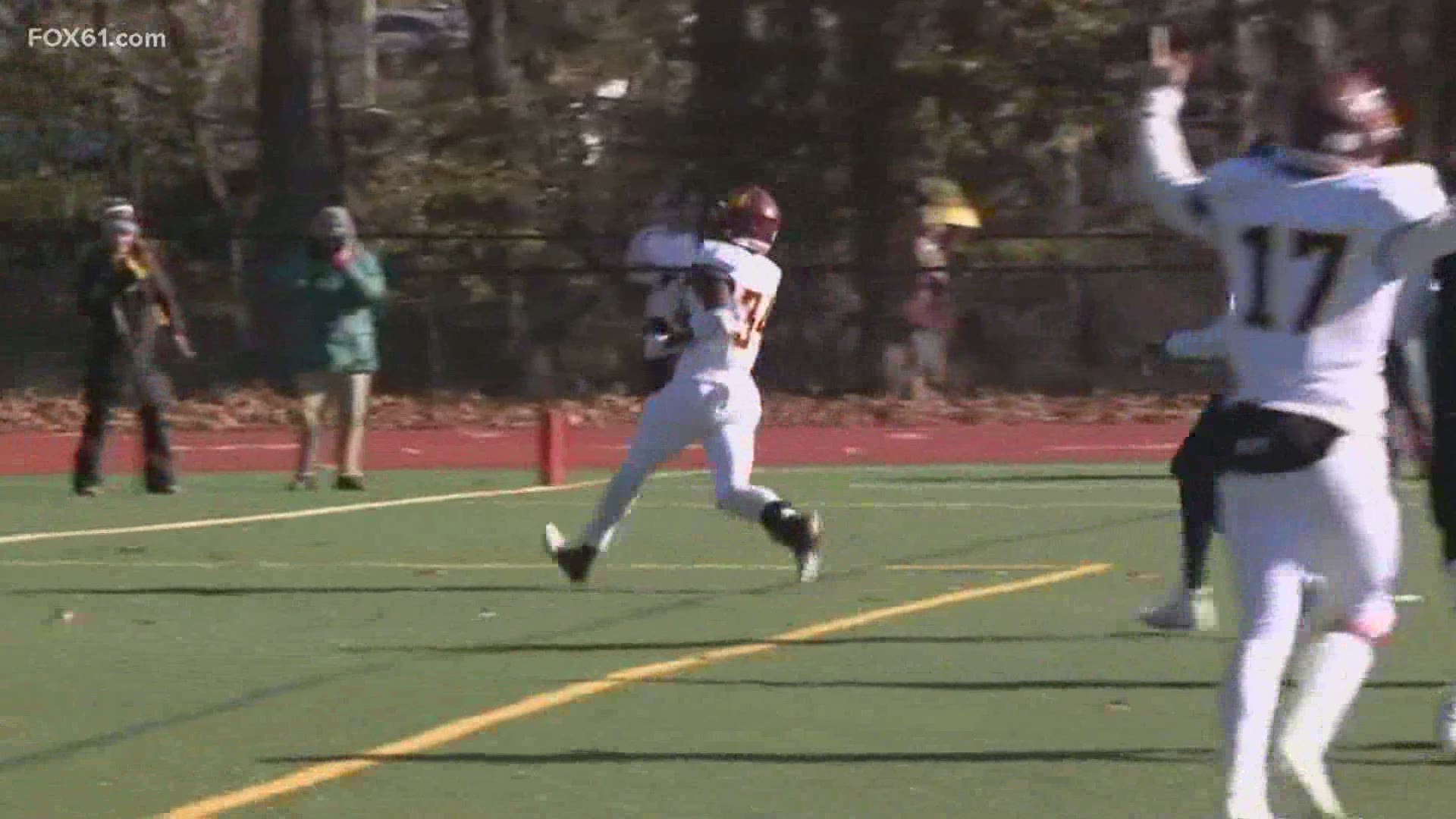 "It’s crazy to see other fall sports and they can play," said James Tarver, a senior running back for Maloney. "There's sports with more contact than football."

"We have a lot of kids, who want to play in college, and we need those academic and athletic scholarships to play and they’re just pulling it out from underneath us," said Joshua Pelletier, a Maloney Senior Lineman.

And, many players and coaches say football is at a disadvantage.

"Every other sport has club, Premier, AAU, legion baseball," said Platt head football coach, Jason Bruenn. "There were more baseball games played this summer than they would’ve ever played in high school season."

"Not just me, but all the other seniors that maybe didn’t get a chance to get on the field last year and worked hard in the off-season and can't even get that chance now," Salas said.

"It’s like every other day we don’t know If we are playing football or not and this seems to be like they’re putting their foot down now," said Platt senior lineman Clayton Bruenn. "It just hurts all of our teammates."

The CIAC said if they had gone forward with a plan to play tackle football, there was a growing number of superintendents, who would not have allowed their high schools to participate.