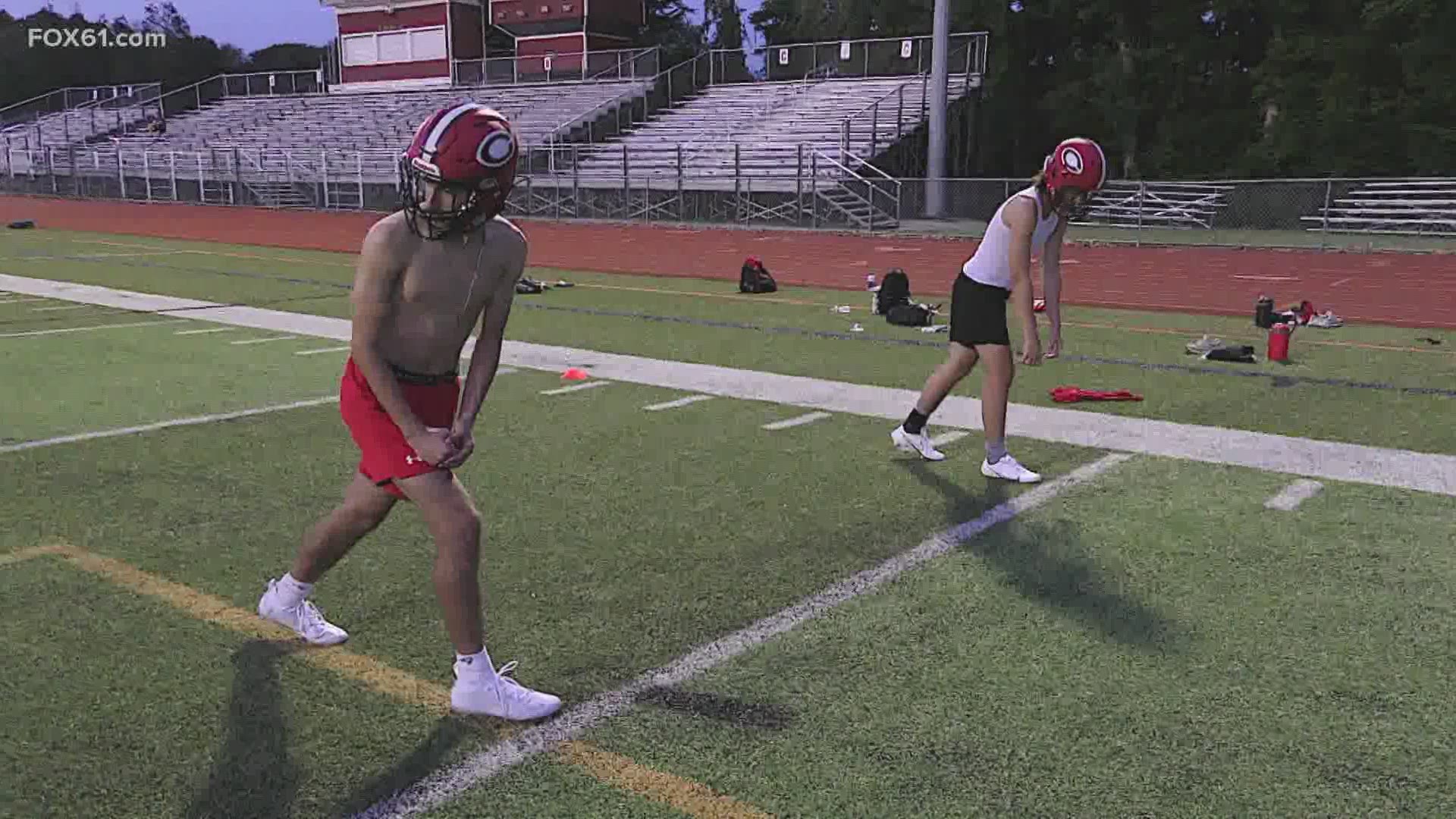 WALLINGFORD, Conn. — As high schools begin to open all over the state, sports teams continue to prepare for a fall season of uncertainty.

The boys soccer team at Lyman Hall in Wallingford practiced for 60 minutes on Tuesday. Half of practice was conditioning only and the other half was dedicated to skill work. Under the Covid-19 backdrop, preparing for the season is a challenge.

“We’ve got to be socially distant,” said head coach Arnie Jandreau. “We’ve been putting varsity players with younger players to help with coaching.”

With every day hanging in the balance, players know each pass they make could be their last of the season but that’s not stopping them from being all-in, after all it’s all they have right now.

“I’m a little more nervous than last year, said senior Lyman Hall captain Declan Turbett. “We don’t know how much we will get into the season if we even get any games to begin with so we are just going day by day.”

Just up the road in Cheshire, the football team continues to put in hard work. While it’s considered high risk with a cloudy future, the team conditions and does position skill work as Ram captains lead by example.

“We are building upon what we did last year and just keep grinding and getting our team better and setting a legacy for the future,” said Cheshire captain Chisom Okoro.

Cheshire head coach Don Drust, teaching X’s and O’s Is important right now but doing it the right way under the Covid-19 backdrop is key.

“The goal is to make sure we are doing everything in our power to make sure they are stepping foot in the building and going back to school,” said Drust. “If we do our job and we do all the things we are suppose to while we are out here, we are one step closer to getting them back in the school building which is the ultimate goal.”

Teams like Cheshire will continue to work out through September and as of now, the CIAC has games set to begin on October 1 providing all coronavirus metrics are favorable.