Lamont says the meeting will be Friday. The sport had been canceled due to concerns of contact sports during the COVID-19 pandemic. 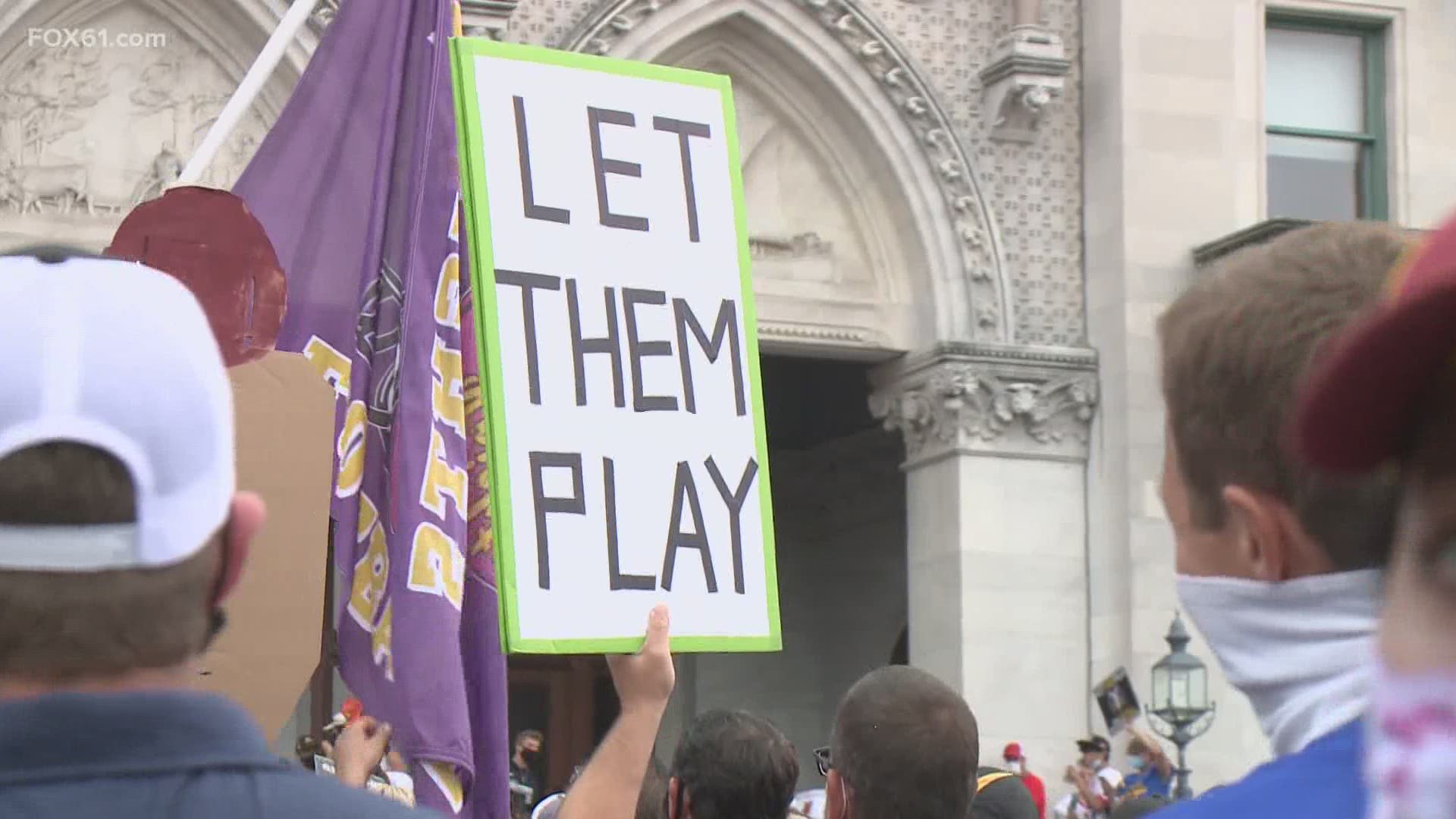 CONNECTICUT, USA — Governor Ned Lamont is calling for a meeting between the Department of Health and the Connecticut Interscholastic Athletic Conference.

Lamont tweeted on Wednesday night an interview between him and a local news anchor. The governor says he wants to see high school football played but he also wants it to be played safely. He also cited other states' plans on how they are playing high school football.

The CIAC decided to cancel this fall’s football season, following DPH’s COVID-19 recommendations. Multiple rallies were held by student-athletes, coaches, and parents to restart the season.

Members of the GOP and Democrats addressed separate letters to the governor, calling on him to meet with the Department of Public Health and the CIAC to find a way to allow the season.

Lamont said in the interview the meeting will be held Friday as a way to brainstorm an idea to safely play high school football in Connecticut.

I'm calling for a meeting between @CTDPH and @ciacsports to be held on Friday regarding ways to safely hold school sports. We have an obligation to all of our students, faculty, staff, and administrators to keep them safe, and I expect that goal to be the focus of the discussion. pic.twitter.com/une30SlshO