The CIAC canceled high football in August due to COVID-19 concerns. 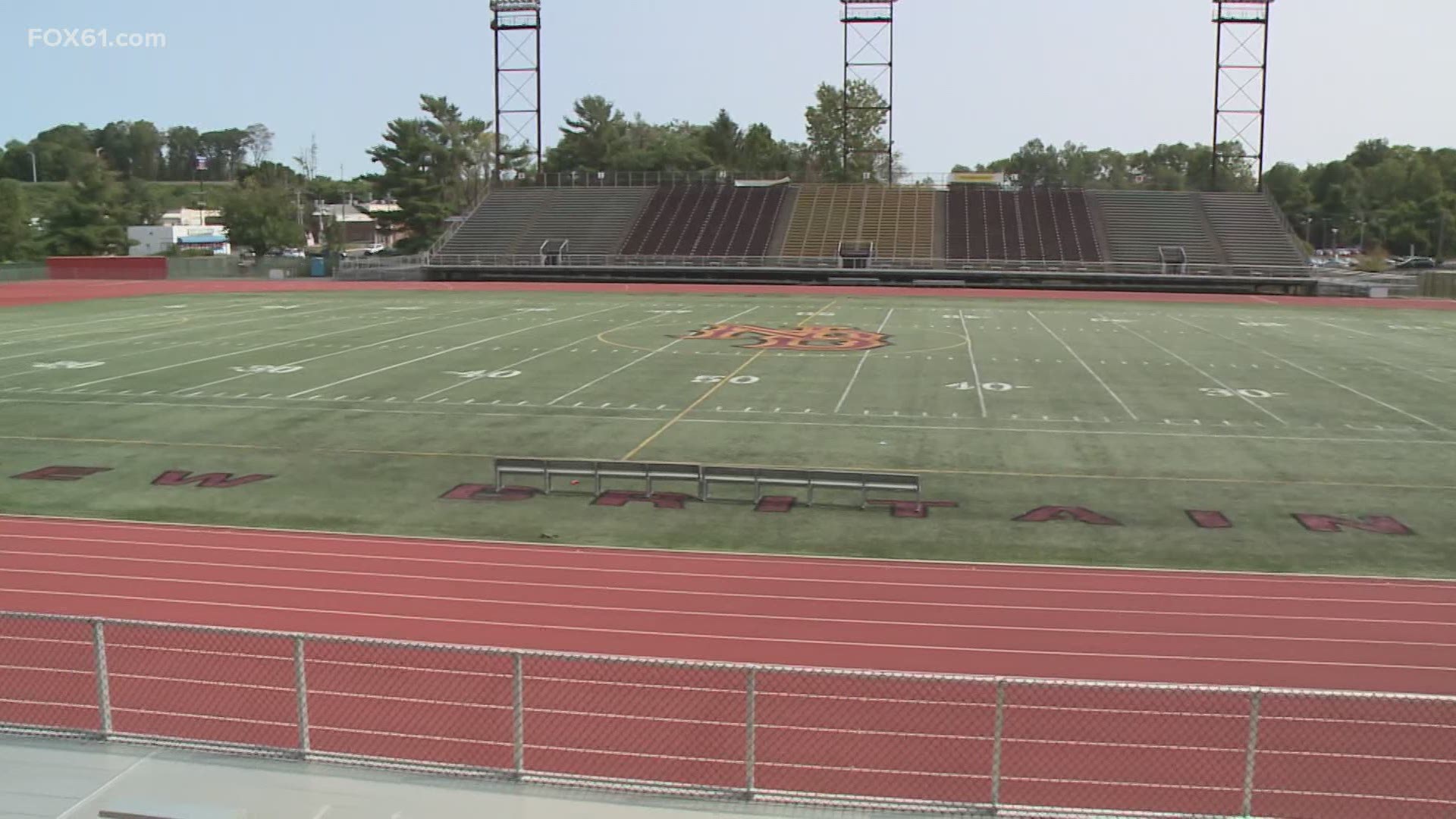 CHESHIRE, Conn. — The question of whether high school football will be played this fall is likely to be cleared up before the end of this week. And players and coaches say they have a way to end this debate.

Cheshire High School's football team decided if the Connecticut Department of Public Health recommends wearing close-fitting face coverings during many activities, including athletics, then why don't they give that idea a test drive in practice.

Monday night, before the team's practice, their head coach Don Drust asked six players, from all different positions, to mask up and get after it.

"At the end of the day, our game is 48 minutes and, well, we tried to do it last night for 60," Drust said of his players wearing masks. "All of them came back and stood in front of me and I asked them to be as honest as possible because we need to have real solutions."

Each of the players told Drust they can play while wearing masks.

"I thought it went pretty well under my helmet it stayed on with the chinstrap and breathing was doable it was only taken off to hydrate distance when social distance from everyone else," said Cheshire Captain Nick DiDomizio, a defensive end, and tight end.

Players from across the state are on board with wearing masks during games.

"I would wear anything it doesn’t matter what it is as long as I can play," said Cole Hurlburt, a senior lineman for Ellington High School. "I’ll just wear anything, a mask, shield, long sleeves, gloves, anything."

"We are so conditioned through all of our training and everything we are all able to breathe perfectly fine, especially now that the weather is, you know, today it was 49° this morning," said Bill Gorry, a Sheehan High School senior lineman.

If, after their Board meeting Thursday, the CIAC decides to cancel football for the fall, Jack Cochran, who won eight state championships as a head coach, says his Yankee Independent Football League is ready to kickoff.

"A great platform for kids to not only play but get videotape," said Cochran. "Many of these kids want to play in college. They are behind the eight ball now because they have nothing to give to these colleges and universities."

All of the games in the Yankee Independent Football League would be played on Saturdays and Sundays at New Britain‘s Veterans Memorial Stadium beginning a week from Saturday, on Sept. 26

Cochran encourages coaches, players, parents, and sponsors to reach out to him with questions or offers of assistance with the league.

Of course, every team in the state hopes the CIAC instead opts for a traditional season.