The CIAC reaffirmed it's decision earlier this month to cancel full-contact football for the 2020-2021 school year on September 16. 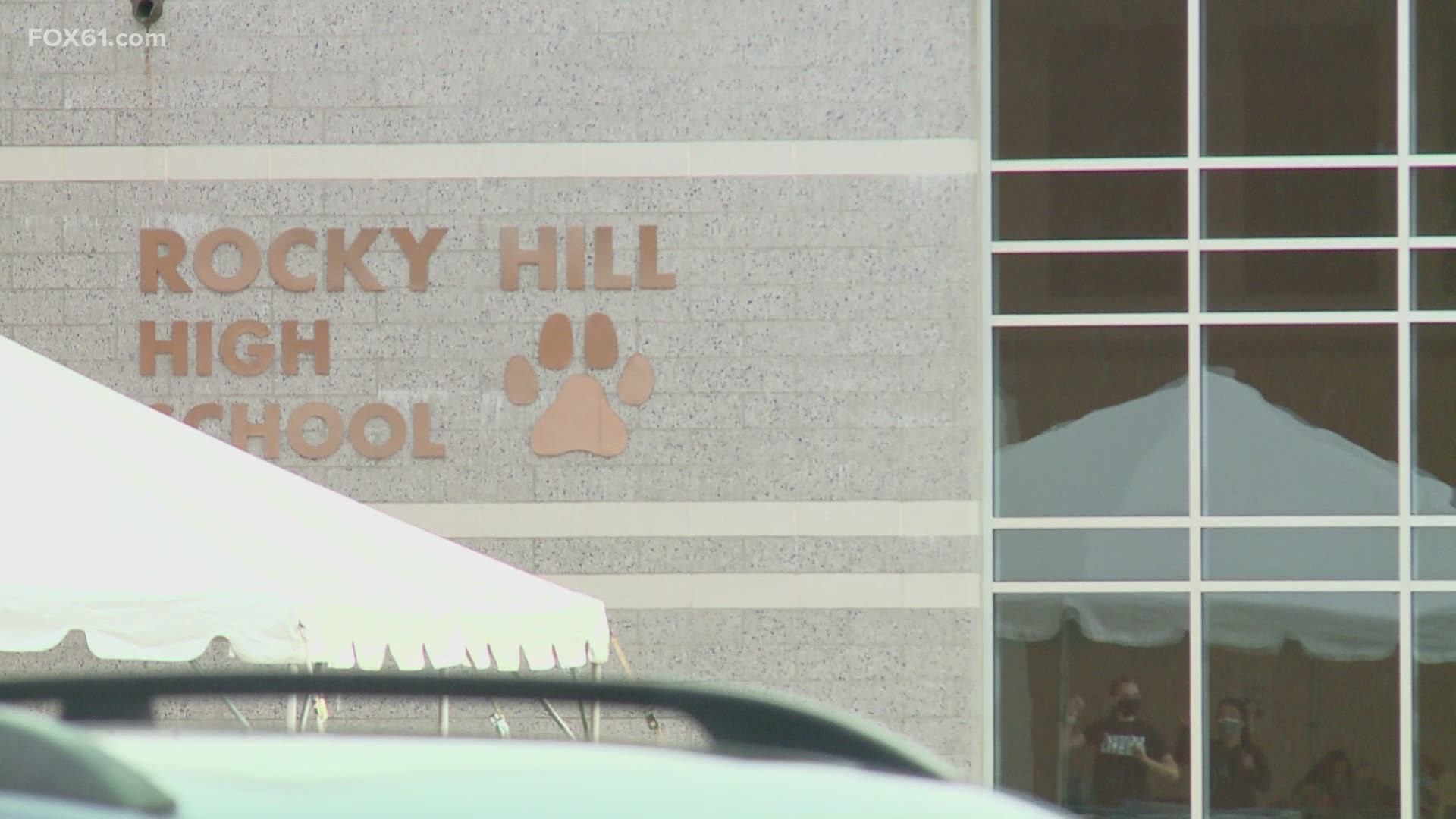 ROCKY HILL, Conn. — It’s been one day since the official end to the High School football season. Players and parents rallied at the Capital last week which led to another meeting between the Department of Public Health and the CIAC to reconsider playing. Although a season wasn't agreed upon calling an official end to any season in 2020.

The news and emotions are still raw for players at Rocky Hill High School. On Thursday, they should have been doing a walkthrough ahead of their game Friday night. Instead, they practiced without pads, wore masks and just tried to spend a few hours together playing ball.

"I want to spend every minute with them because all those memories we have on the field. Just saying that makes me sad," said senior RJ Onyina.

Memories that they shared under the lights and in the locker room for the last four years. COVID-19 cut the season short for 14 seniors at Rocky Hill.

"It's your final year. For some of us, we are counting on it to get into college. It's our future. It’s more than just a sport to us," said senior Joshua Young.

Young and his teammates still attended practice to put in work after class. The grind is a little different and so is the vibe but the players and their connection to each other remain the same.

"We’ve been working since the start, so why quit now," said senior Omar Ahmed.

"Just to be out here with my brothers, being leaders for the next year, that means a lot," said senior Arber Ndoni.

A new meaning to their senior season is taking shape on the practice field. Each one is an opportunity to leave behind a legacy that carries on for years to come.

"This whole team isn’t made up of seniors," said Ahmed. "We still have to make the juniors better. The sophomore’s better. The freshman better. We are trying to get everyone to be as good as they can and work as hard as we did for this year."

While the emotions of the lost season are still raw, especially while watching other fall sports ramp up, the players are shifting their attention to the classroom and their peers.

"The whole school really looks at us to make the right decisions and be leaders off the field," said Elijah Roko. "We have to show the school that we're serious about it."

There are rumors swirling of playing a seven-on-seven season or games in the spring. Although, players and coaches alike have no idea if that will ever happen.