Friday's meeting between the CIAC and the DPH at the State Capitol resulted in no further clarity as to the status of the high school football season. 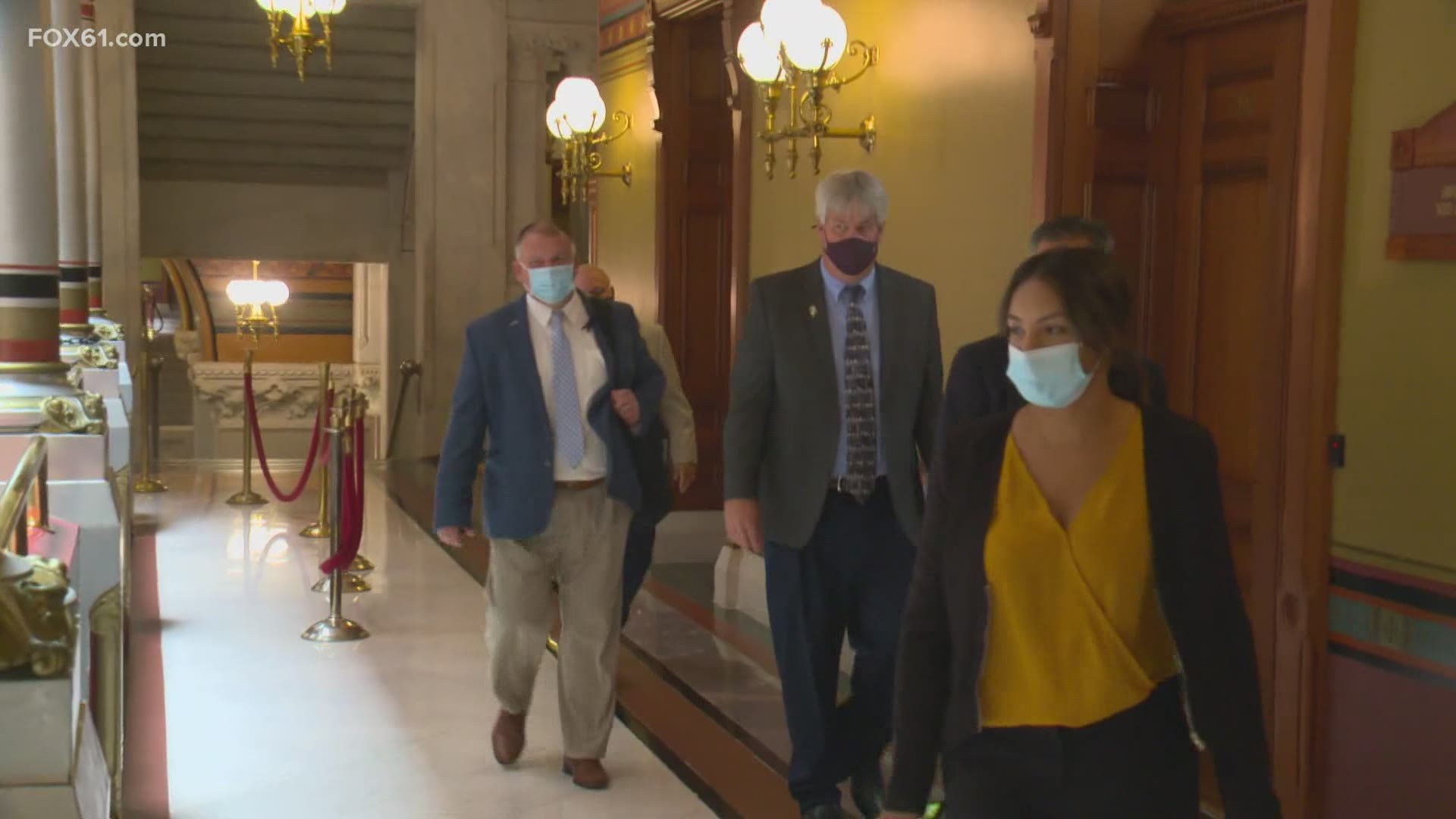 HARTFORD, Conn — High school football teams across the state say they're tired of the roller coaster they've been riding for the past month, but that ride has been extended.

Friday's meeting between the Connecticut Interscholastic Athletic Conference (CIAC) and the Connecticut Department of Public Health at the State Capitol resulted in no further clarity as to the status of the high school football season.

While the Governor's office, CIAC, and DPH characterized Friday's meeting at the State Capitol as excellent and productive, the needle was not moved by the CIAC's additional ideas to mitigate the potential spread of COVID 19.

"We talked today about some ideas for face shields and facemasks," noted Glenn Lungarini, the Executive Director of the CIAC. "We talked more about the number of people that are potentially would be on the sideline."

Full face shields are made by multiple helmet manufacturers.

"Whatever it takes to play," said Elijah Sheen, a senior defensive lineman for Southington High School. "Like if we have to wear facemasks or even face shields or even these one under our helmets, I will wear it."

But, the DPH urged caution on face shields and some other CIAC suggestions.

"The CIAC acknowledged that these strategies are not proven," saidDr. Deidre Gifford, Acting Commissioner, of DPH. "We just don’t know whether they will reduce the risk of transmission by a little, a lot or not at all."

The bottom line, DPH believes football is still too high risk to play in the fall.

"I think it’s a little ridiculous just because like in the United States alone there’s been hundreds of games of high school football so far and nothing's come out of it like no more cases," said Shane Laporte, a Southington senior wide receiver.

"I think we’re just looking for them (CIAC, DPH) to come together on some type of conclusion for these young men and looking at consistency is allowed throughout the state in line with our football season," said Southington Head Coach, Mike Drury.

Berlin Head Football Coach, Joe Aresimowicz, who is also the state's Speaker of the House, says if football is recommended for March and April instead, that may not get off the ground either.

"What’s the say we don’t get that flu spike that everybody says is coming and increase percentage is once we are all confined to the indoors," said Aresimowicz.

The coaches and the CIAC said they are aware that some club football teams, not under the direction of the CIAC, are now forming to give an opportunity for student-athletes, who want to play college football, so they can be seen by college coaches.