Chris Paul has the option to play another season with Phoenix on a $44.2 million deal or he can opt-out and become an unrestricted free agent. 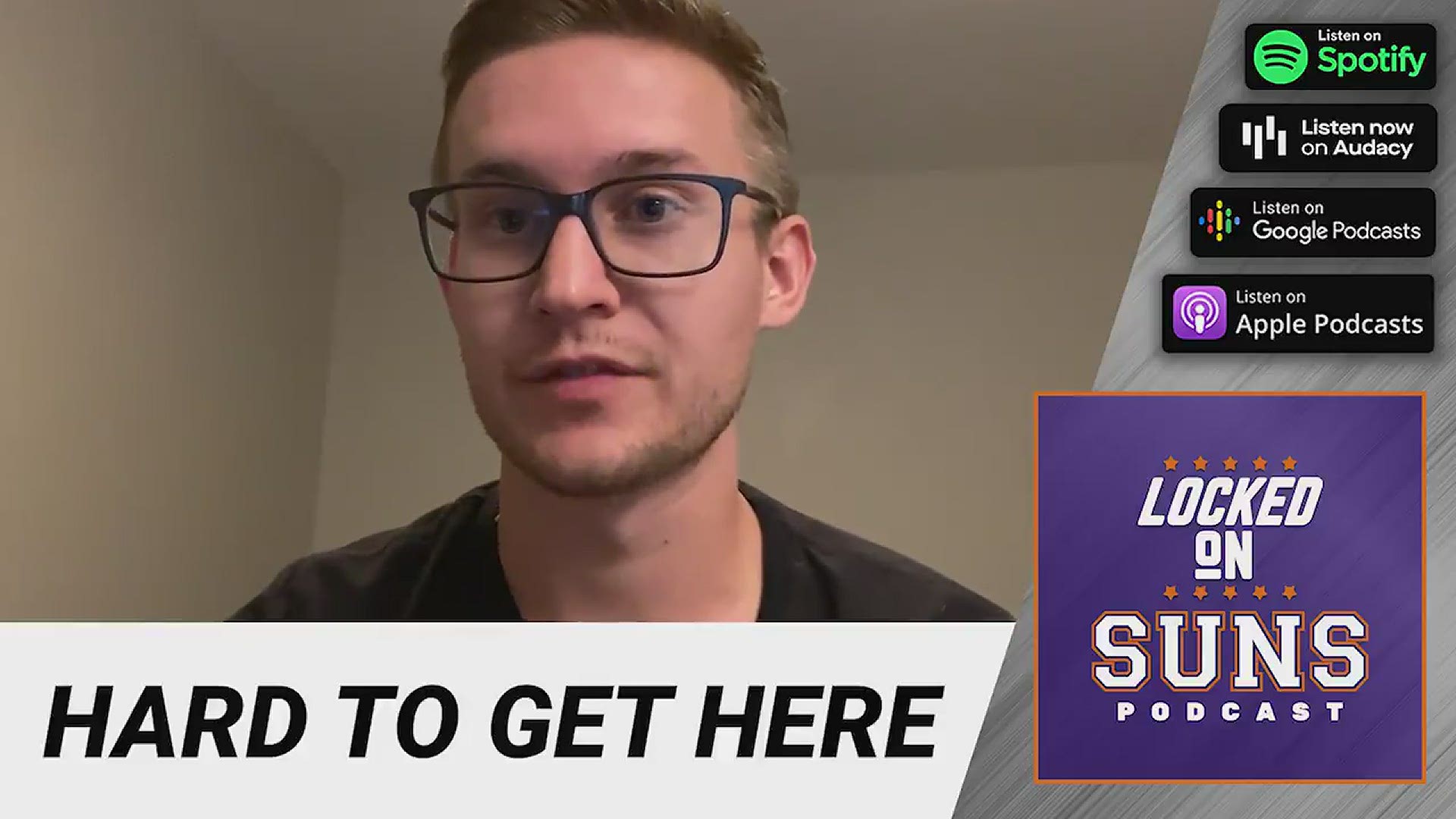 PHOENIX — The NBA season ended on Tuesday night, but the offseason news cycle is in full swing already as the Los Angeles Lakers reportedly have interest in trying to sign All-Star veteran point guard Chris Paul.

Marc J. Spears, of The Undefeated, reported the news on Wednesday.

The Phoenix Suns just lost in the NBA Finals 4-2 against the Milwaukee Bucks, who won their first championship in 50 years, on Tuesday night.

Chris Paul made the Finals for the first time in his 16-year career after the Suns traded for him prior to the 2020-21 season.

Paul, an 11-time NBA All-Star, now has to contemplate his future. He can become an unrestricted free agent if he declines a $44.2 million player option with Phoenix for next season, and he could also ask for a sign-and-trade.

SUBSCRIBE: The Locked On Suns Podcast is your daily podcast for all things Phoenix Suns. Listen for free wherever you get your podcasts.

In his postgame press conference on Tuesday night, Chris Paul was asked about his future but obviously didn't offer any insight just coming off the loss.

“We just lost a few minutes ago, you know what I mean? Right now we’re going to process this and figure this out," Paul said. "I think everything else will take care of itself.”

Paul, 36, was asked about possible retirement after the game but he squashed that, saying he'll be back.

Paul averaged 16.4 points, 8.9 assists and 4.5 rebounds for the Suns during the 2020-21 season and was an All-Star. He shined in the playoffs, helping lead the Suns as they knocked off the Lakers, Nuggets and Clippers on their way to their third NBA Finals appearance in franchise history and first since 1993.

Ultimate NBA Mock Draft 2021: Locked On local experts make the picks for their teams and NBA Draft experts analyze the picks and the prospects.

Listen to the NBA Draft night-style show for free wherever you get your podcasts.

Paul has until Aug. 1 to decide whether to opt in and can sign an extension with the Suns once the moratorium is lifted on Aug. 6.

Due to the NBA's "over 38" rule, the 36-year-old can only extend his contract for two years.

Phoenix also has to think about financials for the upcoming season. Rookie extensions this offseason that Phoenix must complete include that of star center Deandre Ayton and starting forward Mikal Bridges.

Backup point guard Cameron Payne, who had solid performances in the playoffs, will also be a free agent.

Former Laker and former Lakers president of basketball operations, Magic Johnson said on Twitter Tuesday night that Paul's first call if he opts out should be to his friend LeBron James.

If Chris Paul opts out of his contract with the Suns, his first call should be from his best friend LeBron James and the Lakers.

A big three with LeBron, Chris, and AD will equal a NBA championship!

The Lakers won their first championship in 10 years in the 2020 NBA Finals, led by LeBron James and Anthony Davis.

Los Angeles already has over $75 million in contracts just between James and Davis and the organization has a lot of decisions to make on expiring deals including Dennis Schroder, Andre Drummond, Alex Caruso, Wesley Matthews, Markieff Morris and more.

Notably, this isn't going to be the first time Chris Paul has been linked to the Lakers.

Back in 2011, late NBA Commissioner David Stern infamously nixed a deal between the Lakers and then-league-owned New Orleans Hornets to acquire Paul, stunning team officials who had just agreed on the three-team trade along with the Houston Rockets.

The proposed trade would have sent Paul to the Lakers, Pau Gasol to the Rockets and Kevin Martin, Luis Scola, Lamar Odom and Goran Dragic as well as a 2012 first-round pick that Houston had acquired from the Knicks to New Orleans.

The nixed deal that would have put Paul in a backcourt with Kobe Bryant is still talked about to this day.

Paul went on to play for the Los Angeles Clippers from 2011-2017 before stints in Houston, Oklahoma City and now Phoenix.

SUBSCRIBE: The Locked On Lakers podcast is your daily podcast for all things Los Angeles Lakers. Listen for free wherever you get your podcasts.