Are the Patriots a stronger Super Bowl contender than the Buccaneers?

With a five-game win streak under their belts, are Bill Belichick and the Patriots in a better position to contend for a Super Bowl than Tom Brady and the Bucs? 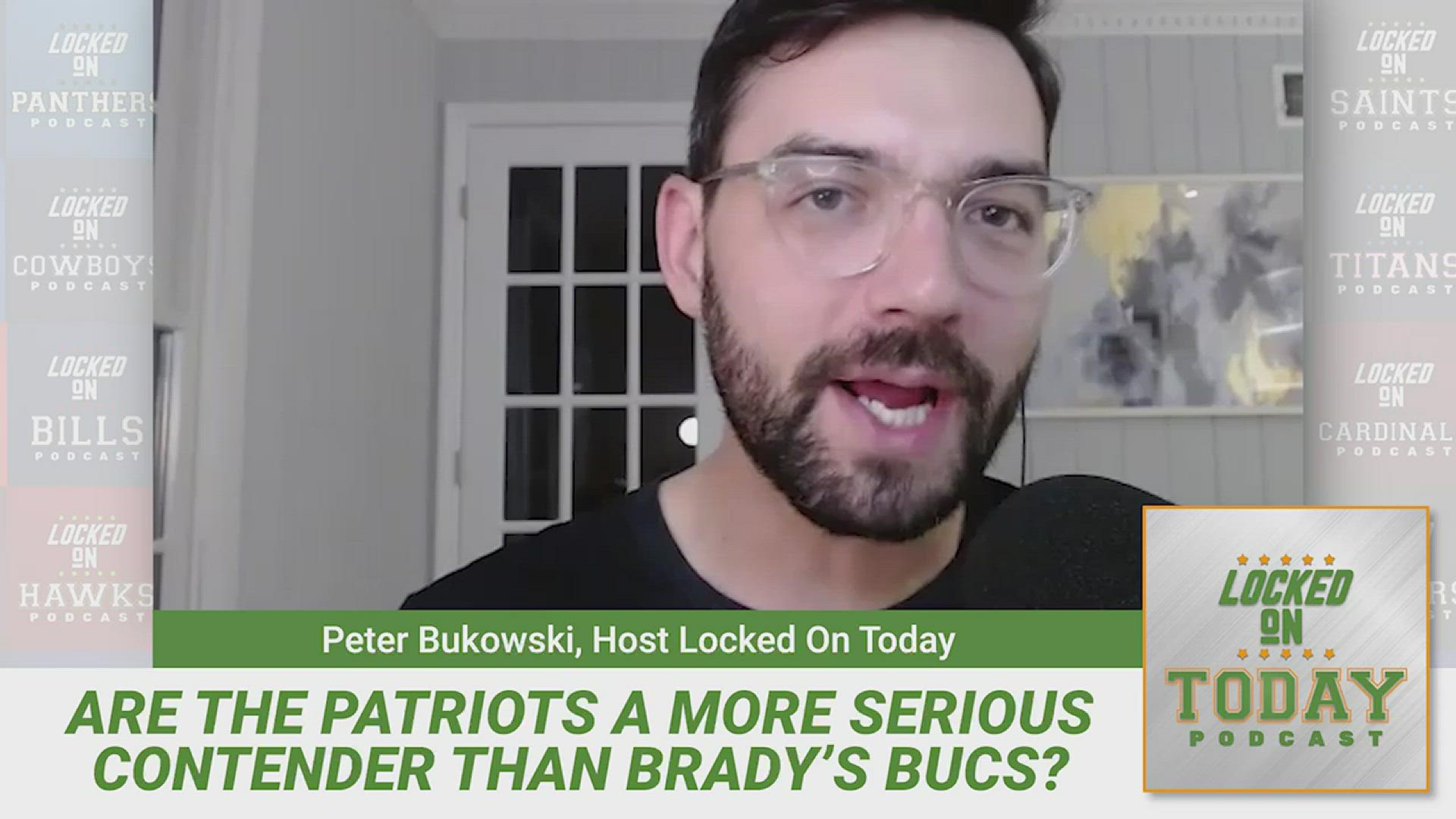 ATLANTA — The New England Patriots are absolutely rolling. Along with the Tennessee Titans, they're the hottest team in the AFC with five-straight wins.

These aren't just wins the Patriots are racking up. They're dominating victories. They blew out the Cleveland Browns last week 45-7 and on Thursday night, they went into Atlanta and shutout the Falcons 25-0 to move to 7-4 on the year.

Rookie quarterback Mac Jones was mostly cool, calm and collected as he completed nearly 85% of his passes. But it was the defense that really shined. The Patriots intercepted Matt Ryan twice, and intercepted backup QBs Josh Rosen and Felipe Franks. The defense had four interceptions total and Kyle Van Noy took one back for a touchdown.

SUBSCRIBE: The Locked On Today podcast hosted by Peter Bukowski gets you caught up each morning on the biggest stories in sports without taking up your free time. Listen here.

"You know, I'm going to say right now, I think the Patriots are in a very good position to be able to contend, maybe even better than the NFC teams. Right now, you look at the NFC team the Green Bay Packers I still think are the class of that conference right now. When you look at the AFC, I just don't see that dominant team that is absolutely head and shoulders above the rest that the Patriots can't make that type of climb."

D'Abate said that's no knock to the Tennessee Titans, who sit at 8-2 and will take on the Patriots in Foxborough on Nov. 28.

"But at the same time, you look at the way the Patriots are playing right now, clicking on all cylinders, even without having their best game, they still were able to dominate a Falcons team that they definitely should have beaten, but they really dominated them on both sides of the ball," D'Abate said. "These are the types of games that teams that are starting to hit their stride down the stretch. So yeah, dare I say, I think right now Mac Jones, Bill Belichick and the New England Patriots might be in a little bit better of a position than Bruce Arians, Tom Brady and the Tampa Bay Buccaneers."

SUBSCRIBE to the Locked On Patriots podcast, your daily podcast covering all things New England Patriots

The only detriment to the Patriots as things heat up later in the season and in the postseason could be rookie quarterback Mac Jones. While he is one of two favorites to win the NFL Offensive Rookie of the Year award and has been impressive this season, there are still moments where his inexperience shows, D'Abate says.

This included his one interception on Thursday night when D'Abate said he maybe got a little greedy looking for Jonnu Smith when he had N'Keal Harry open and running back Damien Harris open for a short yardage gain.

"Those are the types of reads that Mac has to stick with his read instead of maybe going with his gut and trying to get the extra yardage...Rookies are going to make that mistake," D'Abate said. "But at the same time, you also have to be a little bit more temperate. And I think in order for the Patriots to make that jump, you're going to have to see that in Mac...He'll learn from it. But at the same time, you want to see that growth and that decision making be shored up a little bit. Ultimately, the mechanics are there. It's just a matter of him being able to settle into the quarterback he's going to become, and he still has a ways to go."

SUBSCRIBE to the daily Locked On NFL podcast, free and available on all platforms