“We we’re so proud of you guys,” Gov. Lamont said. “Everyone was watching. You guys got to the big dance - just an extraordinary thing.” 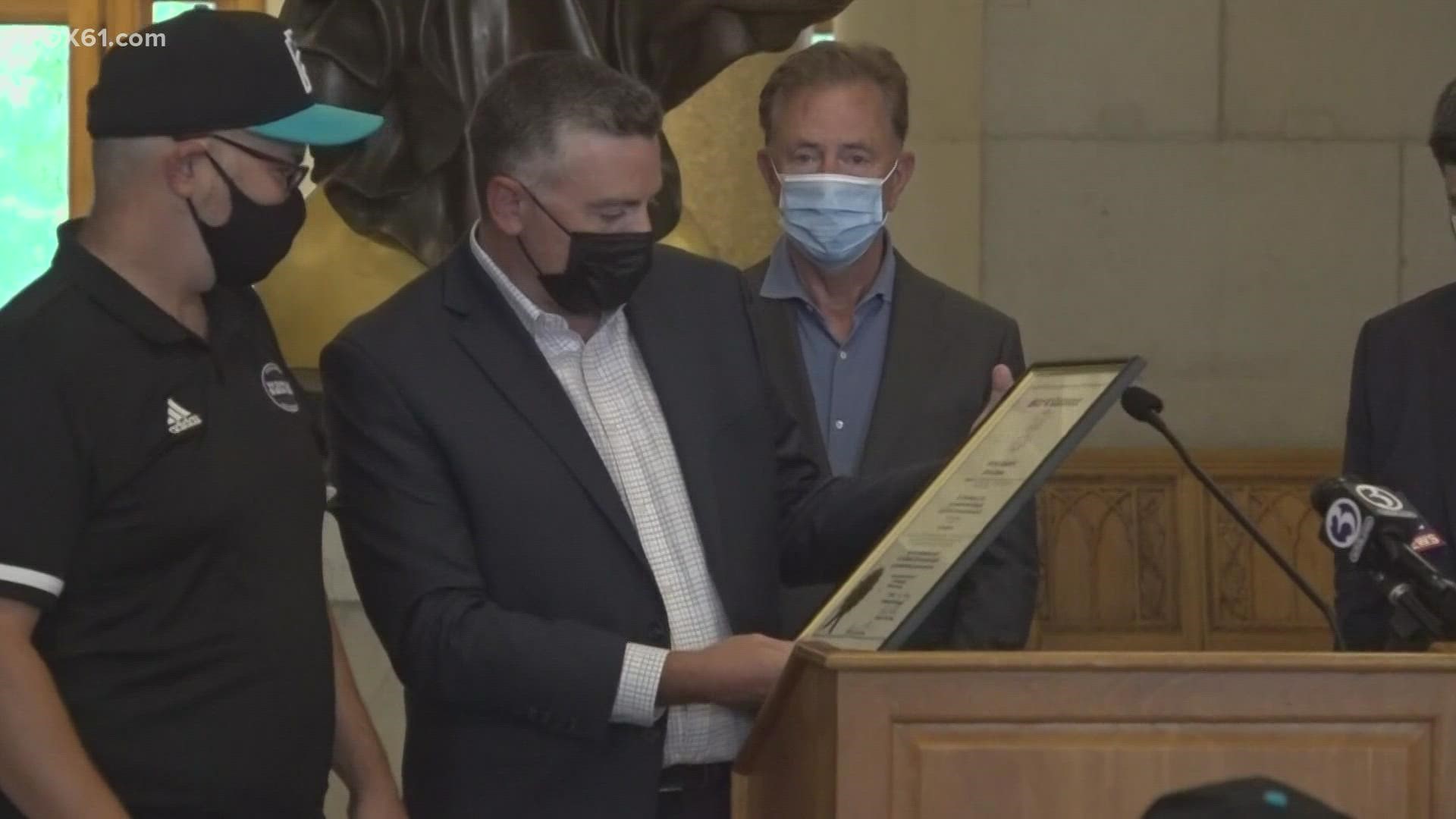 HARTFORD, Conn. — Manchester Little League was honored at the state capitol Wednesday afternoon for its magical ride to the Little League World Series.

The team along with their coaches braved the rain to be honored by state legislators, including Governor Ned Lamont.

“We’re so proud of you guys,” Gov. Lamont said. “Everyone was watching. You guys got to the big dance - just an extraordinary thing.”

Manchester’s run to Williamsport started with winning the state tournament before taking the first two games of the New England regional tournament to punch their ticket to the World Series.

Even though they didn’t come away with the national crown, Manchester Little League manager Rob Rastelli is confident that the boys will appreciate the journey.

“It was actually a nice sign to see them in the stands that night with the New Jersey kids who had just knocked them out of the tournament,” said Rastelli. “They were all starting chants for the kids and it was good to see them shake it off early and hopefully realize that ‘man, this is a really big thing.’”

Manchester represented Connecticut in the Little League World Series for the first time 2017.