The 85th running of the Manchester Road Race went off without a hitch on Thanksgiving Day. 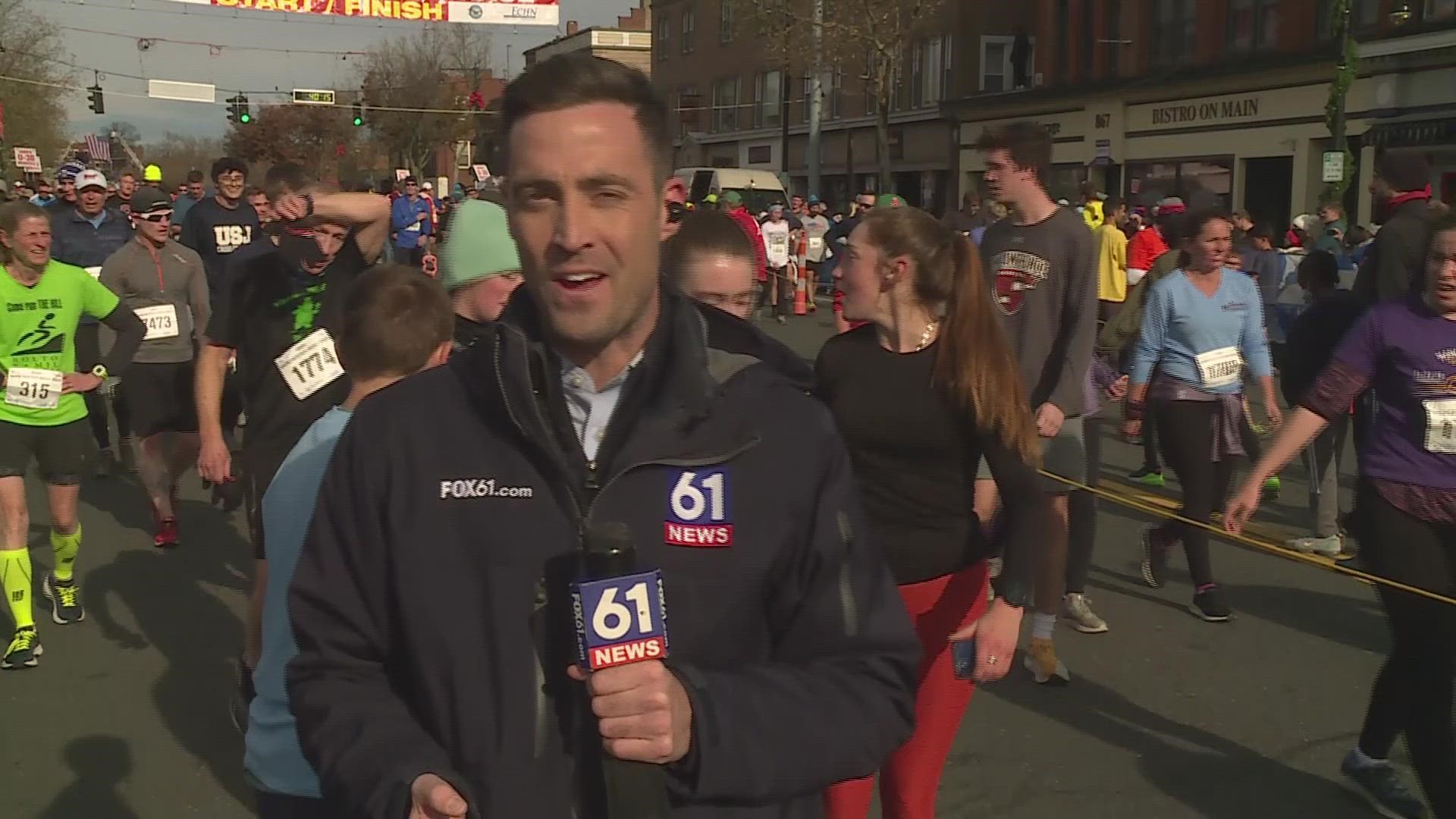 MANCHESTER, Conn. — What a dominating performance by Weini Kelati!

The 24-year-old runner native of the African country of Eritrea shattered the course record with a time of 22 minutes 55 seconds to win the women’s division of the Manchester Road Race. Kelati, who lives in Flagstaff, Ariz., finished 18th overall.

“It’s amazing!” Kelati told FOX61 News after crossing the finish line on Thursday morning. “The energy … When I hear the people cheering, it helps me to run fast.”

Kelati, who won the women’s national 5K road championship in New York City on Nov. 6, started off the race strong. She quickly got away from the pack in the women’s division and ran the 4.748 miles practically by herself.

She beat the previous course record of 23 minutes 57 seconds in the women’s division – set by Buze Diriba in 2017 – by more than a minute. 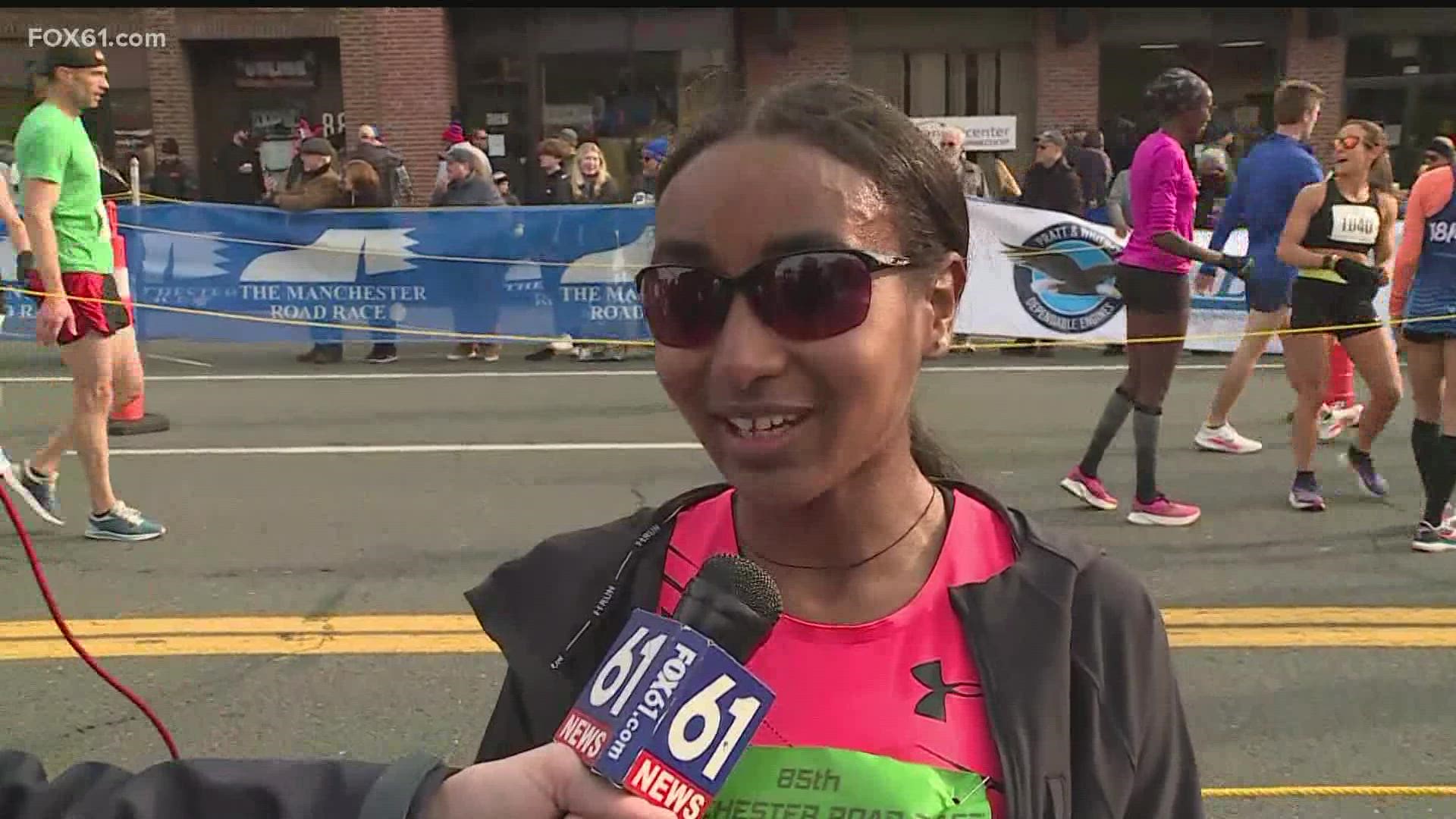 Second place in the woman’s race was Keira D’Amato from Midlothian, Virginia. Edna Kiplagat from Longmont, Colorado rounded up the top three.

“Thank you to the people cheering for us,” Kelati said. “It’s amazing.”

In the men’s race, winner Ben Flanagan, 26 of Canada, clocked in at a time of 21 minutes 23 seconds, beating second-place Leonard Korir by more than 12 seconds.

Flanagan, who lives in Charlottesville, Virginia, took the lead after the Highland Street hill, at about the 2-mile mark, and ran alone the rest of the way. 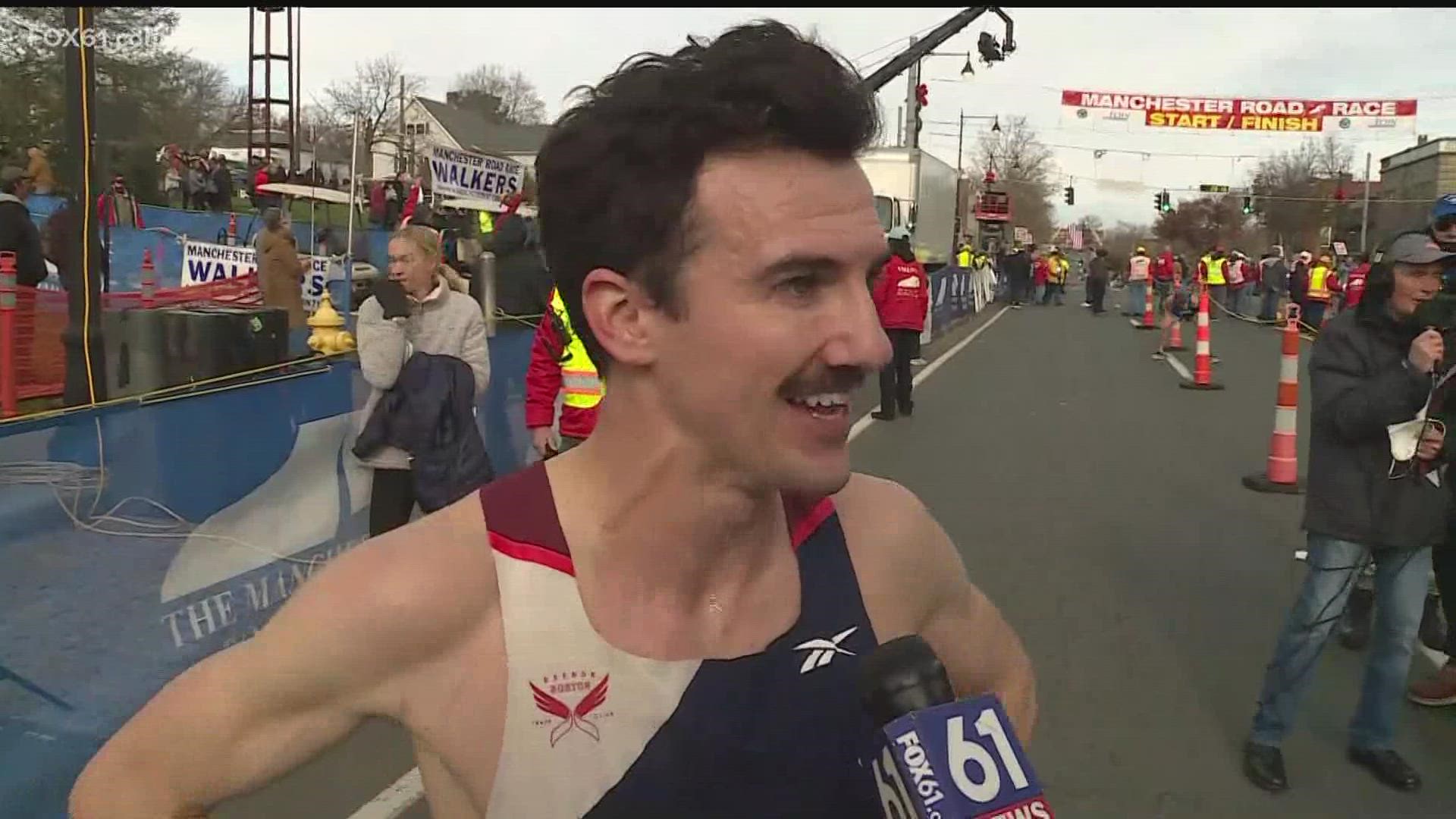 “I feel amazing,” he told FOX61 News after the race. “I knew I was in pretty good shape, but this time of year, you really don’t know what to expect, it’s so early in training. So, to come out here and take the win at a historic race like this is a huge privilege. I am so happy.”

He was about six seconds off the pace of the course record for the men’s division (21:15) set by Edward Cheserek in 2018.

Flanagan, who is a two-time winner of the Falmouth Road Race (2019, 2021), was running his second Manchester Road Race. He is the first Canadian male to win since Christian Weber in 1990.

Sam Chelanga, the 2013 Manchester winner, won the King of the Hill title at the top of Highland Street hill. He came in third overall.

“You do it right here (in Manchester),” Flanagan said of the crowds. “It was electric. As soon as I took the lead, the last two miles, the crowd just fueled me the whole time … it was so exciting.”

More than 8,700 runners hit the racecourse this year. The race was held virtually last year due to the COVID-19 pandemic. 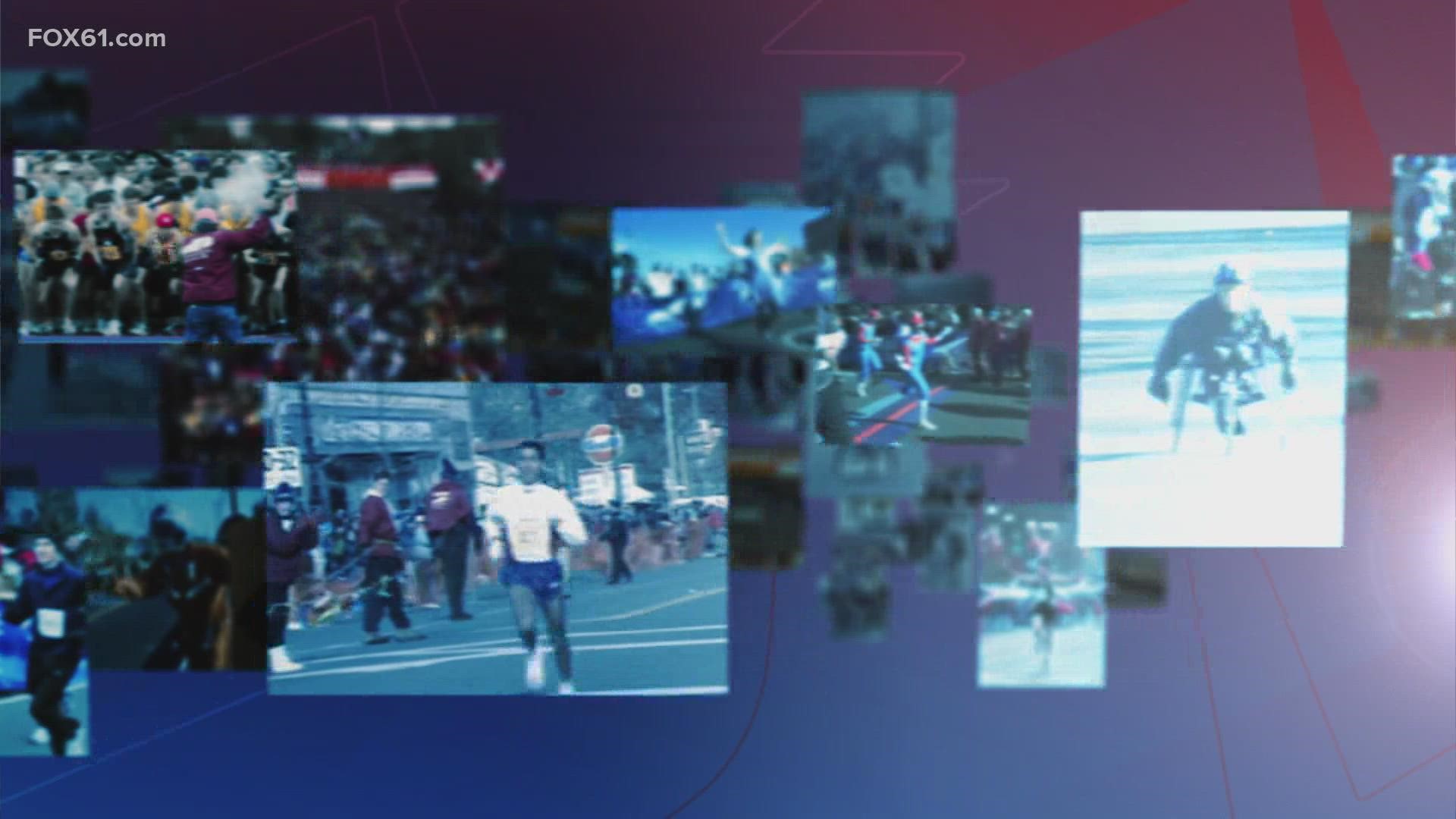