The conference said the decision was made in its commitment to lead, educate and inspire on racial and social justice issues. 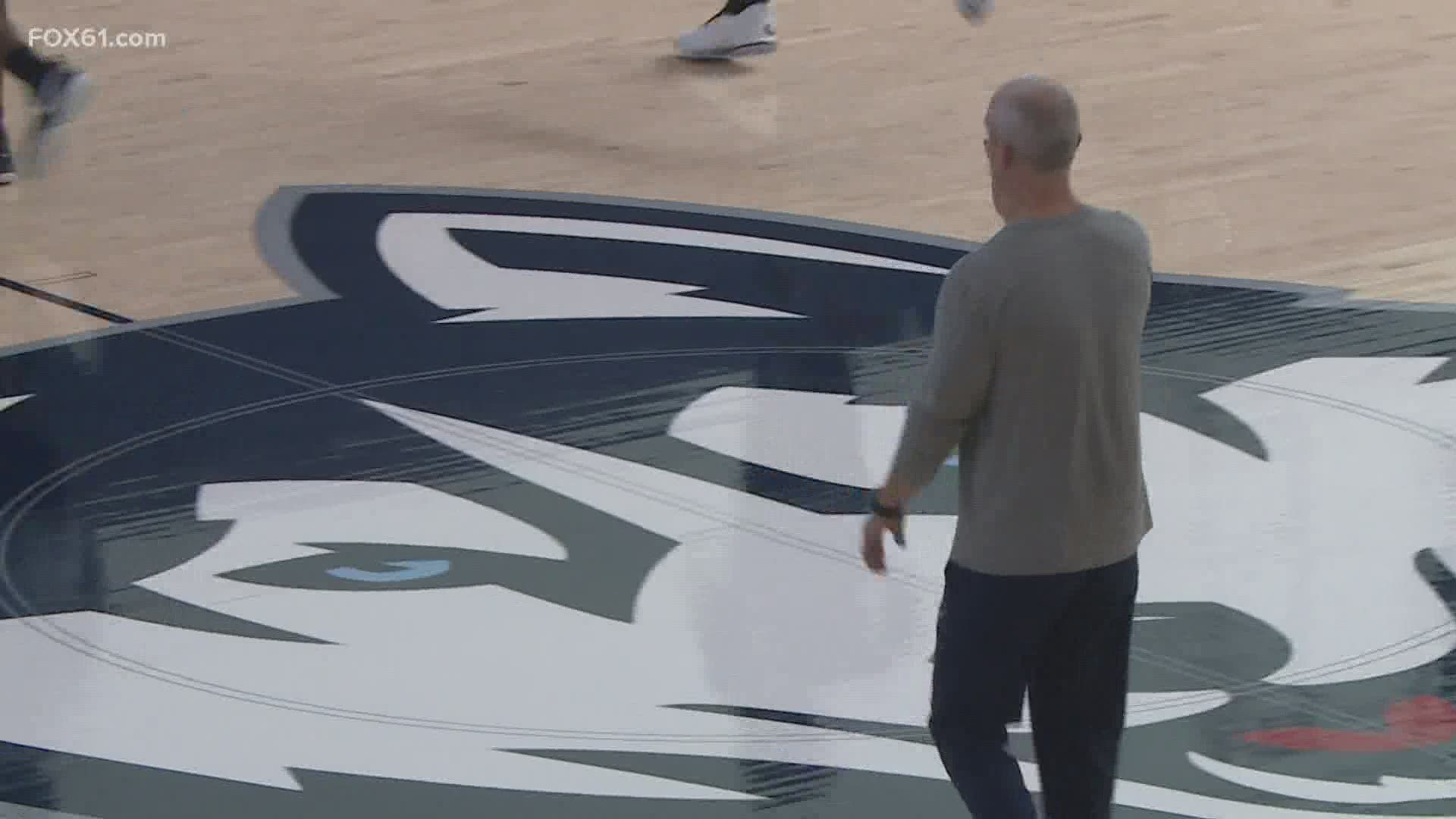 NEW YORK — The BIG EAST Conference announced Wednesday afternoon that its men and women's basketball teams will be wearing Black Lives Matter patches on their jerseys for the 2020-2021 season.

The effort to get the patches on the jerseys was spearheaded by Coaches for Action (CFA), which is a coalition of 21 BIG EAST ethnic minority men's assistant coaches. It was formed to "raise awareness in the fight against racism and to develop a sustainable action plan to dismantle prejudice, discrimination, and oppression in Black, Brown, Indigenous, and minoritized communities. The organization says coaches will wear BLM pins."

“We are proud that all eleven of our schools support the effort to bring attention through BIG EAST basketball to the Black Lives Matter movement and its goal of a more racially just world,” said BIG EAST Commissioner Val Ackerman.  “We applaud the initiative and leadership of CFA and their efforts to shine a light on the challenges that our Black student-athletes, coaches, and administrators face on a daily basis.  We hope our BLM initiative, coupled with the BIG EAST’s prominence and visibility, can help our country bridge its protracted racial divide and allow us, once and for all, to live up to our national ideals of equality for all.”

The #BIGEAST continues our Anti-Racism efforts with a series of actions to #BETheChange.

In the 2020-21 season, men's and women's 🏀 teams will wear a Black Lives Matter patch on uniforms.

We also officially support the efforts of @coaches4action.

The BIG EAST conference recently postponed all fall sports due to concerns over COVID-19. Originally, only in conference competition was allowed before the conference pulled the plug altogether. The conference has not yet made a decision on winter sports which includes basketball.