The men's team activities were recently put back on pause due to COVID-19. Their first BIG EAST game on December 20. 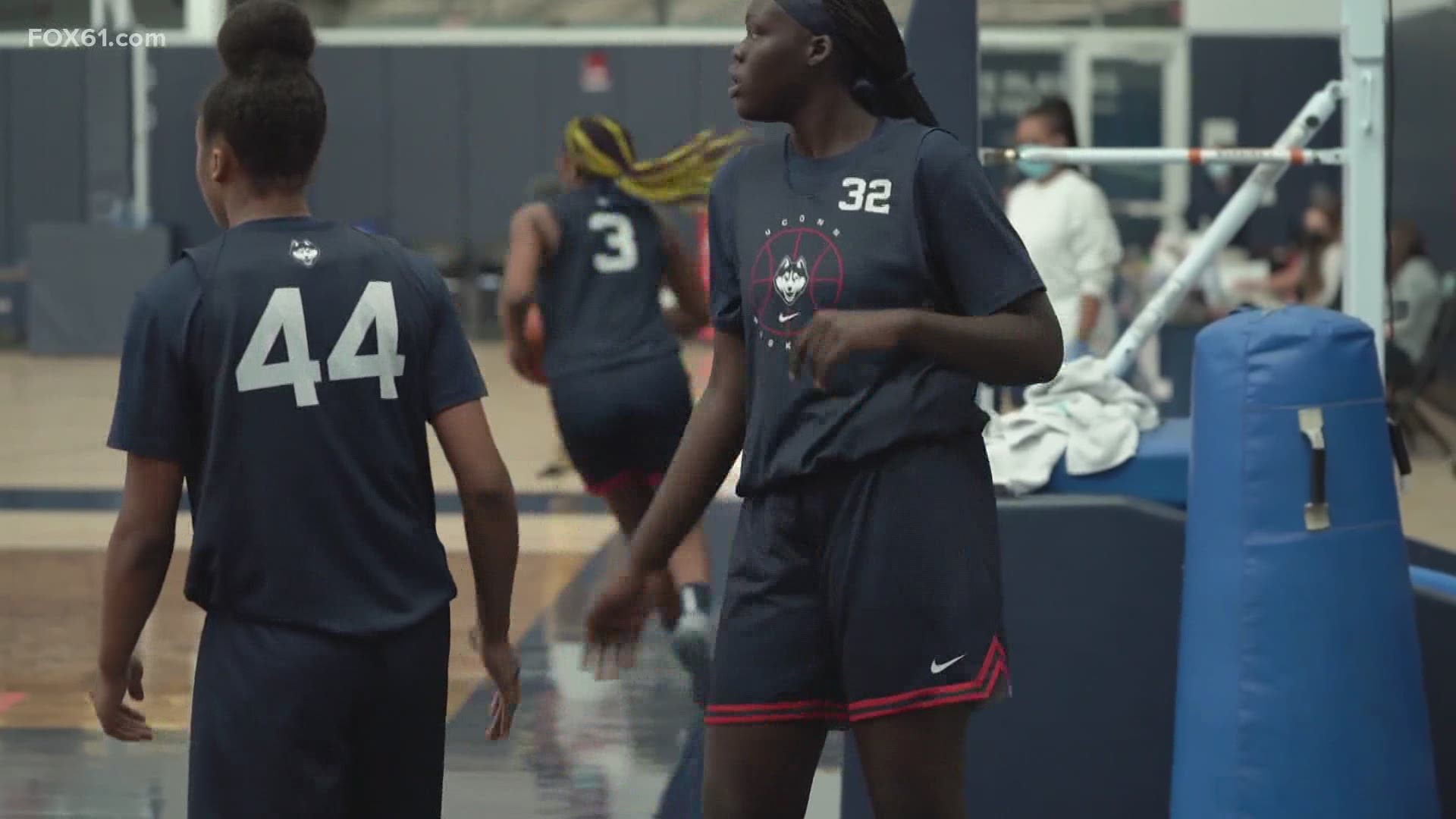 MANSFIELD, Connecticut — Editor's note: The video above aired on December 11.

As the UConn men wait to return to games after team activities were placed on pause for the second time due to COVID-19, the rest of their BIG EAST scheduled was released.

The UConn men were originally supposed to make their BIG EAST return against St. Johns in Storrs but now will face the currently ranked No.9 Creighton Blue Jays. Then there will be 17 more games to follow until March 6, when the Huskies end their season at home against the Georgetown Hoyas.

According to the Hartford Courant, the men returned to practice on Sunday. UConn will face perennial powerhouse Villanova on January 15 and February 20.