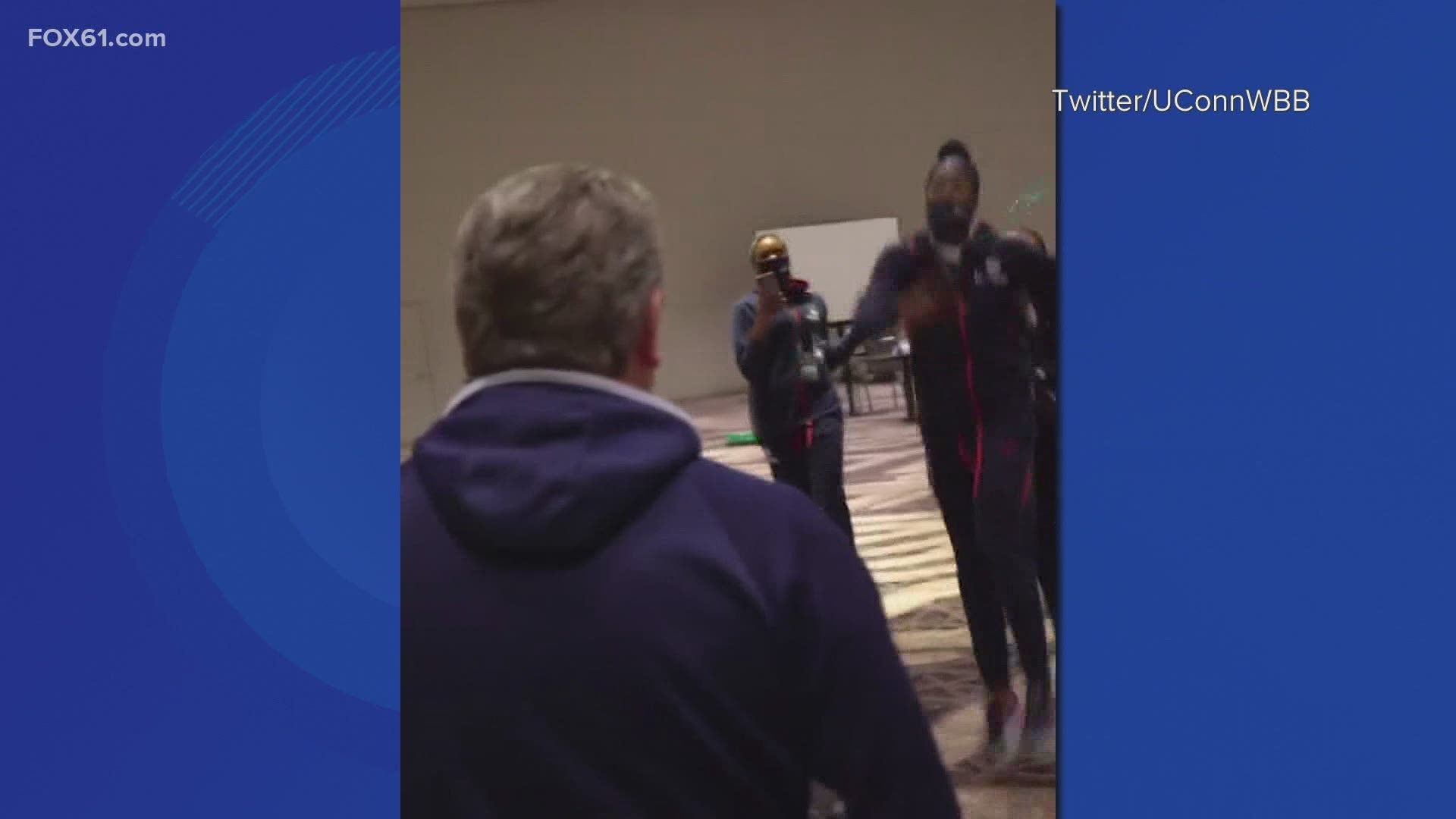 SAN ANTONIO — All he needed from them was to win two games.

That's right UConn fans, after being away from the team due to dealing with COVID-19 Geno Auriemma has rejoined the women's basketball team in Texas.

Auriemma tested positive for the virus on March 14 after receiving his second dose of the vaccine only five days earlier. The CDC says he remains nine days short of becoming fully vaccinated.

Due to guidelines, Auriemma had to stay isolated from the team for 10-days until he could go to San Antonio for the NCAA tournament.

The UConn women's team posted a video on their Twitter showing Auriemma's return and greeting him with hugs and excitement (while they all wore masks of course.)

"This must be the most boring place on Earth," joked Auriemma as his players mobbed him with selfies.

The Huskies have soundly won both of their games against High Point and Syracuse.

Long-time Assistant Head Coach Chris Dailey led the number one ranked women's basketball team to the Sweet Sixteen where they will take on Iowa on Saturday, March 27 at 1 p.m.