The husky was UConn's official mascot for almost six years before going into retirement. He made his public debut on March 9, 2008, at a men's basketball. 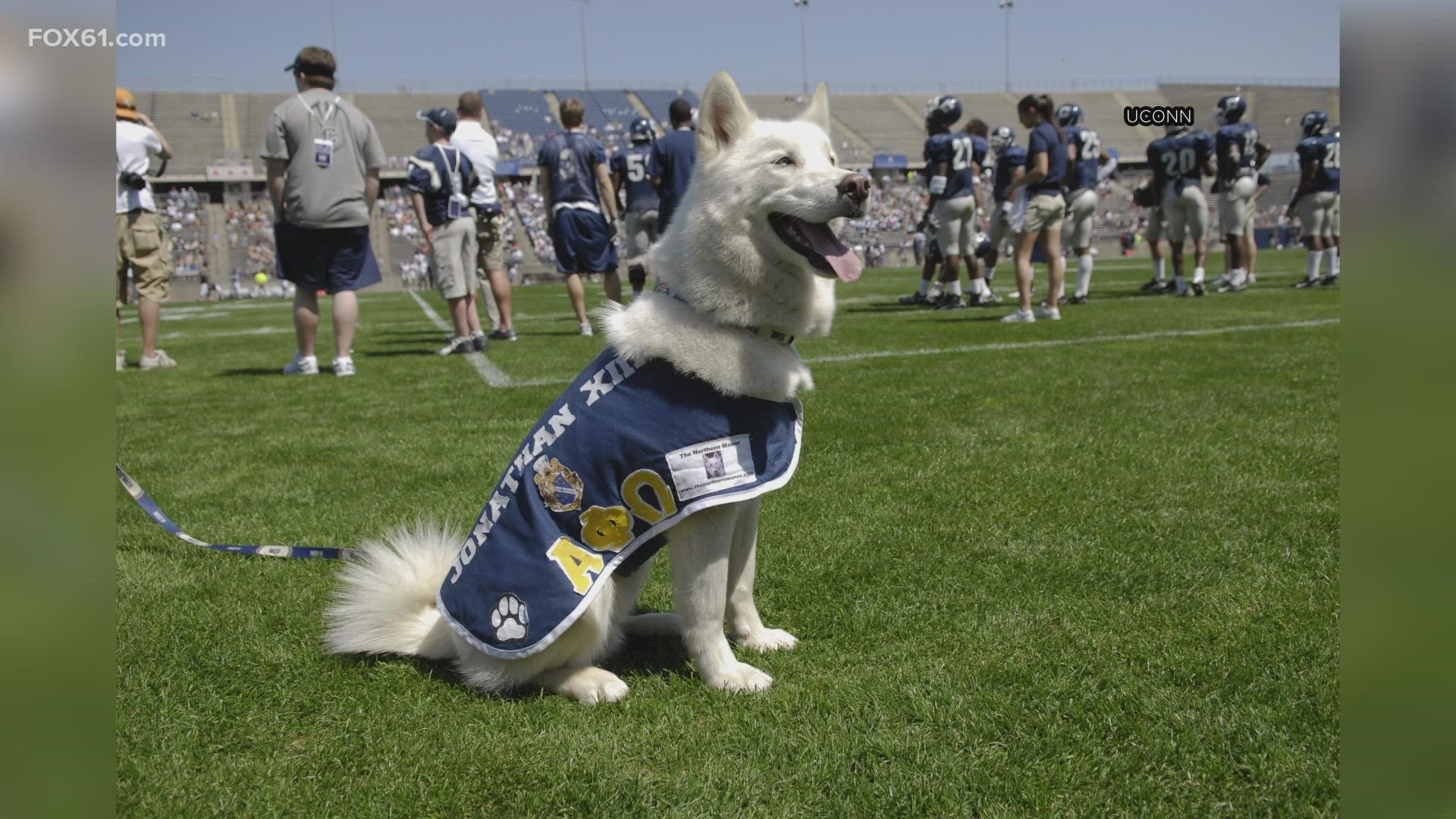 MANSFIELD, Connecticut — The Unversity of Connecticut's beloved former mascot Jonathan XIII died peacefully at his home Wednesday. He was 14.

Jonathan was a white Siberian Husky who was UConn's official mascot for almost six years before going into retirement. He was a mentor and best friend to current UConn mascot Jonathan XIV.

He made his public debut during a men's basketball game against Cincinnati in March of 2008. School officials say he lived near campus for many years with his host family and Jonathan XIV, his constant companion.

“For thousands of our alumni and UConn supporters, Jonathan XIII was ‘their’ mascot over the years, and he remained a beloved presence on our campuses and in the community in recent years with his successor, Jonathan XIV,” says Interim UConn President Dr. Andrew Agwunobi. “He was the epitome of ‘a good boy,’ and he’ll be greatly missed.”

UConn has named each canine mascot Jonathan since the beginning in honor of the last colonial governor and first governor of Connecticut Jonathan Trumbull.