A protest was held Monday after hearing talks about the school potentially switching from a D1 school to a D3. 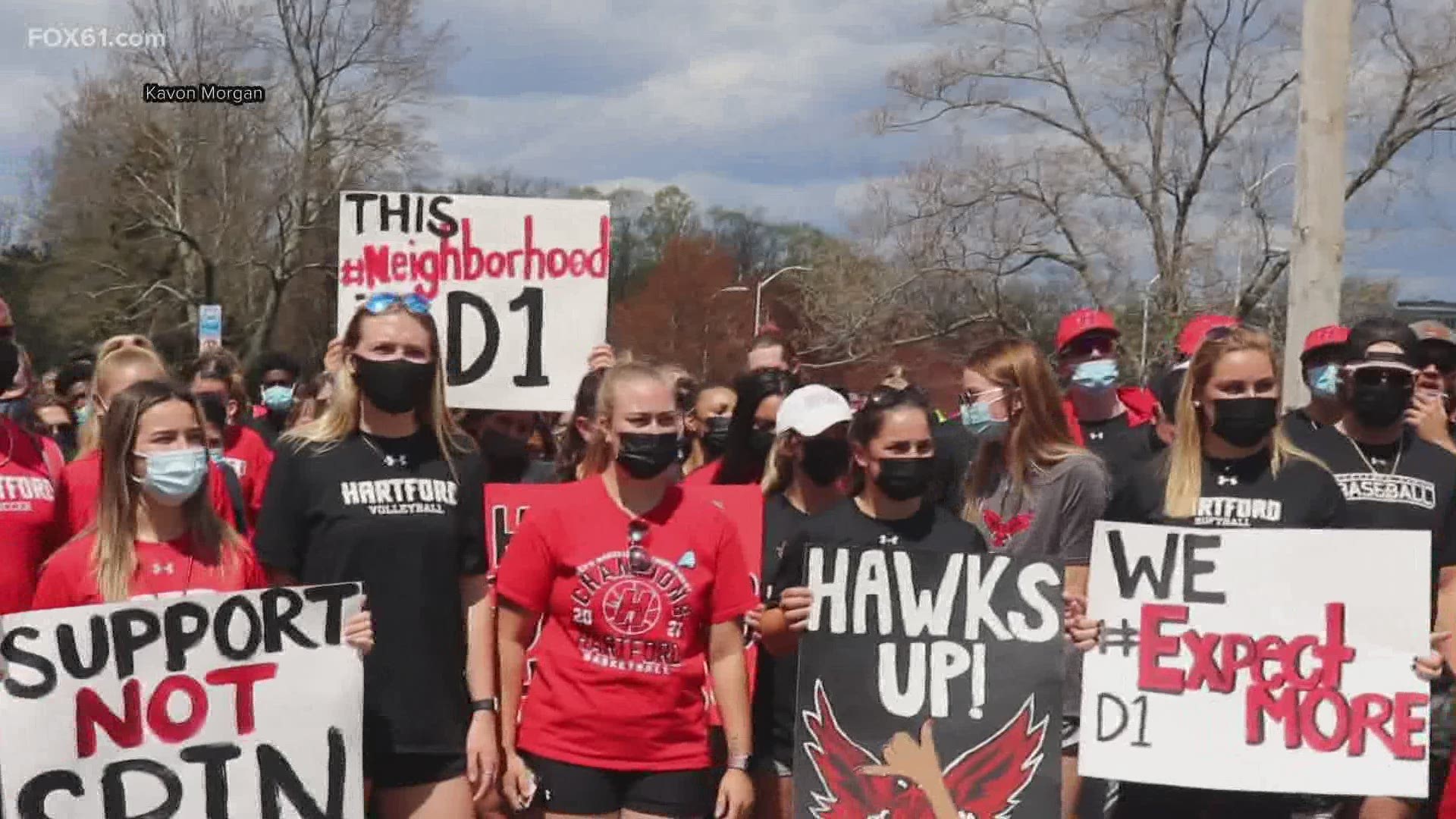 WEST HARTFORD, Conn. — Student-athletes from the University of Hartford made their voices heard on Monday. They gathered for a protest on campus after hearing talks about the school potentially switching from a D1 school to a D3.

They marched past the admissions building and across the campus. Students and coaches have received emails stating that no official decision has been made yet.

But students like Basketball Senior Abby Streeter want more transparency from the President.

“I think it’s really disappointing our president isn’t being as upfront as he says he is,”  said Streeter.

“We work hard to get to this D1 level, to see it being taken away and going to D3. We were just shocked that it was a conversation to be had when we think there are other places the University could look at to save money,” said Volleyball Captain and senior Megan Anderson.

“We’re working really hard to represent Hartford in a super positive form not only on the field but also in the classroom so it goes both ways,” said Anderson

The news coming after the Men’s Basketball Team made it to the NCAA, for the first time in the school’s history

“Seeing that happen, especially with the men I feel like we need to celebrate that. It’s such a huge accomplishment and it’s kind of, I don’t want to say disrespectful, but it says a lot, for the men especially getting that far then this news comes out,” said Basketball Freshman Marisa Lee

A move like this would leave a lot of things up in the air for student-athletes in the future.

“It’s hard to exactly say what would happen but I know a lot of student-athletes would likely find a better fit,” said Lee

“Our student SAC sent out a survey to all the athletes, 308 took the survey, and out of that 308/303 said they wouldn’t have considered Hartford if it was D3 and 208 said they would likely leave Hartford if they chose this move. The numbers don’t lie” said Streeter

“I feel like the president is not seeing the pain we went through for the university we did that for UHart,”  said Streeter.