Former Baltimore Ravens coach Brian Billick is confident the Cleveland Browns would do well by hiring Jim Schwartz as their next head coach. 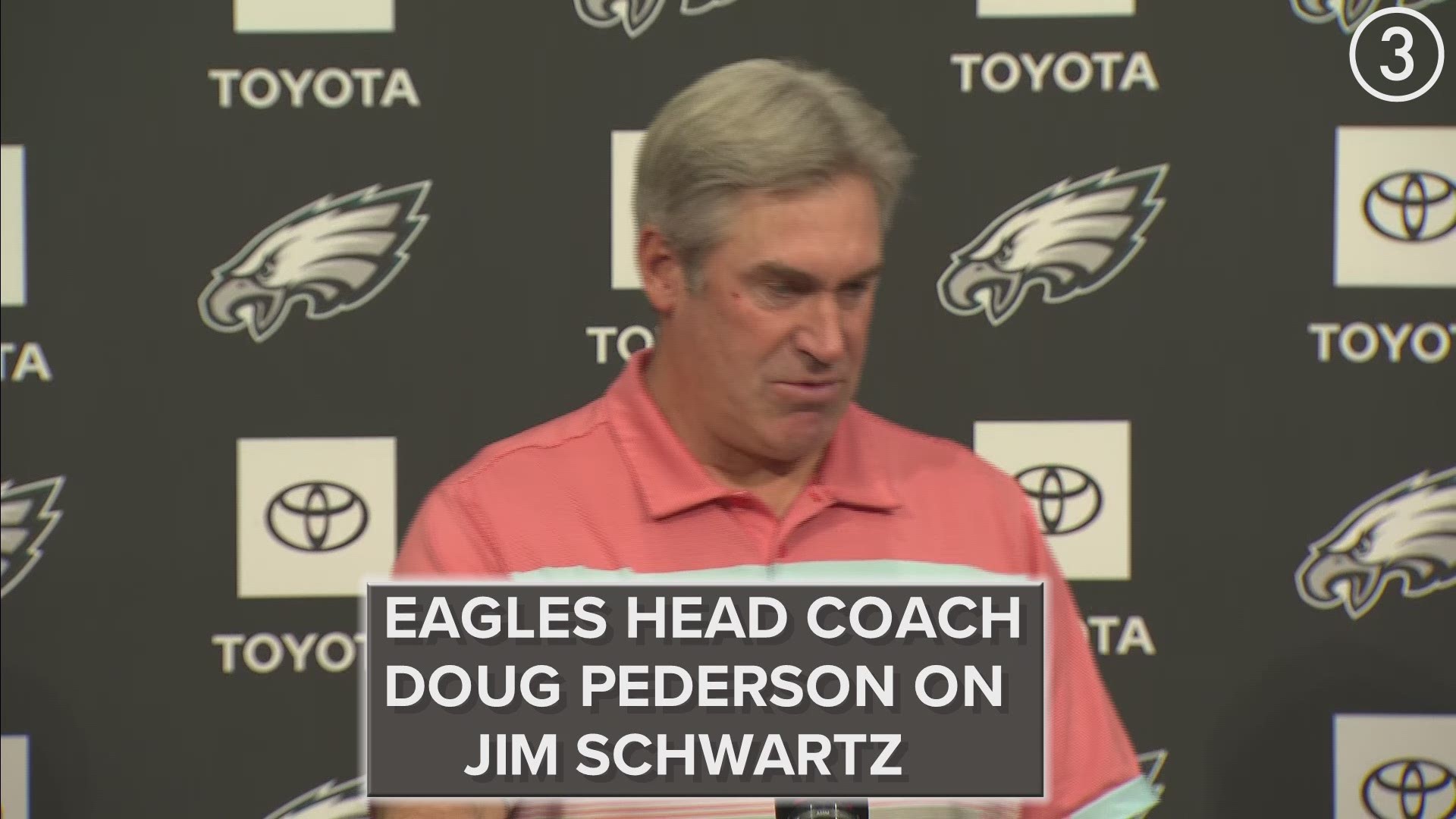 CLEVELAND — Jim Schwartz was a late entrant into the Cleveland Browns’ search for their next head coach, but he met with the committee of chief strategist Paul DePodesta, owner Jimmy Haslam and executives JW Johnson and Chris Cooper Wednesday.

Schwartz was the sixth person to interview for the Browns’ opening with two more candidates scheduled over the next two days, and those around football believe he would be a great choice for Cleveland.

“Jim Schwartz is an excellent coach, defensive-minded,” former Baltimore Ravens coach Brian Billick said on “The Bull and Fox Show” on Cleveland’s 92.3 The Fan Tuesday night. “I think he’d be a great pick up for the Browns because he’s been around winning football.

Discipline and turnovers derailed the Browns’ once-promising hopes to break the NFL’s longest active playoff drought, which now stands at 17 consecutive years dating back to the 2003 season.

The Browns (6-10) last qualified for postseason play during the 2002 season.

In addition to missing the playoffs for the 17th straight time, the Browns finished the 2019 season with a sub .500 record for the 12th consecutive year. The Browns last finished above .500 when they had a 10-6 record in 2007.

Credit: Duane Burleson/AP
Philadelphia Eagles defensive coordinator Jim Schwartz watches from the sideline during the first half of a game against the Detroit Lions at Ford Field in Detroit on Sunday, October 9, 2016.

Through the first seven games of the season, the Browns collected 70 enforced penalties for 591 lost yards. The Browns averaged 10 penalties per outing over that time, which started with 18 infractions in the season-opening loss to the Tennessee Titans.

That average did not get much better over the second half of the season, as the Browns finished the year with the league’s sixth-most penalties, 122 infractions, which cost them 1,106 yards. Those 1,106 yards were the fourth-highest total in the NFL this past season.

“He wouldn’t be making the same mistakes Freddie Kitchens made at the press conferences and handling Baker Mayfield,” Jon Marks of WIP in Philadelphia said on “The Ken Carman Show with Anthony Lima” on Cleveland’s 92.3 The Fan Wednesday. “He’s a little bit of a hard-ass, and I think that’s what the Browns need.”

Credit: Michael Perez/AP
Philadelphia Eagles defensive coordinator Jim Schwartz watches from the sideline during the first half of a game against the Denver Broncos at Lincoln Financial Field in Philadelphia on November 5, 2017.

The Browns have been looking for someone with NFL coaching experience, and Schwartz certainly has that, as he has served as an assistant, coordinator and head coach over his 26 years in football.

After coaching in college from 1989-1992, Schwartz entered the professional ranks as a college/pro scout with the Browns before moving with the club to Baltimore and serving as a defensive assistant for three seasons (1996-1998).

Then, Schwartz moved onto the Tennessee Titans, where he was a defensive assistant in 1999 before becoming their linebackers and third-down package coach in 2000, and later, being elevated to the role of coordinator (2001-2008).

Schwartz was hired to be the Detroit Lions’ head coach after they finished off the first-ever 0-16 season in NFL history in 2008, and thanks to a 10-6 record in 2011, he guided the franchise to the postseason for the first time since 1999.

In 2014, Schwartz was Buffalo’s defensive coordinator before taking a similar role with the Eagles in 2016 and being a part of their Super Bowl LII championship.

“Cleveland definitely needs a former head coach with winning credentials in the NFL,” Billick said. “They’ve gone through the others. Now, it’s time to bring someone in that has those credentials to help give the organization some stability and someone to lean on when times get tough.”