The Cleveland Browns are the last remaining team to fill their head coaching vacancy and will interview their seventh candidate Thursday. 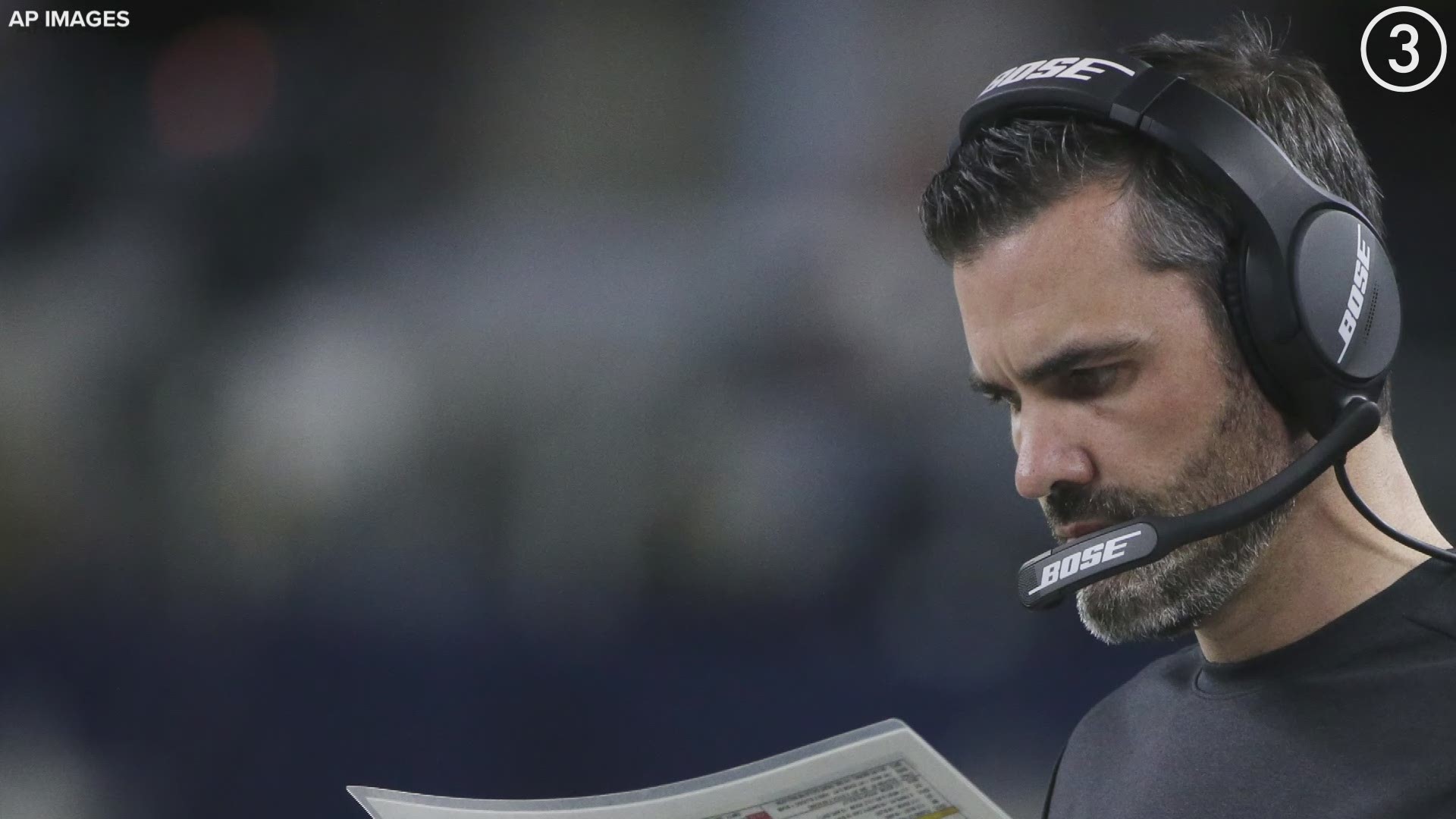 CLEVELAND — For the second consecutive year, long-time Minnesota Vikings assistant coach Kevin Stefanski was on the short list of people the Cleveland Browns’ search committee wanted to speak with regarding their head coaching vacancy.

Last winter, Stefanski was reportedly a finalist for the Browns’ coaching vacancy, which eventually went to Freddie Kitchens, but after moving in a new direction following a 6-10 record in 2019, the organization is circling back to the Vikings’ offensive coordinator.

Through the team’s official Twitter account, the Browns confirmed their interview with Stefanski for Thursday. The interview had to be done in Minnesota because the Vikings upset the New Orleans Saints on Wild Card Weekend to advance to the Divisional Round of the NFC Playoffs, where they will face the San Francisco 49ers on Saturday.

The Browns wanted a new head coach with NFL coaching experience, and Stefanski fits that bill.

Stefanski is a long-time NFL assistant with the Vikings, where he most recently served as offensive coordinator in 2019 after previously mentoring the quarterbacks, running backs and tight ends in 13 seasons with the club.

In 2009, Stefanski helped Hall of Fame quarterback Brett Favre transition into the system after joining the team in mid-August, and the experiment was a successful one, as the Vikings earned their way to the NFC Championship Game and pushed the eventual champion Saints to overtime.

In 2012, Stefanski helped improve the play of former quarterback Christian Ponder, who led the Vikings to a 4-0 stretch in the final weeks of the season, as well as a playoff berth. Ponder’s best game came in a must-win situation late in the season, and he did not throw an interception over the final three games.

After mentoring the tight ends (2014-2015) and running backs (2016), Stefanski transitioned to quarterbacks coach, where in 2017, he helped the Vikings overcome injuries to Teddy Bridgewater and Sam Bradford by leading Case Keenum to his most successful professional season.

Under Stefanski’s guidance, Keenum posted an 11-3 record after completing 325 of his 481 attempts (67.6 percent) for 3,547 yards and 22 touchdowns against only seven interceptions. Despite being sacked 22 times, Keenum had a career-best 98.3 quarterback rating.

Credit: Bruce Kluckhohn/AP
Minnesota Vikings interim offensive coordinator Kevin Stefanski watches from the sideline during the first half of a game against the Miami Dolphins at U.S. Bank Stadium in Minneapolis on Sunday, December 16, 2018.

Including Stefanski, the Browns have interviewed seven candidates for their head coach opening in the last two weeks.

Reportedly, the Browns are set to speak with Josh McDaniels, the New England Patriots’ offensive coordinator/quarterbacks coach, on Friday before making their decision, which according to ESPN NFL Insider Adam Schefter is expected sooner rather than later.

Schefter reported earlier this week that the committee “wants a deal in place by Saturday.”