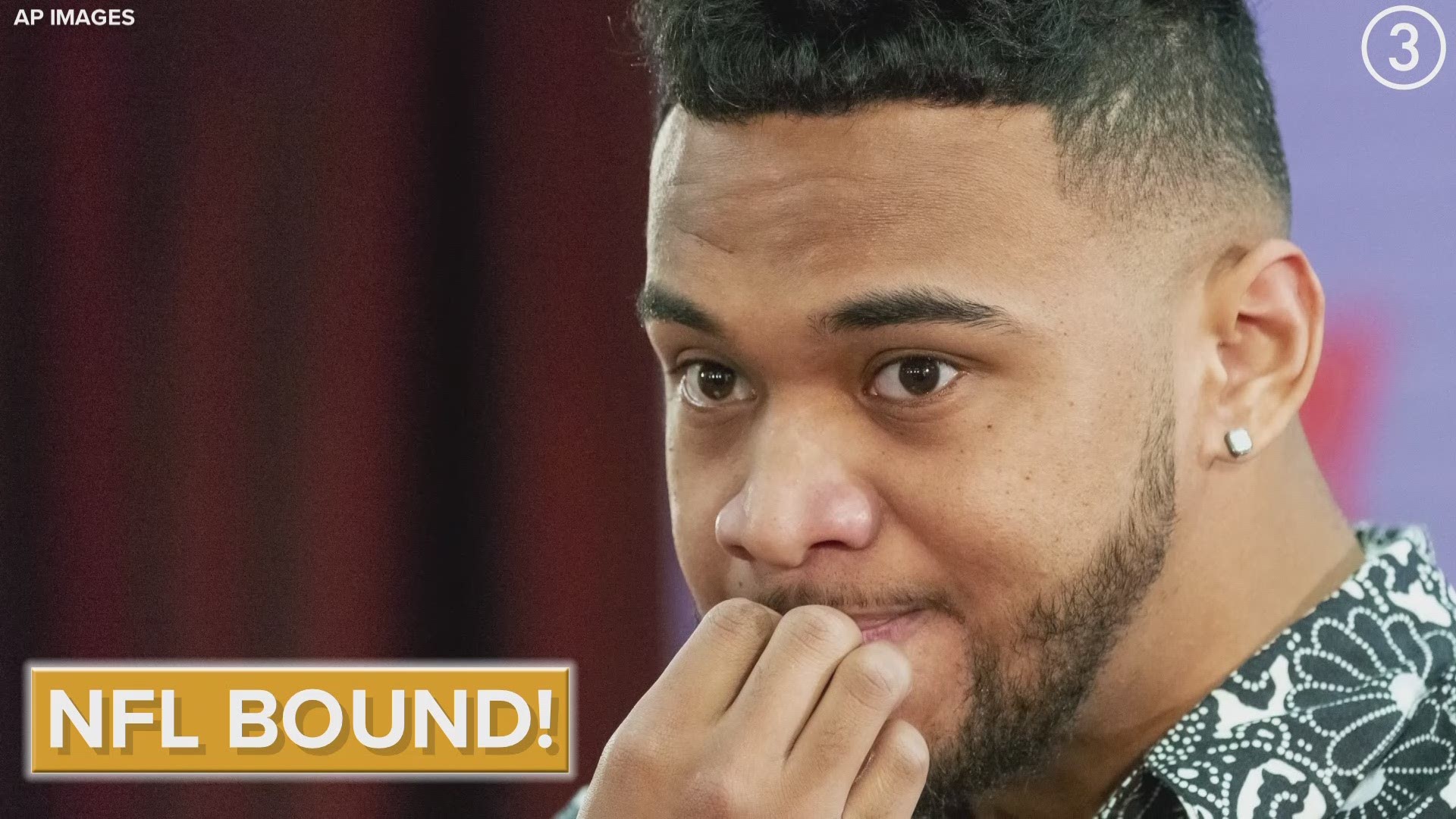 CLEVELAND — Even after his disappointing 2019 season, Baker Mayfield will almost assuredly enter 2020 as the Cleveland Browns' starting quarterback.

Nevertheless, Tua Tagovailoa's announcement that he'll be entering the 2020 NFL Draft will likely have a direct impact on Cleveland -- and not because of any interest the Browns would have in drafting the Alabama quarterback.

One of college football's most accomplished quarterbacks in recent memory, Tagovailoa entered 2019 as the front-runner to the be the No. 1 pick in the 2020 draft. The emergence of Heisman Trophy winner Joe Burrow, however, coupled with Tagovailoa's season-ending hip injury has pushed the former 5-star prospect into a position where he'll likely be the second or third signal-caller to have his name called this spring.

Yet despite his slight drop in stature, the 2018 consensus All-American is still projected by several draft prognosticators to be selected with a top 10 pick. And that could have significant implications for Cleveland, which lays claim to the No. 10 overall pick after its underwhelming 6-10 campaign.

Credit: AP
FILE - In this Oct. 12, 2019, file photo, Alabama quarterback Tua Tagovailoa passes against Texas A&M during the second half of an NCAA college football game in College Station, Texas. A high-stakes tilt between LSU and Alabama could prove as pivotal in Heisman Trophy voting as it is in providing the winner an inside track to the College Football Playoff. (AP Photo/Sam Craft, File)

Had Tagovailoa opted to remain at Alabama, that would have likely meant one more non-quarterback coming off the board in the nine picks before the Browns make their selection. While plenty can change between now and the first round on April 23, LSU's Burrow, Oregon's Justin Herbert and Tagovailoa are currently the only quarterbacks considered worthy of being selected in the top 10.

Assuming all three of Burrow, Herbert and Tagovailoa are selected in the top 10 -- and again, it's early -- that means that three of nine picks before the Browns' pick will come at a position Cleveland won't be targeting. Factor in that Ohio State defensive end Chase Young will likely be selected by the Washington Redskins with the No. 2 pick and a potential run on wide receivers and it seems plausible -- if not likely -- that Cleveland will find itself on the clock with the best player available at multiple positions of need.

Entering the upcoming offseason, perhaps the most obvious need for the Browns is at offensive tackle, with Greg Robinson slated to hit free agency and Chris Hubbard coming off a disappointing 2019 campaign. With Tagovailoa entering the draft, that could be one less team ahead of Cleveland that would take Georgia's Andrew Thomas or Alabama's Jedrick Wills Jr., who currently project as the top two offensive tackles in this year's draft.

The same could be said at linebacker, where Clemson's Isaiah Simmons or Oklahoma's Kenneth Murray could not only fill a need, but help upgrade the Browns' defense. And depending on how the rest of the picks play out, it's not out of the realm of possibility that a blue-chip talent like Ohio State cornerback Jeff Okudah could still be on the board when Cleveland makes its pick.

Either way, their options this spring should be plentiful, especially with Tagovailoa having declared.