Suni Lee reunites with her family on the TODAY Show

Through hugs and happy tears, Minnesota's gold medal-winning Olympian finally reunited with her parents after arriving in New York City from Tokyo. 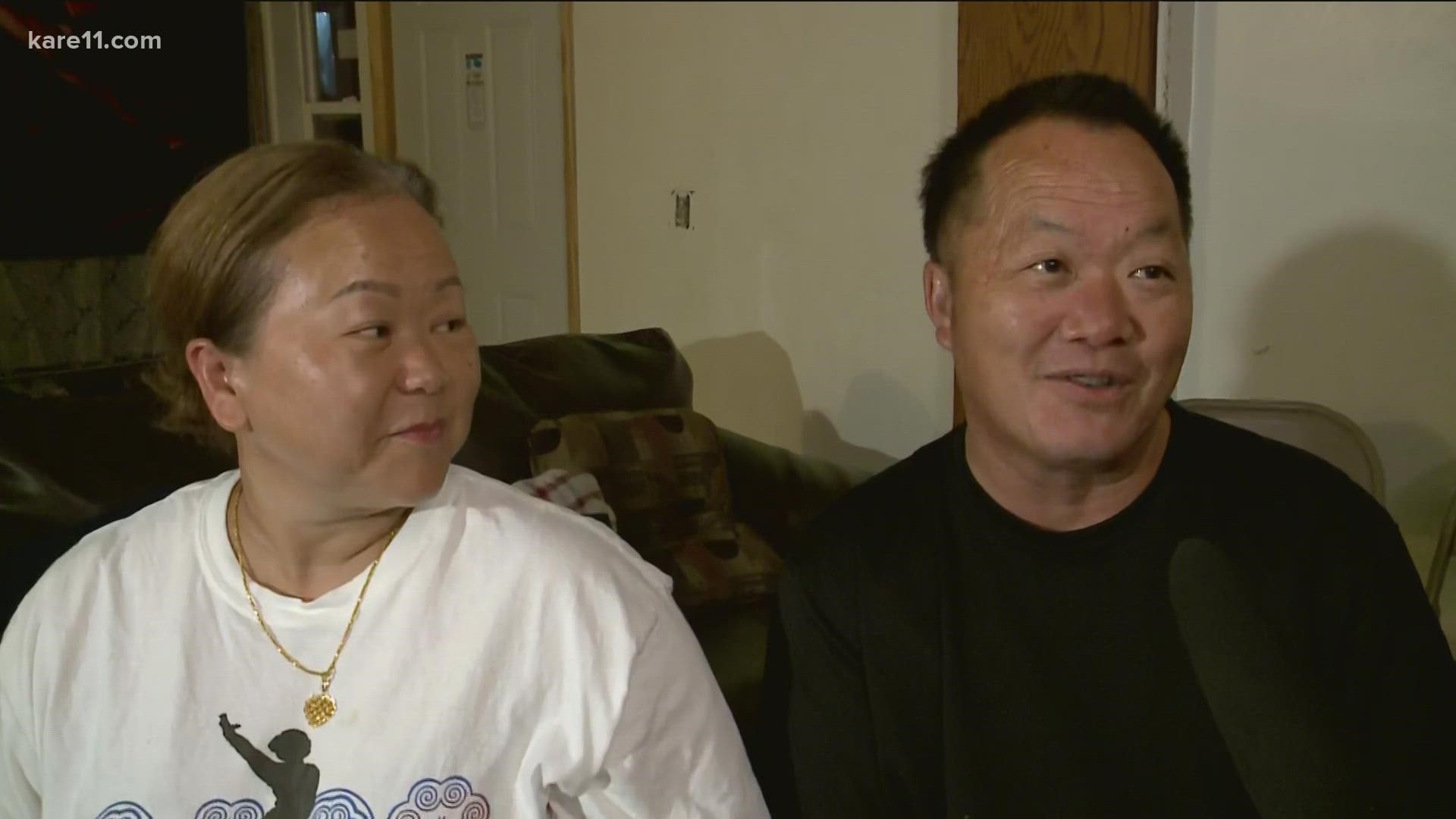 Suni Lee is back on American soil, and has finally reunited with her family.

Thursday morning on the TODAY Show, Suni's mom, dad, and siblings Jonah and Shyenne waited with Hoda Kotb and Savannah Guthrie on the plaza to see their gold medalist.

Once she came out, Suni walked straight into her dad Houa John Lee 's arms for a big hug.

"You did great," he told her while they embraced. "You did it."

In Tokyo, the 18-year-old gymnast secured herself a box set of medals: gold in the individual all-around, silver in the team final and bronze on uneven bars.

"I think I remember you saying you wanted to put that (gold) medal around your dad's neck. Do you want to do that now?" Guthrie asked.

Suni, who has said her family and Minnesota's Hmong community played a huge role in supporting her gymnastics career, then placed her gold medal around her dad's neck and gave the silver medal to her mom, Yeev Thoj.

"I'm so proud of her, so surprised," said Houa John.

Suni and her father are extremely close. “Me and my dad definitely have the closest bond out of everyone in my family,” she told KARE 11 in 2019. That year, John was paralyzed from the waist down after falling from a ladder while helping a friend cut a limb from a tree.

But Thursday, there was no shortage of happy tears for the family. "Seeing her with the gold medal, winning these medals, it made me so happy," said Yeev on TODAY. "Happy tears."

Houa John shared a photo of himself sporting all of Suni's medal on Facebook Thursday morning following their appearance on TODAY. "Here you go. The whole collections," he captioned the photo. "Now we can really say we did it or should say SHE DID IT."

Here you go. The whole collections. Now we can really say we did it or should say SHE DID IT.

During the all-around competition in Tokyo, fans and friends in the Hmong community joined Suni's family in Oakdale to watch her compete. Video of the moment the room realized she was coming home with gold, shot by KARE 11 anchor Gia Vang, quickly went viral – seen millions of times on Twitter.

JUST IN: #TeamUSA gymnast Suni Lee reunites with her family for the first time since winning gold in the women's all-around at the #TokyoOlympics pic.twitter.com/yO0RAg40Le

RELATED: Witnessing Suni Lee’s historic gold medal win and why it matters to me

So what's next for the three-time Olympic medalist? Suni has plans to start her freshman year at Auburn University, where she'll join the Tigers gymnastics squad.