Avid birder and nature photographer finds oldest living known bird of its species along the shores of Lake Erie. 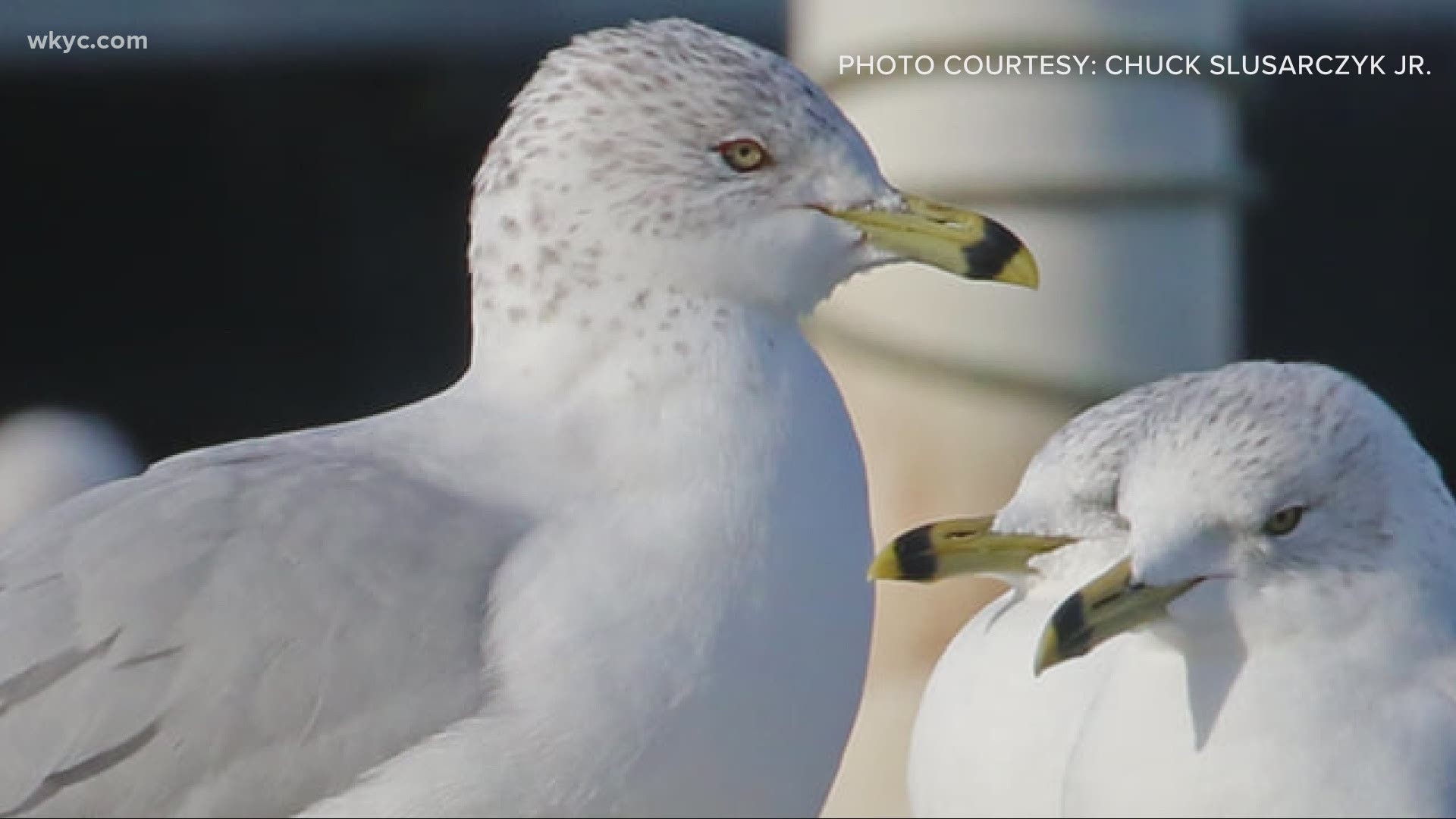 You may not see his face, though, as he'll be busy looking through binoculars or his camera. He loves them all, especially the gulls.

"All kinds of stuff out there, you just got to be looking for it", he said on a recent trip to Wendy Park. "The most common on the Great Lakes is the ring billed gull."

They spend winters here on Lake Erie by the tens of thousands. Earlier this year, on one of Slusarczyk's gull walks, something interesting happened.

In a mass of wings, beaks and squawks, Chuck found something uncommon on one of those common gulls.

"I saw the gull on the wall over there by the old Coast Guard station," he remembered.

What he saw was a ring-billed gull with a metal leg band, meaning it's part of a research study. If he could read the numbers on the band, Chuck could learn more about the bird. After five different attempts to photograph the numbers, he got them.

"When I sent it to the USGS Bird Banding Lab, they were able to match the numbers to the bird."

Bird banding is a way for scientists to study birds. They can track things like age, migration patterns, nesting patterns and--if the bird is found deceased--insights in how it lived and died. This gull was still alive and Chuck had actually seen it several times over the past few years, but what he learned about this ring-billed gull was amazing and left him in shock.

"I turned into a giant goose bump," Slusarczyk said, laughing.

The USGS confirmed the bird Chuck found was banded in 1992 in Toronto, Ontario, Canada, when it was a chick.

"Turns out, this is the longest living ring-billed gull on record," Slusarczyk gushed.

According to the U.S Geological Survey and Canadian Wildlife Service, the banded ring-billed gull Chuck photographed is 28 years and 9 months old. It will turn 29 in June. What a find!

For reference, the oldest documented living bird in the world is an albatross named "Wisdom." She is 70 and hatched a chick this year.

Slusarczyk's discovery of this ring-billed gull has helped scientists and just maybe given us some "wisdom" about a species we may take for granted. Chuck says if we look a little longer at things in the natural world, we'll be shown amazing things.

"I really like sharing information like this with people and opening their eyes a little bit," he said.

This discovery has opened many eyes, for sure.