The rally, scheduled for 5 p.m. on Wednesday, will protest against CIAC's decision to cancel the football season amid COVID-19 concerns 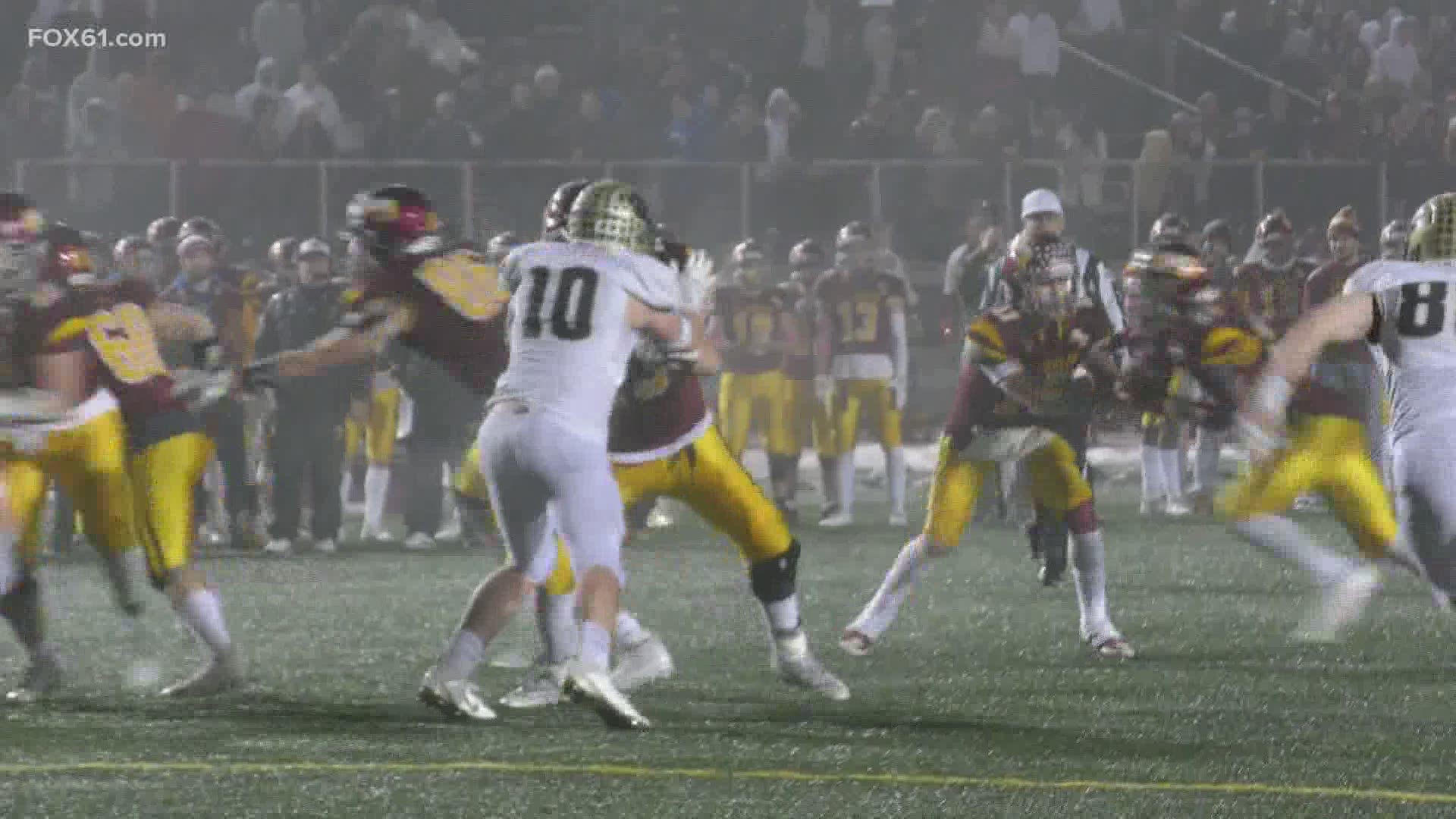 The ripple effect from the decision is not only rocking players and coaches but entire communities.

Over the weekend, a rally was held in West Hartford to overturn the decision to cancel the season. An even larger rally is planned for Wednesday at the Connecticut State Capitol building. Players said their anger isn't so much for CIAC as it is for the state Department of Public Health (DPH).

"We don’t see why they can’t just give us a chance at least," said Josh Martinotti, a senior football player at Lewis Mills High School in Burlington.

Just the chance to play his senior season is the hope Martinotti and so many other football players in the state have.

"Florida and other states are playing on ESPN as we speak," said Martinotti. "I just have to watch those games knowing they’re able to play."

Martinotti and his father, Greg, helped organize the weekend rally and the upcoming one scheduled for 5 p.m. at the Capitol. They say they are expecting at least 45 football captains from across the state and a current NFL player to speak at the rally.

Their hope is to put pressure on the state and the DPH to reconsider their decision.

Players and coaches don’t understand why they can’t play when they did everything right over the summer to prevent an outbreak and said they are willing to do even more to ensure a season is played.

"Summertime going into their senior year, these kids are normally at the beach, hanging out, getting together at campfires, said  All these athletes knew that they needed to separate," said Greg Martinotti. "There’s no reason why any of these high school students can’t do the same safety precautions."

DPH said they stand by their recommendation to cancel the season due to the high-risk nature of football. Infectious disease experts said they understood the rationale.

"There is potential for spreading infection on the field but activities off the field, on the sideline, practices, the locker rooms, those are the legitimate opportunities for that prolonged close contact," said Dr. David Banach, an infectious disease physician at UConn Health

DPH confirmed that since the decision, they have received threats from people in the public but nothing targeted at any individual in the department.

They have notified the authorities.

"DPH has been very cautious, very prudent in their approach with this issue but also a lot of other issues throughout the state," said Dr. Banach.

While the season is sidelined, one photographer still wants to give players the chance to shine under a different set of lights.

Charleen Larkin owns Charleen’s Portrait studio in Dayville. She is offering free portraits for senior football players in the quiet corner of the state. She hopes to create banners that could hang at their schools. She hopes other studios do the same.

"Why not try to do something that’s going to lift them up, lift their spirits, make them feel good about themselves in some way," said Charleen Larkin. "Our football team means a lot to us."

To signup for a free portrait head to Charleens.com and click here.