The CIAC did announce a plan to play an alternate season in the spring which lessons the pain of not playing a traditional rivalry game on Thanksgiving. 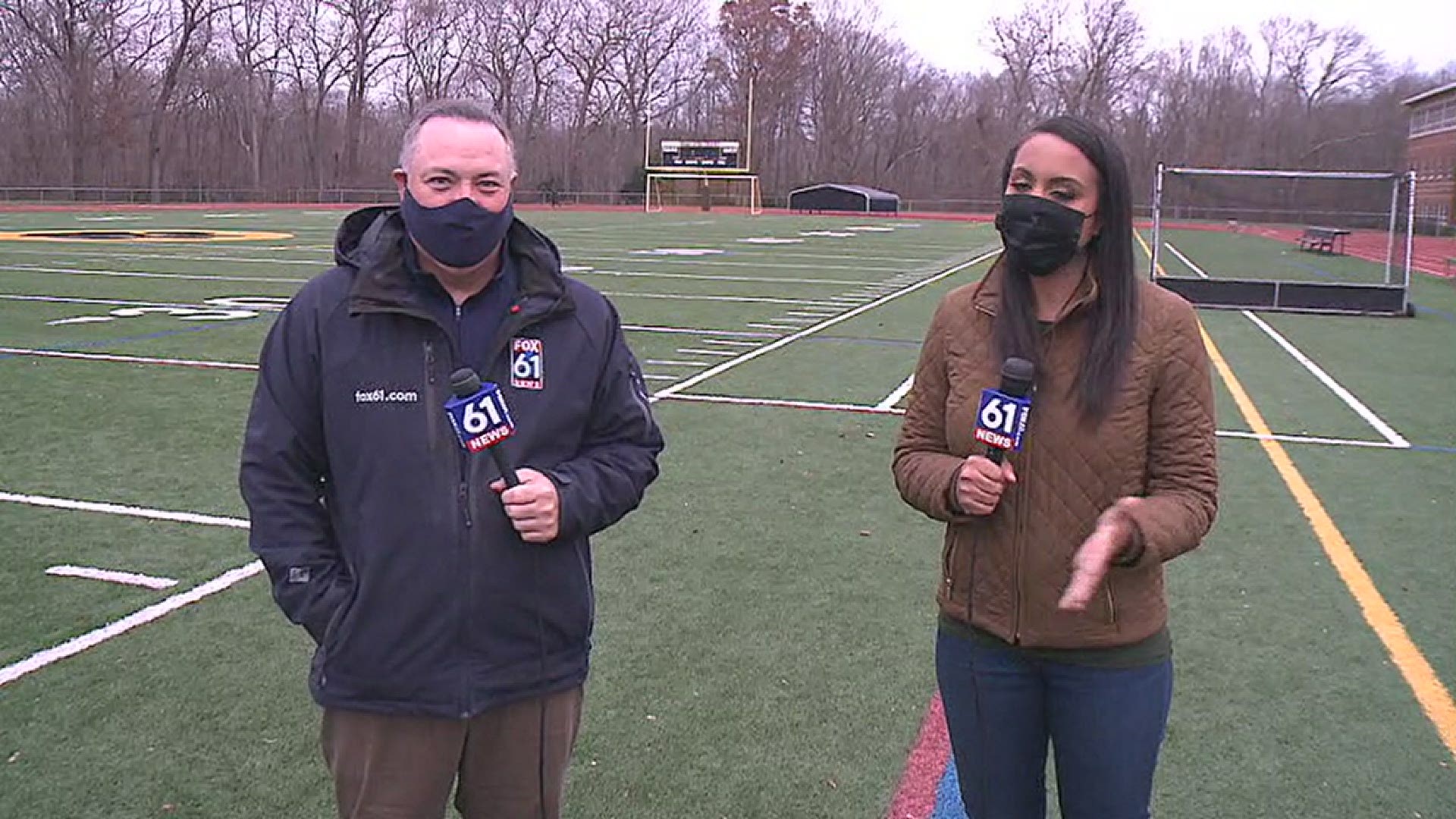 The coronavirus pandemic has had a huge impact on everyone in 2020 and that includes the sports world. Many youths and high school athletes are still waiting to get back out on the field.

The roller coaster of a high school football season was finally postponed in September after the Connecticut Interscholastic Athletic Conference made several attempts to play. Hundreds rallied at the statehouse this fall to express their frustration.

The CIAC did announce a plan to play an alternate season in the spring which lessens the pain of not playing a traditional rivalry game on Thanksgiving.

"Nothing compares to suiting up and playing Thanksgiving morning," said Kamryn Holmes, a senior football player at Branford High School. "Spring is still a possibility and while it doesn't compare, it is something."

Missing out on rivalry games is especially painful for communities like Norwich and New London. The rivalry between the two schools dates back to 1875 and the passion has not lessened any with time. Players and coaches choosing to relish those close to them this year and also stay prepared for whenever things return to normal.

"It will be a whole new meaning to Thanksgiving," said Johnny Burns, New London High School football coach. "We will certainly be thankful and appreciative the next time we get to pad up and hold down our tradition."