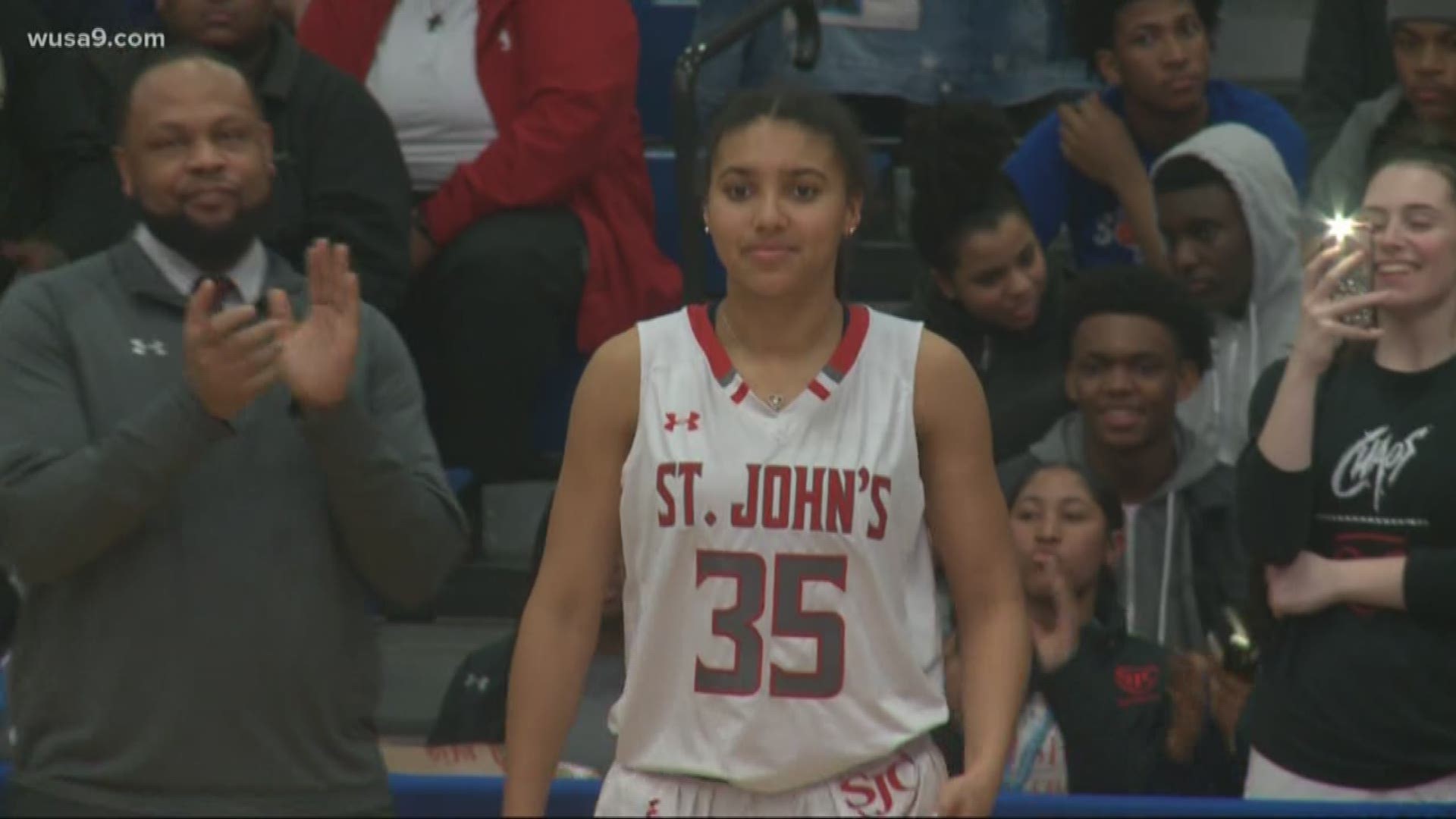 WASHINGTON — Azzi Fudd will attend the University of Connecticut next year to play college basketball. She made the announcement on Instagram live with ESPN.

Fudd is the No. 1 recruit in the country and currently plays basketball at St. John's High School in D.C. She will join one of the most dynastic programs in the history of sports.

"It was really a hard decision to make," said Fudd. "I can't explain how excited I am to sign to go to UConn and to be there for the next four years."

Fudd becomes the fourth No. 1 prospect in the past five years to commit to UConn.

She received her first scholarship offer when she was only 12 years old. She became the first sophomore in history to win the Gatorade National Girls' Basketball Player of the year award. She also won the gold medal with Team USA's U-16 squad in Buenos Aires in 2017 as the only 14-year-old to make the squad and also played for USA's U-17 team in 2018.

The 5 foot 11 inches tall guard and forward spent the past 18 months recovering from a torn ACL and MCL suffered at USA Basketball's U18 3x3 National Tournament in April of 2018.

"Devastated wasn’t even the word. Every tournament was hard to watch. Social media was hard to go on. I had to delete my Instagram because I couldn’t stand watching one more highlight or basketball clip," said Fudd.

Fudd's 18th birthday is Wednesday and she and planned to mark the occasion by signing her national letter of intent on the first day of the NCAA's early signing period.