The first game is set for September 27th. 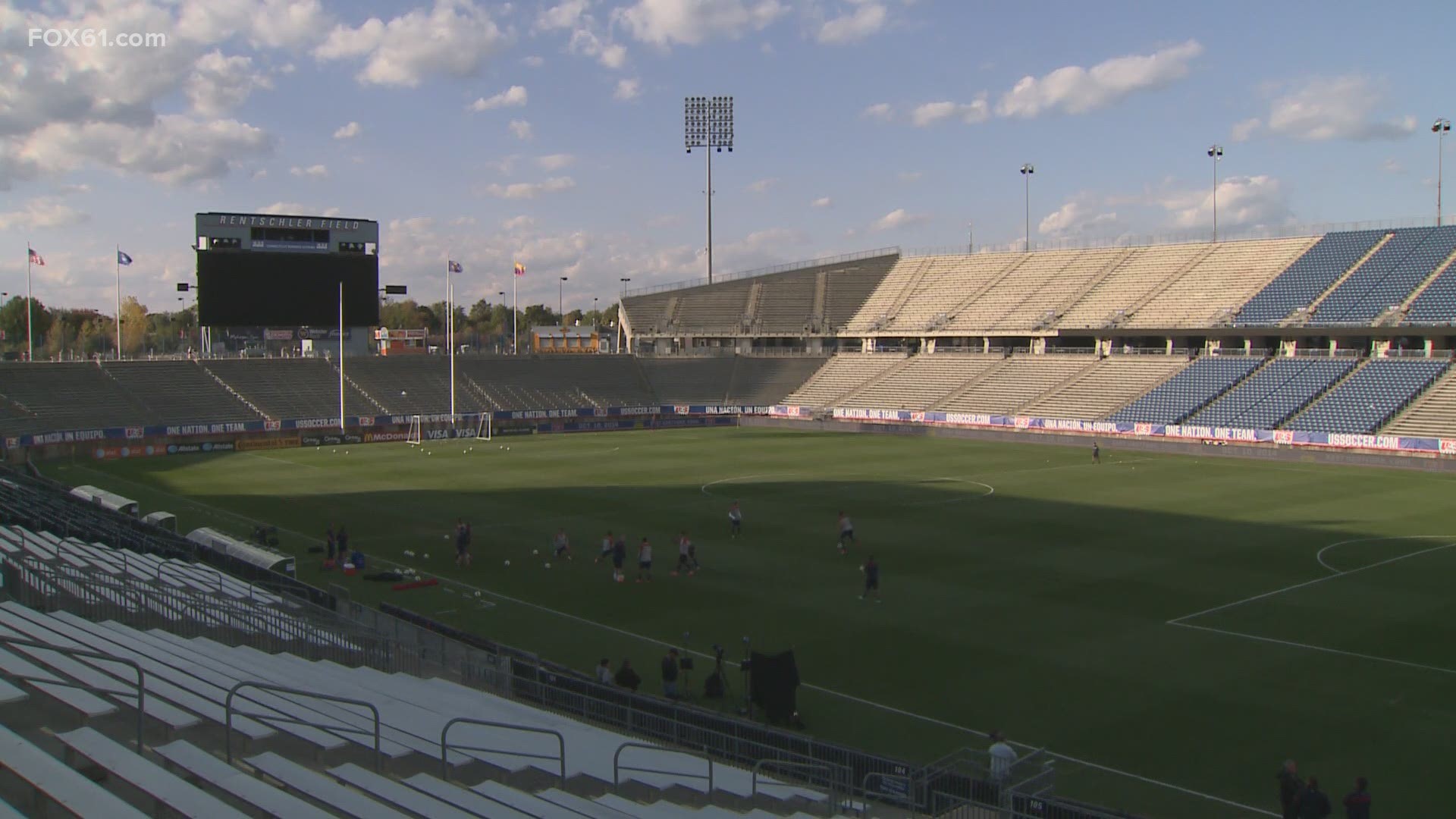 The club’s first home game in East Hartford will be held on Sunday, September 27, when it hosts Columbus Crew SC. Major League Soccer is in the process of finalizing travel protocols for the remainder of the regular season, and additional matches are anticipated to be announced soon.

“That’s a beautiful thing. That right there is a long time coming,” said Leonard Wiggins of Hartford. “We definitely need a pro sports team. No matter what sport it is.”

Soccer fans in the Capital city are excited to welcome an MLS team to the area.

“Soccer fans love soccer so it’s another reason to come out and celebrate the team. It’s going to be awesome,” said Jonathan Haggenhougen, the Director of Operations for The Tavern Downtown.

The Tavern Downtown is no stranger to soccer fans. They host the American Outlaws for watch parties and events. The Outlaws are fans of the US National teams. The Tavern hopes to have an opportunity to introduce Connecticut soccer fans to the Reds.

“Obviously in the soccer community having a big name is huge,” said Haggenhougen. “We would love for people to come down and meet them. We’ve done autographs in the past and meet and greets.”

Pratt & Whitney Stadium at Rentschler Field, the home to the University of Connecticut’s NCAA Division I football team, has hosted a number of United States Men’s and Women’s National team games through the years. State officials are looking forward to more exciting games in the near future.

“Pratt & Whitney Stadium is an ideal location for professional soccer, and I am excited that we’ve reached an agreement with Toronto FC to have the club play their home games here,” Governor Lamont said. “Our state is filled with thousands of MLS fans who no doubt will be excited by this news. I thank Toronto FC’s management team for working with my administration to finalize this agreement, and we look forward to having the Reds in Connecticut.”

Toronto FC is putting together a good season as they sit second in the Eastern Conference. They say part of what attracted them to Hartford was the great venue and similar field dimensions. The pitch at Pratt & Whitney is Kentucky Blue Grass with dimensions of 115 by 75 yards.

“While we continue to work with government officials on our travel protocols, it is important to the club to have our own home away from home during this next phase,” Toronto FC President Bill Manning said. “The State of Connecticut opened their arms for us and my compliments to David Lehman and Governor Lamont for their leadership here. Pratt & Whitney Stadium at Rentschler Field is a great venue. They’ve hosted a number of international games and we’re excited to play there.”

“We felt that it was important to have a surrogate home field that had similarities to BMO Field, in dimension, surface characteristics, and field quality,” Toronto FC General Manager Ali Curtis said. “Also, from a competitive standpoint, a priority was to have our own home field. While playing at BMO Field is always our preferred and ideal option, we think the East Hartford location is the best available option for this next phase.”

Hartford briefly saw a possibility for the Toronto Blue Jays to play their home games at Dunkin Donuts Park, but it ultimately didn't happen.