In November of 2018, the team was introduced to a Plainville girl who is battling a rare blood disease 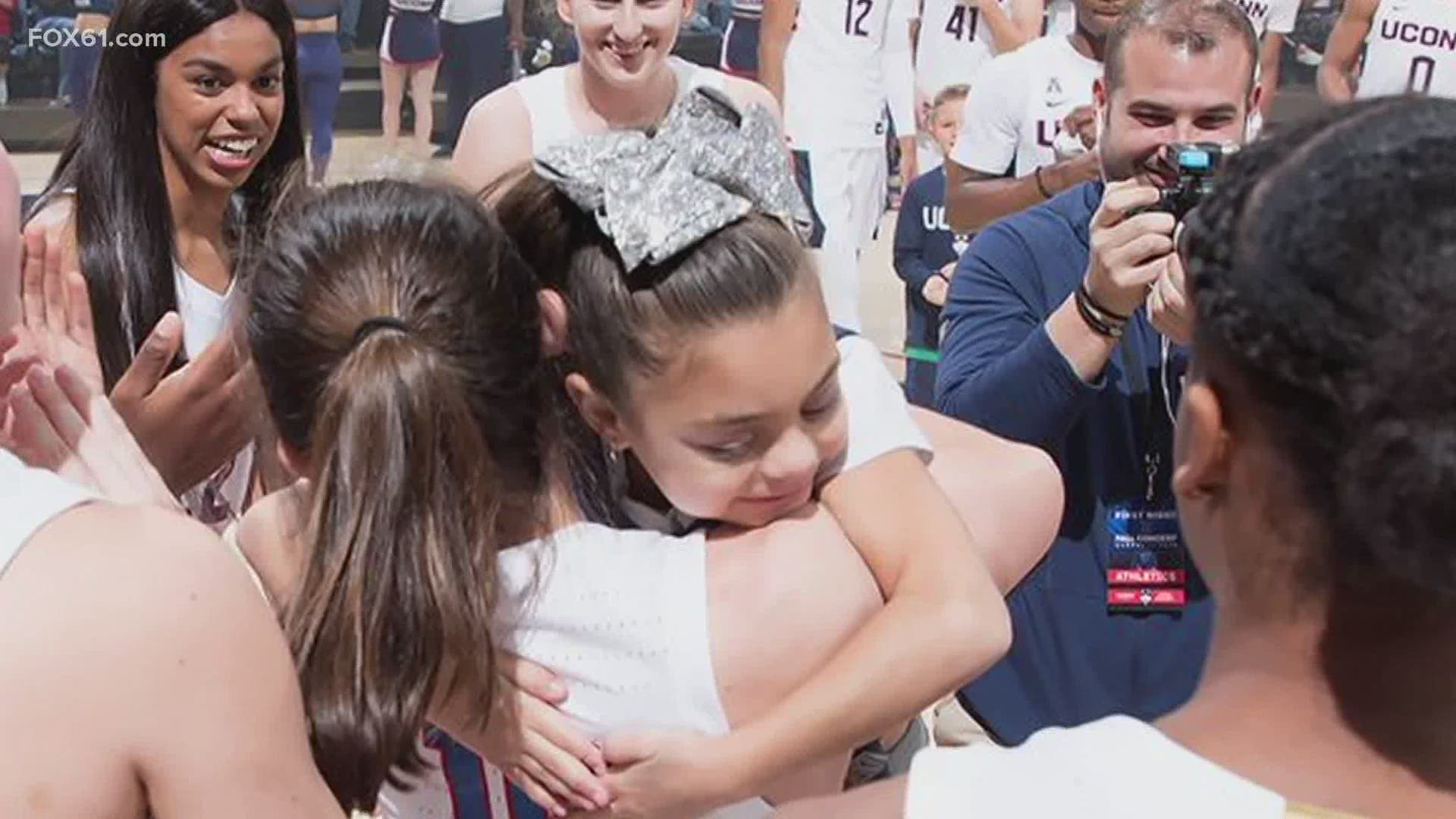 PLAINVILLE, Conn. — The UConn Huskies women's basketball team will be facing off in the Final Four on Friday night, but they couldn’t do it without their youngest teammate!

In November of 2018, the team was introduced to a Plainville girl who is battling a rare blood disease. When she was 14 months old, Daniela Ciriello was diagnosed with Beta-Thalassemia Major, a disease that does not produce healthy red blood cells.

Ciriello requires blood transfusions every three weeks and is known to be UConn's biggest fan.

Typically when Ciriello undergoes an extended scan like an MRI, she’s under full sedation. However, her last scan happened to fall on the women’s basketball Sweet 16 match-up, so she made the brave decision to do her two-hour scan without sedation so she wouldn’t miss a single play.

On Tuesday, she thought she was hopping on a Zoom call for a Q&A with Team IMPACT, a group that tackles the emotional trauma and social isolation experienced by children facing serious and chronic illnesses, but instead got the surprise of a lifetime: Tickets to the Final Four game.

The UConn women didn’t want their honorary teammate to miss this monumental moment. So, all sickness aside, Ciriello and her mom Nicole packed up and flew to Texas.

Ciriello said can’t wait to cheer her big sisters on in the Final Four tonight against the Arizona Wildcats.

Of course, she gave the girls the ultimate pep talk:

"Girls, you got this you’re gonna win the game…I know you can. You can do this. I love you guys! Go UConn!”