The rink would be slated to open in September 2022. 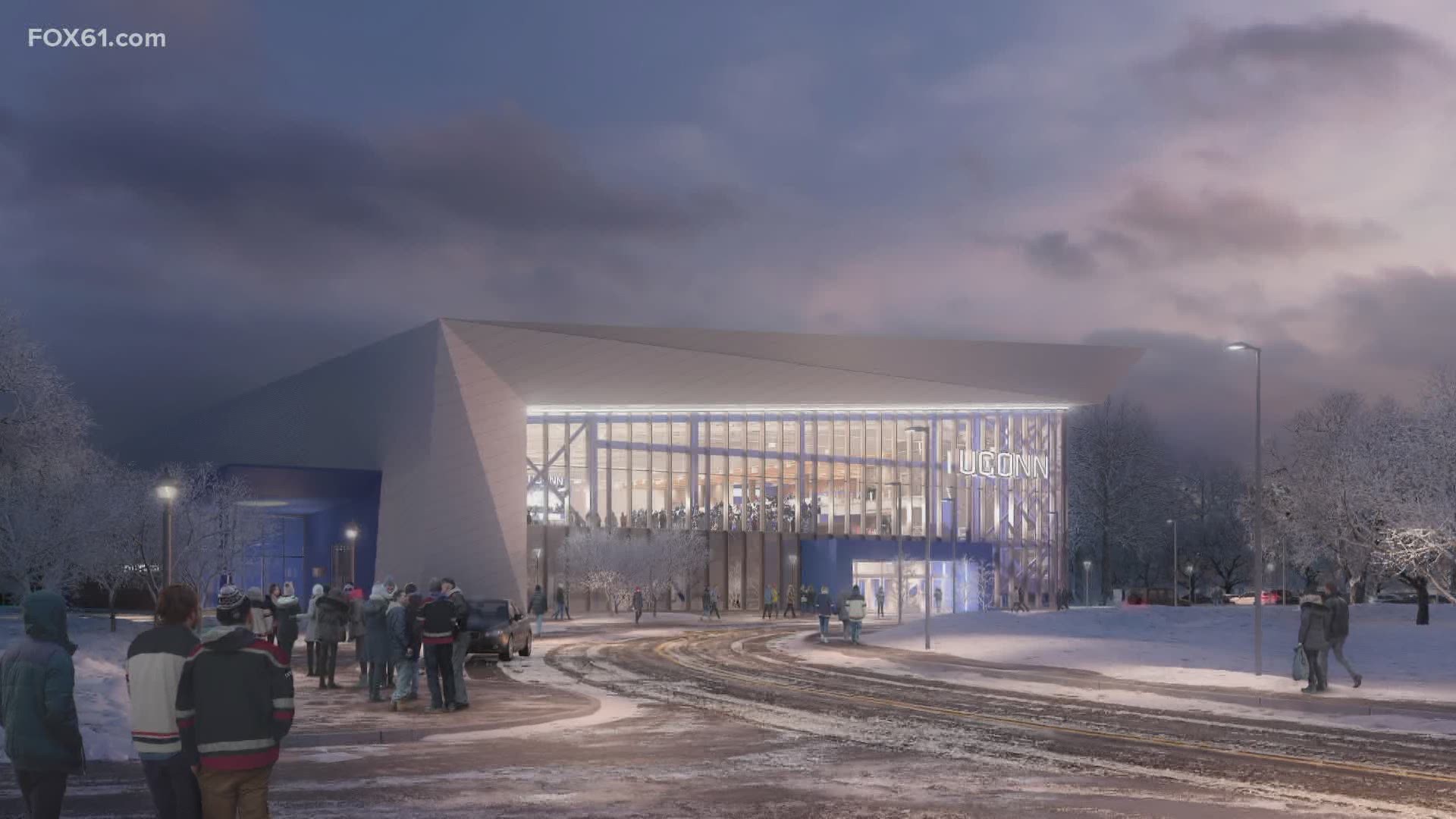 MANSFIELD, Conn. — The University of Connecticut will proceed with its plan to build an ice rink on campus. The rink is slated to open in September 2022.

The Board of Trustees voted unanimously on Wednesday to authorize officials to sign contracts for design, architectural, and construction activities for the 2,600-seat arena, which will be located adjacent to the current Freitas Ice Arena in the Athletics District on Jim Calhoun Way.

“I think this is going to be a real game-changer, so to speak, for UConn hockey,” UConn trustee Andy Bessette said Wednesday, noting he spoke recently with Men’s Ice Hockey Coach Mike Cavanaugh and that he and the players are “very excited and appreciative” of the support.

UConn joined the Hockey East Association for men’s ice hockey in the 2014- 2015 season, committing to provide an on-campus facility with appropriate space and amenities.

The team recently finished a season in which it had entered the Top 20 poll for the first time and saw its first player named a Division I All-American in junior Jonny Evans.

Two players also signed with NHL teams this spring: Yan Kuznetsov with the Calgary Flames, and Tomas Vomacka with the Nashville Predators.

The new arena will host all games of the UConn Women’s Ice Hockey team – which has been a Hockey East member since the 2002-03 season – and will be home to the men’s team, which has played at the XL Center in Hartford.

The team facilities will include full Division I training and support for the women’s and men’s teams; team lounges; dry locker area and locker rooms with video displays; locker rooms for the visiting teams; training space with a hydrotherapy area; strength and conditioning room; and other areas such as coaches’ offices, a press box, dining area, ice plant and spaces for support services.

UConn said the arena’s $70 million budget consists of $33 million from the sale of revenue bonds, repaid from non-state sources including revenues from the facility; $20 million in donations made specifically to support the new arena; and $17 million in University funds.

The $17 million in University funds will consist of $11.5 million that UConn received from selling the former West Hartford campus and the Nathan Hale Inn – proceeds that UConn said are required to go back into capital projects and cannot go to operating expenses – and $5.5 million in operating funds from non-state sources.