"I’m going to toe the line with amazing women." 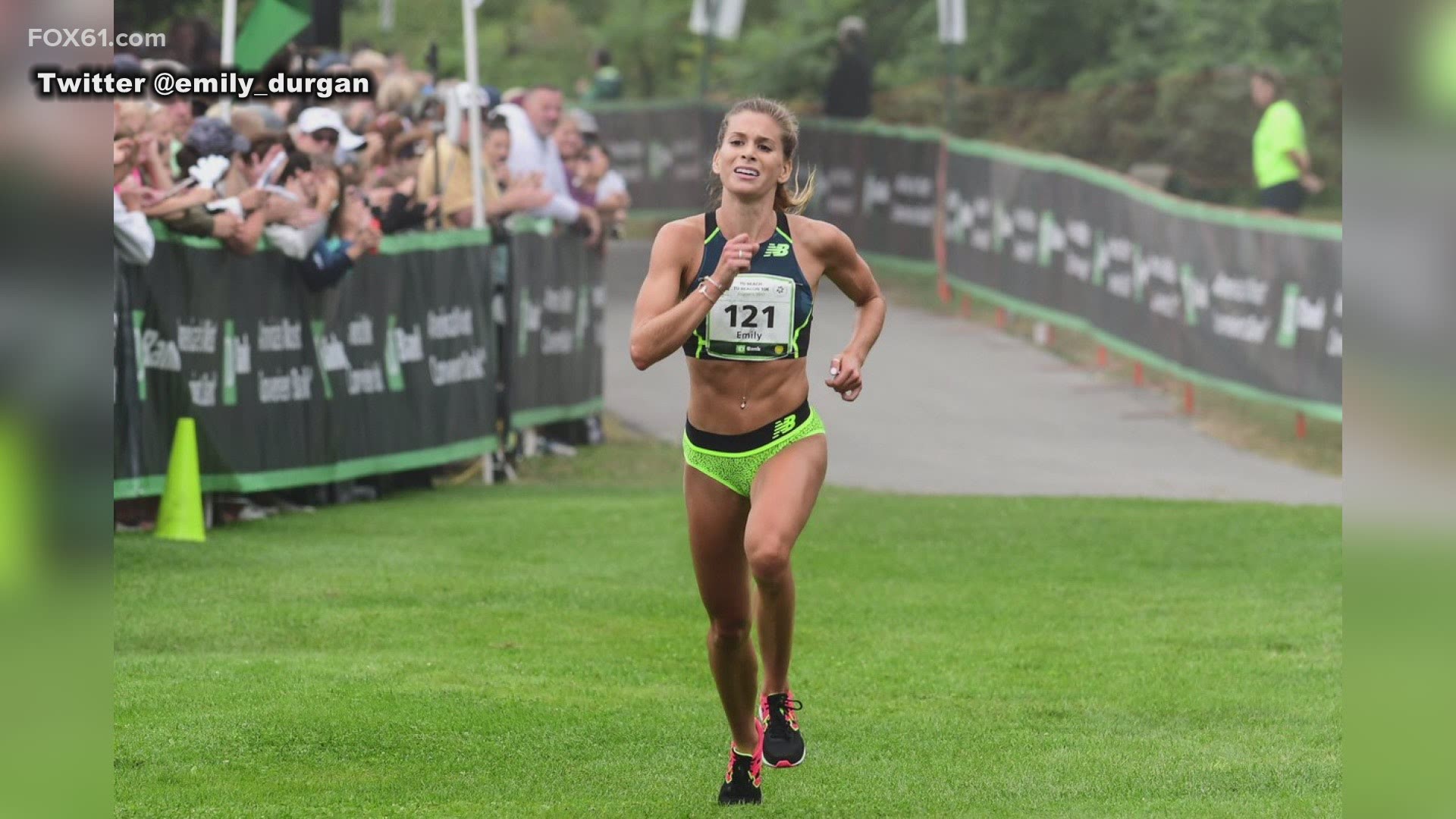 NEW YORK — More athletes with ties to the Nutmeg State are preparing for their shot at international glory at the upcoming Olympic Games, and this year, a former UConn track champion will be one of them.

Emily Durgin had a decorated career for the Huskies. By the time she graduated in 2017, she won nine American Athletic Conference titles and was a four-time participant in the NCAA Division I Championships.

She was not initially scouted out of college to become a professional, so she moved to Boston and trained with the Battle Road Track Club - formerly known as New Balance Boston - until she signed her professional deal with Under Armour last year. Her perseverance made reaching the Olympic trials even sweeter.

“Making the Olympic Trials is a huge accomplishment,” Durgin said in an interview from her hotel in New York City. “I’m going to toe the line with amazing women. I’d be lying to say I’m not going after it, but for me, this year is all about gathering experience and knowledge.”

Durgin has made the most of this past year training in Flagstaff, Arizona and has had strong showings in all her races. Before getting to UConn, she started as a dancer and moved onto cross country and track in high school.

In fact, running seems to be a family tradition as her mother was one of the first women ever to compete in the New England Cross Country Championships.

Durgin is one of five Olympic qualifiers who will run in the Mastercard New York Mini 10K on Saturday alongside some of the best runners in the country, including Olympians Molly Seidel and Des Linden. She is still close with a few of her UConn teammates and remembers her time on-campus fondly.

“For me, it was just being surrounded by these awesome girls,” she said. “We still have a group message called ‘The Realest Gals.’ I don’t quite know where that came from, but I have a few friends that are in [New York City], so we’ll hopefully have coffee before the race or get together after the race.”

Durgin’s U.S. Olympic Qualifying race for the 10,000 meter final will be on Saturday, June 26.