13News reached out to the Indiana Pacers in regard to the supposed quote from Larry Bird, who still serves in an advisory capacity. Their response: "Totally false." 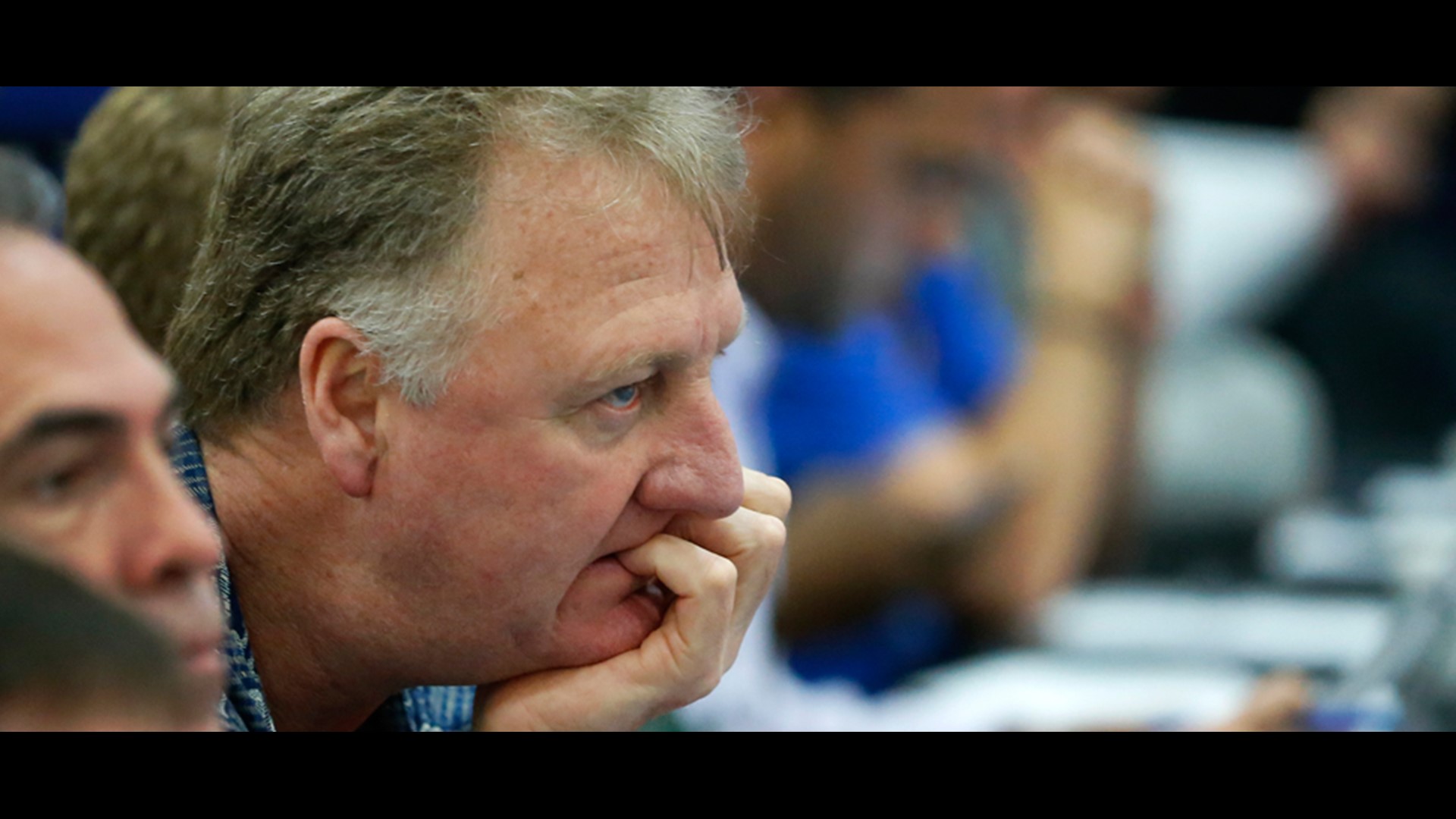 INDIANAPOLIS — A viral meme quoting former Indiana Pacers head coach and president of basketball operations Larry Bird made its way around social media over the weekend.

Bird is allegedly quoted as saying, "Back in my day the game had fundamentals and honored the commander in chief. Now it's a bunch of radical fundamentalists who dishonor the flag and cross and only care about looking flashy. Just shut up and play the damn game."

Anybody else seen this *fake* Larry Bird quote shared around on their social media? Wild stuff from pacers

Did Larry Bird make these remarks about today's players and protests?

The Pacers organization confirmed the post is fake. It did not come from an official account, nor has Bird gone on record with these claims.

13Sunrise feature reporter Carlos Diaz reached out to the Indiana Pacers on behalf of 13News in regard to the supposed quote.

The Pacers said the quote was "totally false."

There’s a false meme circulating on social media which features a supposed quote from Larry Bird concerning today’s NBA players.
I contacted the Indiana Pacers on behalf of WTHR asking if this statement is actually from Larry Bird. The Pacers’ response:
“Totally false.”@WTHRcom pic.twitter.com/kSscSpc9YR

In fact, when the Boston Celtics won the NBA title in 1984, Bird didn't make the trip to the White House to meet with then-President Ronald Reagan.

“If the president wants to see me, he knows where to find me," Bird told the Boston Globe.

According to the Boston Globe, Bird stayed out until the sun came up after winning the championship, did a live interview with a Boston radio station, then went home to sleep while nine of his teammates gathered at the airport to head to the White House.

The Pacers confirmed Bird never said these words, nor has there been any record or example of him publicly speaking on the topic of players boycotting playoff games as means of protest.

RELATED: VERIFY: No, your phone isn't automatically tracking you for COVID-19 tracing