Griner left during the 4th quarter of the Mercury's 106-79 win over the New York Liberty, but the team did not say how badly she was hurt. 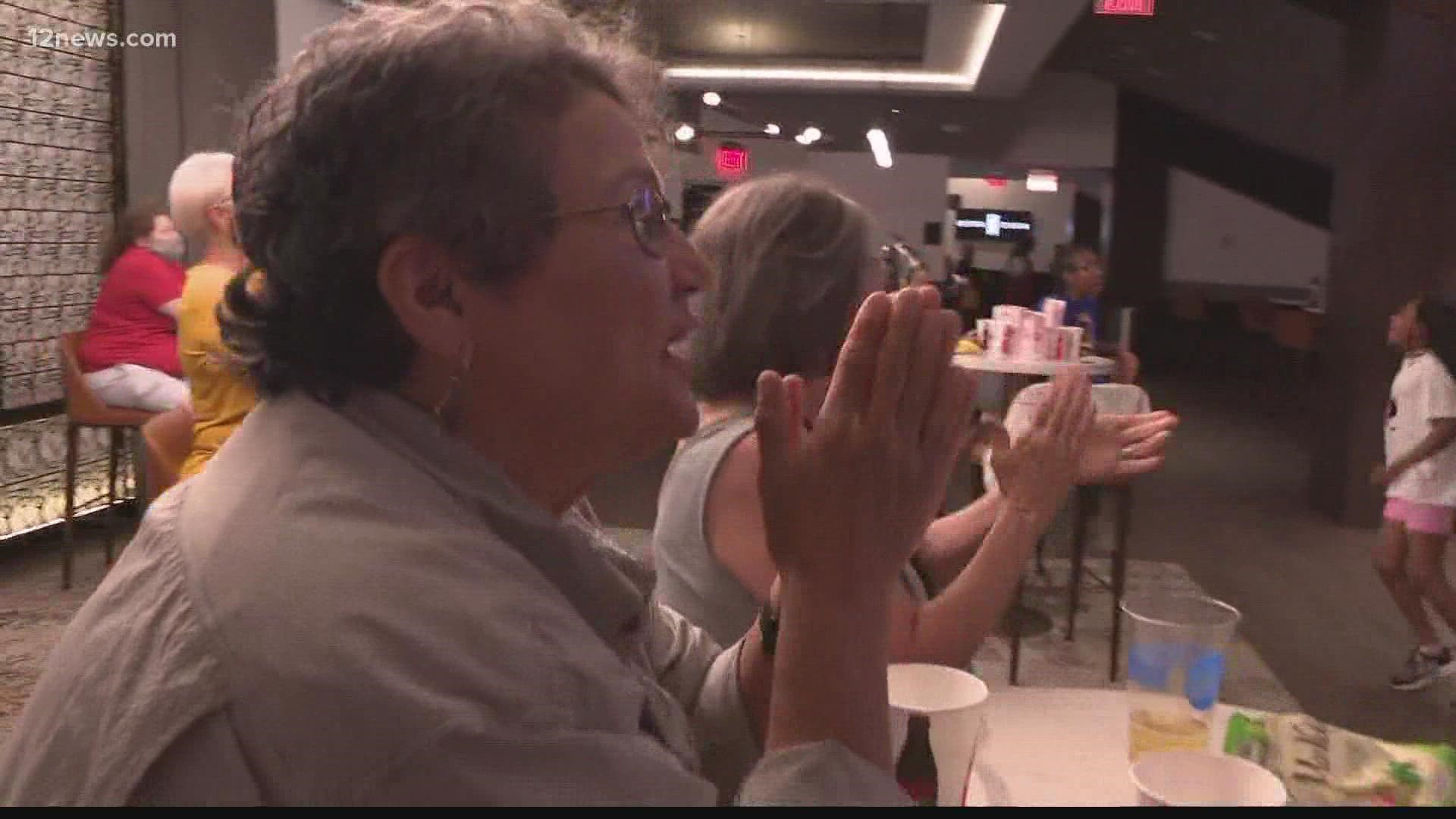 NEW YORK — The Phoenix Mercury rolled to their season-high 5th-straight win on Wednesday night with a 106-79 win over the New York Liberty, but star center Brittney Griner left the game with an injury.

Griner tried to block a shot with about two minutes left in the game, but landed awkwardly, and stayed on the floor in pain before being helped to the locker room.

Before the injury, Griner had played a great game, scoring 26 points and grabbing nine rebounds.

The team has not announced the extent of Griner's injury.

"Fingers crossed that she'll be okay and she's been playing fantastic," Mercury head coach Sandy Brondello said. "She's a resilient little thing and (I) just hope that we'll have a good result."

Griner, Skylar Diggins-Smith and Diana Taurasi combined for 74 points on the night.

The Mercury will stay in New York and take on the Liberty again Friday.