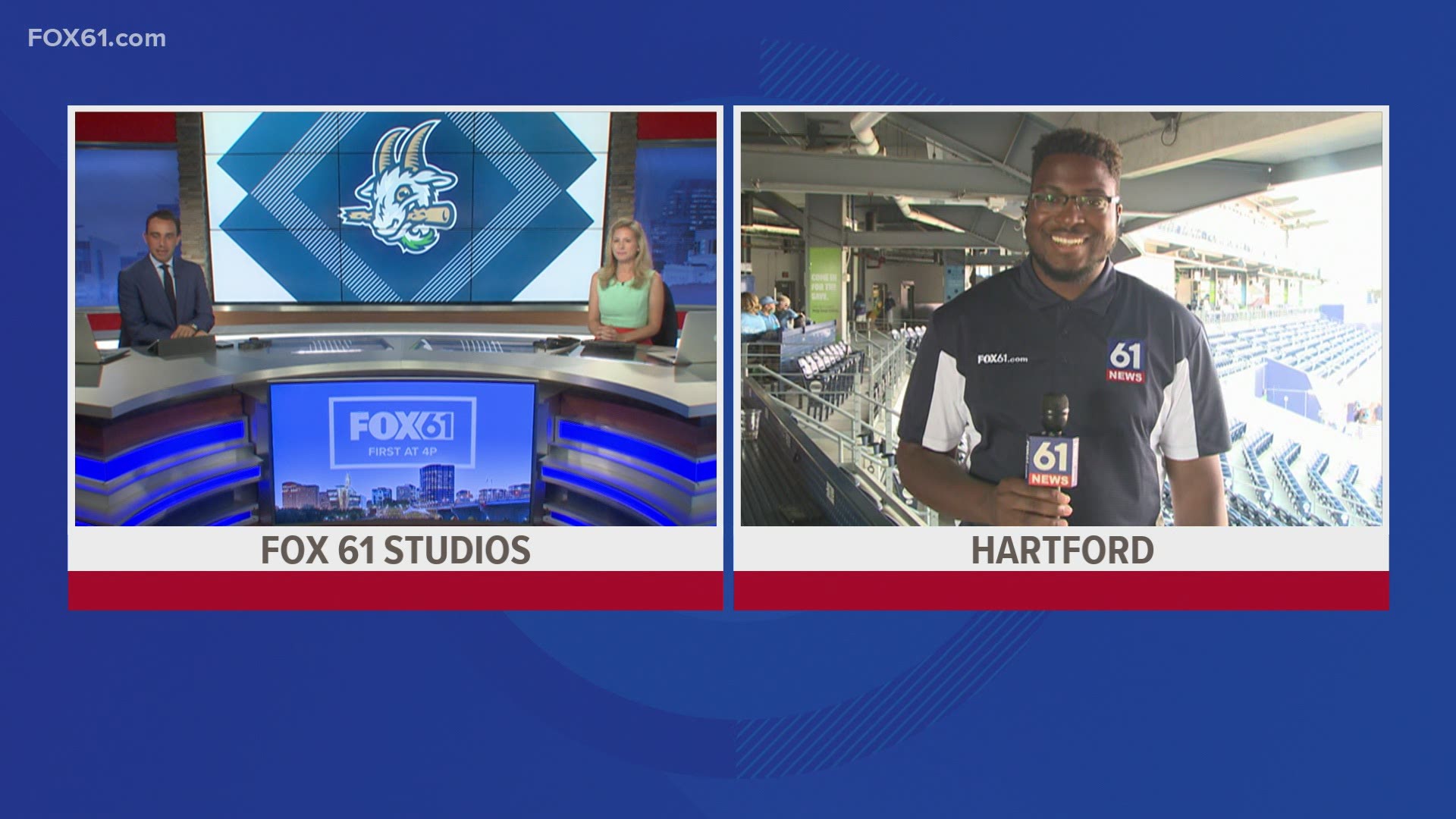 HARTFORD, Conn. — Video above is from earlier this year.

Get ready for another season of the Yard Goats!

According to the club:

The Yard Goats play mostly six-game series from Tuesday through Sunday. The Yard Goats have home games on Mother’s Day (May 8th), Father’s Day (June 19th), and the 4th of July Weekend (July 1-3).

The Yard Goats will return home next Tuesday, August 31st (7:05 PM) to host the Philadelphia Phillies affiliate, the Reading Fightin Phils. Tickets for all remaining home games may be purchased by calling the Yard Goats at 860-246-GOAT (4628), online at www.yardgoatsbaseball.com, or in person by visiting the Click It or Ticket Box Office at Dunkin’ Donuts Park.