Flash Floods Strand Cars, Buckle a Street and Flood an Apartment in Minutes

Airport Road in the Capital city caved in Friday afternoon. 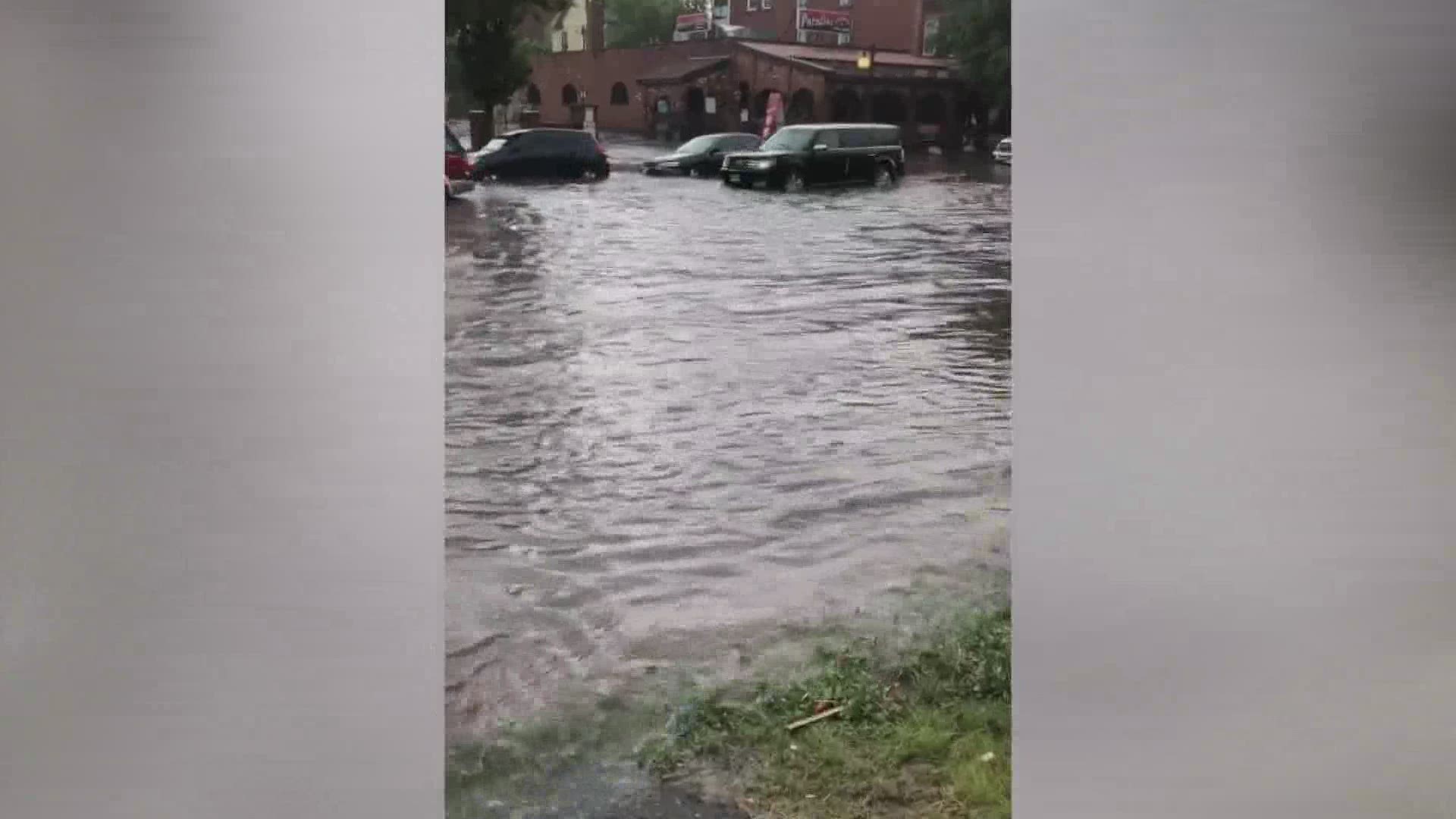 HARTFORD, Conn — Parts of the city of Hartford were turned into ponds Friday afternoon. Heavy rainstorms quickly moved through the Capital City leaving damage and floodwaters behind.

"It came down in a matter of 8 to 10 minutes and everything was full of water," said Robert Ledesma.

Ledesma watched Franklin Avenue turn transform from a busy street to a body of water from his chair at Miguel's Smooth Cuts.

Ledesma’s car wasn’t the only one stranded in the city. The water levels quickly rose to dangerous levels turning some cars into rafts.

Debris ended up on the sidewalk and clogging storm drains only adding to the trouble.

"There is like garbage cans floating down the street. Cones, they were just crossing left and right," said Ledesma.

The Hartford Fire Department says they received over 20 calls for water and flooding throughout the city. Major roads were closed including Airport road where the street buckled. It was later paved and reopened.

"You can only handle so much rain coming down at one time and if it exceeds that capacity we’re going to have flooding," said Michael Looney, the acting director of Hartford Public Works.

Unfortunately, it wasn’t only cars that got stuck. One family on Sisson Avenue was forced from their home when rainwaters flowed into their apartment. A single mother to three boys, one with special needs, packed their things to stay somewhere else for the night. The mother of that family tells FOX61 that her daughter and the boys will either stay with her or in a hotel.

"We had great support and response from [police and fire] departments with helping clear those situations," said Looney.