One dead in Wethersfield pedestrian vs. car crash

The crash happened on the Silas Deane Highway Wednesday night. 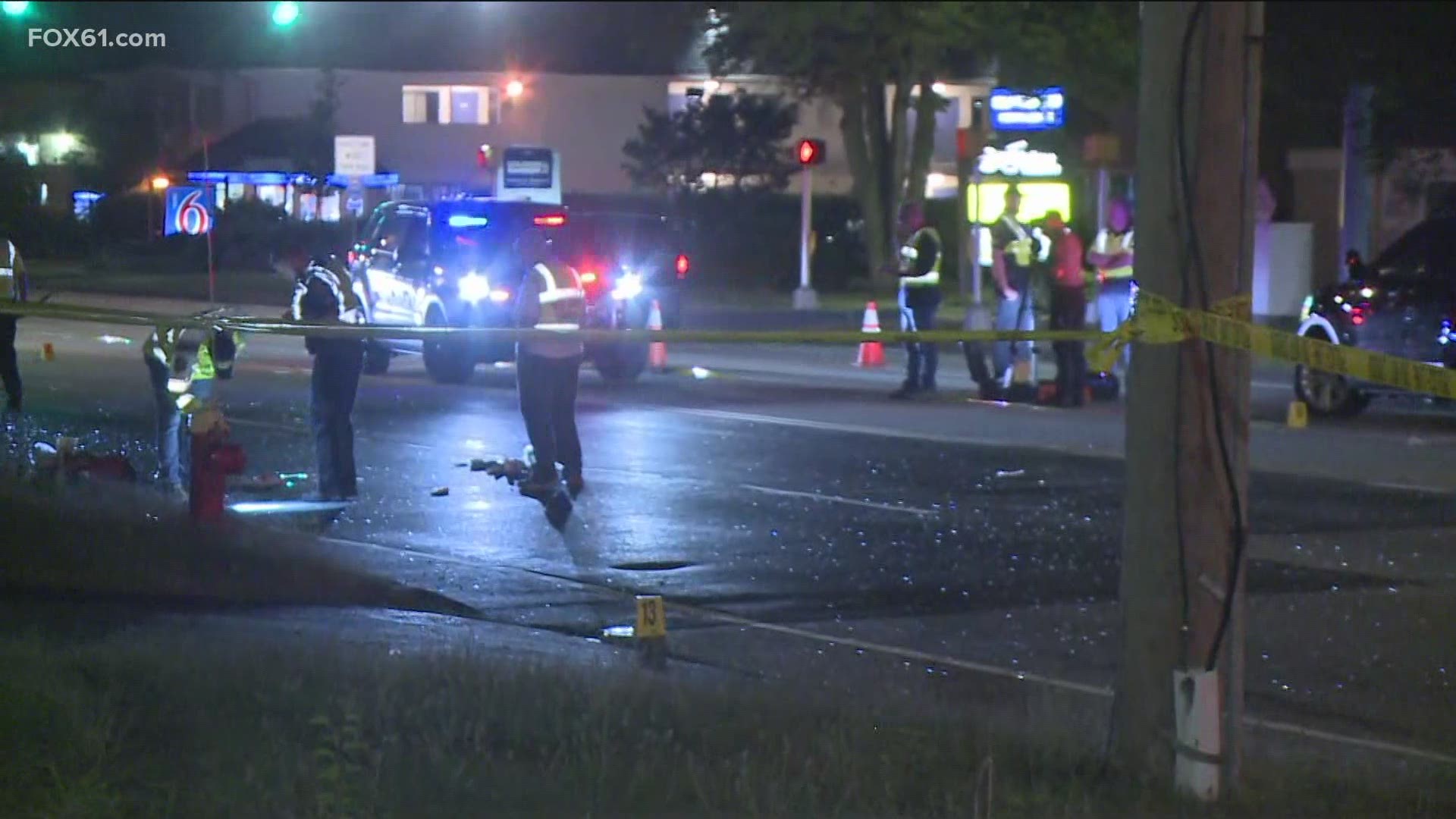 WETHERSFIELD, Conn. — Police said one person is dead after a crash on the Silas Deane Highway Wednesday night.

Police were called to the scene at 8:17 PM near 1310 Silas Deane Highway on the report of a motor vehicle collision involving a vehicle and a pedestrian.

Police said the pedestrian, who was seriously injured, was treated on scene and was taken to a local hospital where they died of their injuries. The identities of the persons involved are not being released at this time.

Police said "The operator of the vehicle remained on scene and cooperated with the investigation. Members of the Midstate Accident Reconstruction Team responded and are currently investigating. Anyone who witnessed the collision or has information regarding it should contact Wethersfield Police Officer Albert Whaples at 860-721-2715 or albert.whaples@wethersfieldct.gov."